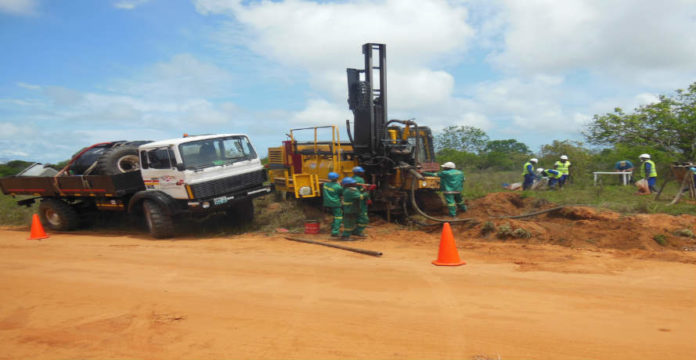 The original deal was announced in June 2015 when the two companies originally entered into a joint venture agreement. Rio Tinto and Savannah entered into the new consortium arrangement following consultation with the Ministry of Mineral Resources and Energy of Mozambique (MIREM); and are excited that it, upon commencement of operations, will bring immediate new jobs and investment to Mozambique and the Inhambane Province.

The Mutamba, Dongane and Jangamo deposits are located approximately 450 km north east of the capital city of Maputo and approximately 40 km from the ports of Inhambane and Maxixe. The combination of the Mutamba and Jangamo projects presents an opportunity to aggregate the key mineral sands projects in the Inhambane region of Mozambique. Combined, they have the potential for the definition of a large ore body, able to sustain a significant mining operation for over 20 years.

The mineralisation is amenable to dry mining and dredge mining in parts. Ilmenite is the dominant heavy mineral in the mineral assemblage. Savannah’s overall objective is to build, in partnership with Rio Tinto, a mineral sands presence of signifi cance in Mozambique, delivering, via Rio Tinto’s off -take, a stable supply of titanium feedstock to global markets and wealth creation for the people of Mozambique.

To expedite the commencement of Savannah’s operatorship, the company and Rio Tinto have agreed to transfer legal ownership of their projects to a consortium company only at a future date (which is expected to be subsequent to grant of a mining lease), subject to receiving the prior written approval of the MIREM to transfer the legal ownership in accordance with Mozambique’s mining law and regulations.

The projects include an exploration target over zones of mineralisation of between 7 and 12 Bt at a grade ranging from 3 to 4.5% total heavy minerals (THM) and will not be hampered by nonexistent infrastructure. The projects are located close to existing road, grid power, water and port infrastructure and will have access to Rio Tinto’s existing camp and equipment.

Savannah will operate Mutamba/Jangamo and will have an initial 10% beneficial interest in the combined mineral sands projects, with the potential to increase to 51% beneficial interest on the achievement of milestones. The consortium deal includes an off -take agreement on commercial terms for the sale of 100% of production to Rio Tinto (or an affiliate).

A scoping study will commence immediately, with an expected completion before the end of Q1, 2017. The combined Mutamba/Jangamo consortium will focus on defining a potential dry mining operation for staged, early development.

“Following consultation with the Ministry of Mineral Resources and Energy of Mozambique, we’re delighted to have agreed to a new consortium arrangement with Rio Tinto that will enable operations to start immediately in a combination on materially the same commercial terms as previously agreed and announced,” says David Archer, Savannah’s CEO.

“Agreeing an arrangement that enables exploration activities to be conducted on a unified basis across the Mutamba, Dongane and Jangamo projects makes significant commercial sense, effectively combining three areas which are part of the same, continuous mineralisation trend. Mutamba/Jangamo includes an established 65 Mt at 4.2% THM resource and significant expansion potential and an exploration target of between 7 and 12 Bt at a grade ranging from 3% to 4.5% THM.”

Savannah will operate the combined projects and can earn up to a 51% beneficial interest in the combined Mutamba/ Jangamo Project in stages by undertaking scoping, prefeasibility and feasibility studies. The focus is now on commencing activity on the ground, with a scoping study due to commence immediately.