Sentinel Mine – A game changer 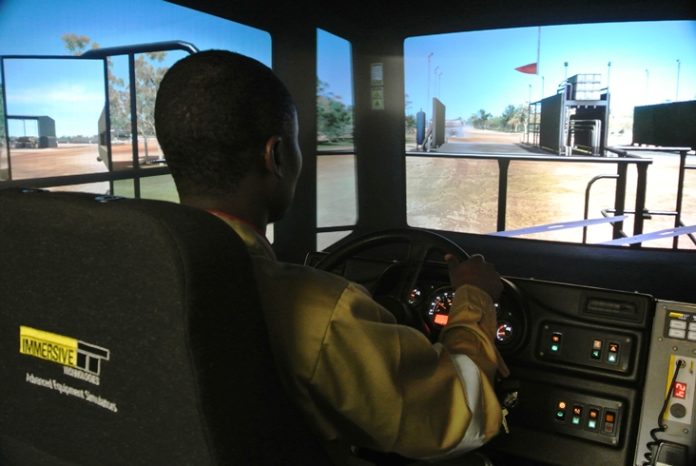 IN SHORT
According to the Zambian Chamber of Mines, Sentinel is a blueprint for the future of mining in Zambia, by virtue of its technological sophistication and because it shows that it can be economically viable to mine a low-grade copper deposit.

The new US$2.1 billion Sentinel copper mine, situated in a remote corner of Zambia’s NorthWestern province, is the Zambian mining industry’s most ambitious venture ever, and the single largest upfront infrastructure investment in the country since the Kariba Dam.

Sentinel is located in the town it gave birth to – Kalumbila – and for this reason is often referred to as Kalumbila mine. It started operating in September 2015, and is currently producing around 150 000 t of copper a year. It expects to reach full production of up to 300 000 tpa in 2017; of both concentrate and plated copper. Owned by First Quantum Minerals (FQM), the mine took five years to build. Thousands of contractors were employed, and more than 265 000 t of equipment were transported to the site, in 14 500 massive truckloads.

There was no existing power grid, so more than 600 km of power lines had to be constructed, running halfway across the country down to the west of Lusaka. Some 7 000 ha of woodland had to be cleared as well. Instead of burning the timber, FQM built a sawmill which employs 120 people and uses the wood to make fence poles, furniture and other wood products. Eventually, timber will be exported.

The Sentinel project consumed prodigious quantities of cement, fuel and food; launched many local businesses large and small; created employment; and kick-started the creation of an entire local economy where none previously existed.

The new town of Kalumbila already has more than 5 000 inhabitants, the country’s second-longest airport runway and a bold plan to become a thriving, diversified economy by the time Sentinel reaches the end of its commercial life in 25 years’ time. “Sentinel mine puts Zambia at the forefront of global mining technology,” says John Dean, commercial manager. “It sets new standards in efficiency, productivity and training, and sets a precedent for future copper-mining ventures in Zambia.” Sentinel is a low-grade, open-pit mine – the ore contains only 0.51% copper. Yet the mine is anticipated to produce a long-term return on investment because it has been designed from scratch, carries no legacy issues, and uses the most sophisticated mining technology in the world.

“ Sentinel mine puts Zambia at the forefront of global mining technology. It sets new standards in efficiency, productivity and training, and sets a precedent for future copper-mining ventures in Zambia,”

Technologically advanced
Everything is advanced – the big drill rigs allow explosives to be placed at greater depths; the trucks are gigantic, and carry heavier loads; the steel-ball mills are the world’s largest and grind larger quantities of ore; the conveyor belts are long and carry more material further; the world’s largest semi-mobile rope shovels scoop out 120 t of ore at a time from the pit, and can fill a 250 t truck in under a minute.

The entire operation runs around the clock. By night and day, the open pit resembles a massive amphitheatre where people, machinery and payloads move in a seamless, non-stop motion. “It’s all about speed, efficiency and economies of scale,” says Dean. “The mine would not be viable without this level of technology.”

The technology is expensive – and dangerous – and proper training is required. For example, the drivers of the heavy haul trucks learn their craft in sophisticated equipment in state-of the art simulators which use virtual reality to replicate real-world conditions. In one simulator session, a driver is learning to drive in heavy rain and muddy terrain.

In a room alongside, the rest of the team watch the session in real time on a bank of computer screens. All drivers have to do simulator training every two years as a refresher course, if they’ve been away from work for more than a month, or if their daily driving reports show too many errors.

“Sentinel is not just about sophisticated technology,” says Dean. “It’s also about operations, maintenance, working practices, employee productivity – and having access to affordable and reliable energy.”

Energy is an emotive issue at Sentinel. Despite having built nearly 600 km of power lines, Sentinel has yet to be fully connected to the national grid by electricity supplier Zesco. The mine is currently running on reduced supply, and needs about 30% more energy to operate at full capacity – especially as most of its sophisticated machinery and equipment uses electric power rather than diesel fuel.

Nevertheless, even at current production levels, Sentinel’s contribution to national output confirms North-Western province’s reputation as the country’s largest copper-producing region. Its three mines – FQM Sentinel, FQM Kansanshi and Barrick Lumwana – together produce nearly 500 000 t of copper a year, which is about 70% of Zambia’s annual production of 711 000 t.

“Fifteen years ago, there was no mining industry to speak of in North-Western province,” says Dean. “Today, several billion dollars of investment later, that has changed completely. The province has become the new Copperbelt. Sentinel is the most recent example of that shift.”