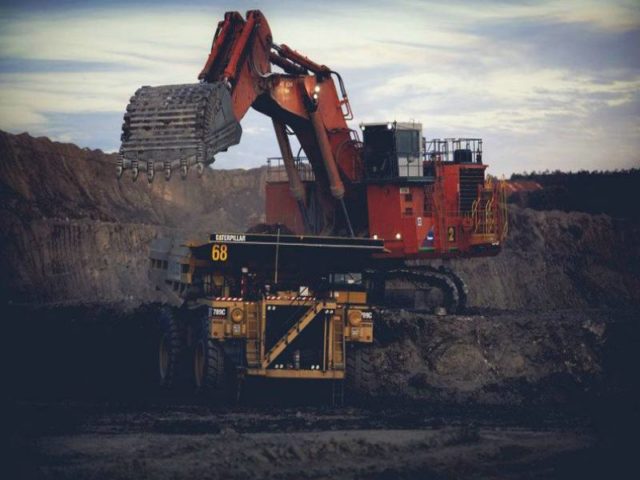 MIKE FRASER, CEO of globally diversified mining and metals company South32, stated at the Investing in African Mining Indaba 2018 conference that the company is committed to the long-term sustainability of its coal business. As proof of this statement, the company is making the largest investment in its history since its establishment to extend the lifespan of its South Africa-based Klipspruit colliery while establishing a stand-alone business for its South African coal operations, writes SASCHA SOLOMONS.

“Since South32 was formed via a demerger in 2015, the company has remained focussed on its purpose – to make a difference by developing natural resources, improving people’s lives now and for generations to come,” Fraser comments.

He explains that whilst creating a safe workplace remains the company’s priority, the strategy is to:
• Optimise current operations;
• Unlock potential by converting high quality resources into reserves; and
• Identify new investment opportunities beyond the company’s portfolio. Fraser points out that following a challenging commodities market in the 12 months post the demerger, South32 has emerged in a strong position, with the broad recovery in commodity prices a welcome tailwind.

As part of the company’s commitment to sustaining its coal business, South32 is establishing its South Africa Energy Coal (SAEC) business as a stand-alone entity, which will be effective from April 2018.

He explains that once SAEC has been established and is consistent with the company’s objective to further transform its South African operations, the company will commence a process to broaden ownership of SAEC. This will present opportunities for Broad Based Black Economic Empowerment entities, employees and communities and could lead to a listing of SAEC on the Johannesburg Stock Exchange.

SAEC will however continue to be consolidated in the Group’s financial statements on a 100% basis until there is a change in control.

Fraser notes that predictably this announcement led to speculation that this separation process and the broadening of local ownership marked the beginning of the company’s exit from the country, which he assured was not true.

“The decision we took with respect to our coal business takes into account our views on the uncertain long-term outlook for energy coal and is taken in the best interests of the business itself and what is required to ensure its sustainability,” says Fraser.

“In a scenario where there is a proactive and collaborative approach by governments, industry and society to reduce carbon emissions, there will be a decarbonisation of the global energy system, resulting in a diversification of the energy mix away from energy coal – and we are already witnessing this process in some geographies.”

Approximately 77% of South Africa’s primary energy needs are provided by coal however and this is unlikely to change significantly in the near term, given a relative lack of suitable alternatives to coal. Fraser highlights that SAEC produces energy coal for both domestic and export consumption. It has a large resource base and existing coal processing and logistics infrastructure, which creates meaningful opportunities for the business.

“Given the imperatives of operating in South Africa and the clear policy directives from Eskom and government, in our view, many of these opportunities are best leveraged by a transformed business and as such, the broadening of ownership of our SAEC business is an imperative.”

“Our transformation objectives entail embarking on a journey to establish a South African coal business that goes beyond the legislated broad based black economic empowerment criteria and Eskom’s black ownership coal supply requirements. The aim is to build a company that will reflect the demographics of the country in its workforce and create a company structure which allows black people to benefit from the value generated by the operations through owning, managing and controlling productive operations,” notes Fraser.

Achieving these goals will enable black people to participate meaningfully in the economic mainstream, by enhancing market improving access opportunities for black-owned companies, access to the value chain for emerging entrepreneurs, and creating sustainable jobs for local communities. In addition, it will be a business which can meet its long-term contractual commitments and liabilities. “Transformation is a journey which started with our intention to broaden ownership. However, we first need to ensure that the business is robust and sustainable through the cycle and that it has secured, or can secure, the necessary investment to meet its existing contractual obligations.”

In November last year, the company announced the biggest capital investment that South32 will make since its establishment three years ago – a R4.3 billion investment in the Klipspruit life extension project in Mpumalanga, South Africa.

The company has thus far invested US$4 million in H1, 2018 to progress the  R4.3 billion project that was approved by the board in November 2017. The 8 Mtpa Brownfield project will extend the life of the Klipspruit colliery by more than 20 years.

“This is one of the larger investments by a resources company in South Africa in the last few years. Aside from extending the life of the Klipspruit mine by at least 20 years, it will sustain employment for 740 people and create 4 000 jobs during construction,” Fraser concludes.