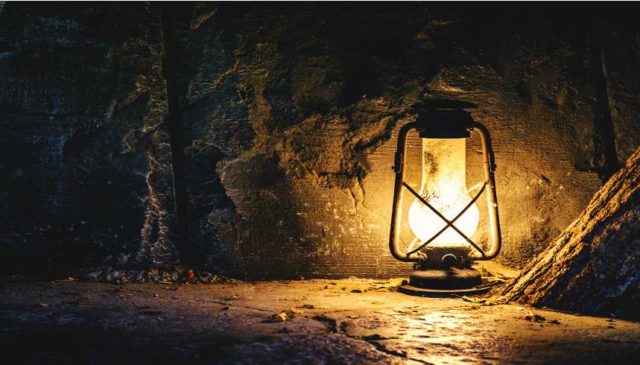 2017 was another challenging year for South Africa’s mining industry in light of a decrease in dividends and market capitalisation, various retrenchments across the industry, and marginal increases in taxes paid. However, according to industry-focused assurance, advisory and tax services provider PwC South Africa’s Mine Report 2017, spot price increases for bulk commodities supported the industry and resulted in a return to profitability after the first substantial increase in revenues in five years. Compiled by SASCHA SOLOMONS.

The year 2017 can be described as a year of policy uncertainty which generated “real” questions over the long-term sustainability of the industry, says PwC Africa energy utilities and resources leader Michal Kotzé and energy and mining assurance partner Andries Rossouw.

“After the price lows of December 2015 and January 2016, the current year saw US dollar prices recover for most commodities, with the exception of platinum. Although some USD price gains were offset by a stronger rand, the improved prices did bring the industry as a whole back into profitability,” Kotzé continues.

“Coal and iron ore in particular continued their growth path and performed well during the year. Precious metals battled with lower USD prices and a stronger rand in the second half of the period,” he adds. They explain that although the aggregate position has improved, these precious metals are still challenged as reflected in various recent announcements of planned mine closures and retrenchments.

Coal maintained its strong position as the leading South African mining commodity revenue generator. Despite its percentage of revenue generated remaining unchanged at 27%, it increased total revenue to R119 billion from the prior year’s R105 billion.

Total revenue increased by 13% (R43 billion) from the prior year. “It is notable that this is the first substantial increase in more than five years,” says Rossouw.

The gold companies’ revenues increased by 17% (R23 billion) due to improvements in USD gold prices and a weaker rand for most of the reporting period. The platinum companies have seen revenue increases of 4% from the prior year on the back of improved platinum prices for parts of the year.

Operating expenses increased by R13 billion, a 5% increase from the prior year. Continued low commodity prices have resulted in another year with significant impairments in the industry, with a total of R22 billion in impairment provisions. More than R100 billion was impaired over the last three years, more than wiping out the last two years of capital expenditure in the industry.

Rossouw points out that after last year’s net loss the companies in this year’s analysis are back into a net profit position due to lower impairments. The EBITDA margin of 26% is 6% higher than the previous year.

“It is encouraging that all commodities improved their EBITDA margins. However, the low platinum EBITDA margin (12%) is still a significant concern and threatens the sustainability of a number of operations,” he adds.

Labour still accounts for the majority of mining companies’ costs, accounting for approximately 44%. Labour costs increased by 4.5% which was marginally below inflation.

“In the last number of years we have not seen a significant change in the risks identified by mining companies.”

In 2017, the risks have remained relatively consistent – with three companies also including cybersecurity and its consequences as a risk.

Safety is probably one of the biggest success stories for the mining industry over the past 20 years. In a country where the general safety culture is very weak, as for example reflected in road deaths, the mining industry has done extremely well to reduce fatalities from above a 1 000 a year less than 20 years ago to the current levels in the 70’s.

“That said, everyone is in agreement that one fatality is one too many. Mining companies are investing in equipment, training and cultural changes to improve their safety outcomes.”

Statistics provided by the DMR show a downward trend in fatalities for the industry as a whole over the past 10 years, indicating that investments made in safety initiatives by both companies and the DMR are delivering positive results.

Value to investors in the mining sector

The mining industry continues to add value to all its stakeholders. Total value created by the entities analysed increased by 12%, from R161 billion to R180 billion. The increase is largely attributed to improving commodity prices and a significant cost focus, which had a direct impact on revenue received and profitability.

Funds reinvested in the form of capital additions and acquisitions is 16% of total value created (2016: 20%), which is significantly lower than previous years. In a low commodity price environment, companies cut back their capital spending and are focusing more on managing their working capital and reducing debt. While cash preservation strategies have effectively been maintained, the significant reduction in capital expenditure will inevitably slow down future growth.

Companies continue to feel the burden of high labour costs, adding pressure on margins. This, despite a reduction in the number of employees. The value received by employees represented 40% of total value created (2016: 39%). A number of mining companies announced retrenchments in 2017, a sign of the difficulties that the industry is facing.

The industry contributed about 5.1% to the country’s gross domestic product (GDP) compared to the previous two years of 5.4% and 6%.

Production volumes and salaries in the industry have not moved in the same direction. Shareholder dividends represent 2% of total value created (2016: 4%). This is a decrease from prior years, as companies follow through on their cash preservation strategies in reaction to lower commodity prices.

The state received 19% (2016: 17%) of total value created, which consists of direct taxes, employee taxes and mining royalties. Funds reinvested declined as companies had to cut back on capital investment in the tough trading environment.

The challenge currently faced is determining how to increase the size of the pie to create more value for all stakeholders in an environment of ever increasing costs, reducing margins and increased volatility.

Creating an environment with adequate infrastructure, less policy and regulatory uncertainty, and a skilled, yet flexible workforce should go a long way towards attracting investment and benefiting all stakeholders.

The adoption of emerging technologies in the mining industry

The use of remotely-piloted as well as autonomous drones to survey open cast mines is a common example of the adoption of emerging technology. Mines are also using autonomous drills, proximity devices, collision awareness systems for mine vehicles and trucks, cloud and mobility solutions.

The value of illegal mining and dealing of metals and diamonds in South Africa is estimated to be more than R7 billion per year. The South African gold sector has been the most adversely impacted by illegal mining within the industry, according to the companies included in the study.

“An analysis of the companies included in our study shows some key trends. Only four companies reported on the impact of illegal mining on their businesses— AngloGold Ashanti, Harmony Gold, Pan African Resources and Sibanye-Stillwater. Gold is the primary product of all of these companies.”

Gold’s high value, the large number of abandoned old gold mining areas and the relative ease of finding willing buyers has made it a commodity easily targeted for illegal mining. It should, however, also be noted that instances of illegal mining have been observed in the chrome, diamond and coal sectors.

The Chamber of Mines has emphasised the need for mining houses, the Department of Mineral Resources and the South African Police Service to work together at every level of illegal mining activity from individuals working underground to the large syndicates that organise activity and sell the end product.

• The Democratic Republic of the Congo (DRC)
The growth in the DRC mining sector since 2002 has been facilitated by the commodities boom, attractive tax and customs incentives, greater stability and an improved regulatory environment. By the end of 2016, 482 companies held mining rights, compared to 35 in 2002. The production of copper amounted to 1.035 Bt at the end of 2016 versus 27 259 t in 2002.

• Nigeria
Despite various challenges, the government has taken a number of steps to make the mining sector more attractive for investment by putting in place clear regulatory policies and operationalising existing ones. There are still a number of challenges in the sector ranging from insufficient infrastructure to regulatory conflicts. The Nigerian mining sector realises it needs to align itself with world trends and norms, especially around the future demand for various minerals.

• Tanzania
In 2016, the Tanzanian government introduced fundamental changes to the income tax regime for the extractive sector. June 2017 saw significant changes for the sector, even more fundamental than the 2016 changes. The broad objective of the new legislation is to seek to obtain a higher return to Tanzania from its natural resources.