Technology: The game changer for Kumba 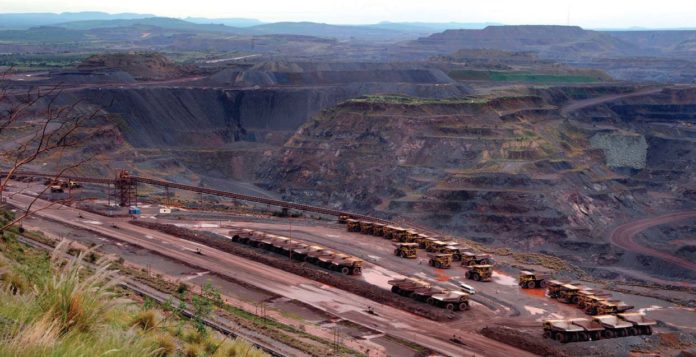 Headed up by Glen Mc Gavigan, the acting executive head of technical and projects and sponsor of Kumba’s technology strategy rollout, the company has developed and is in the process of implementing a roadmap that aims to accelerate the adoption of technology to improve safety, efficiency and improve resource utilisation. Laura Cornish writes.

The traditional key to cost reductions in the mining sector is to cut overheads and/or increase volumes mined to bring down the Rand per ton. In today’s economic climate, this is no longer suffi cient and cannot guarantee a sustainable and resilient business model. Mc Gavigan says technology holds the key to delivering feasible operations capable of surviving comfortably during mining downturns.

In 2014 Kumba’s technology focus escalated from small-scale initiatives to a key business strategy, one that now encompasses every pillar of the entire business. “We have developed a fit-forpurpose technology strategy aimed specifically at enabling Kumba to deliver on its business strategy of being a longterm, low-cost producer of high-quality iron ore.”

Kumba owns and operates two largescale iron ore operations in South Africa’s Northern Cape province – Kolomela, operational since 2009 and Sishen, an ageing asset which has just undergone a signifi cant reconfi guration from a volume to value focus. The mine fi rst became operational in 1947.

Mc Gavigan says the company has been aggressive in rolling out its technology strategy over the past year and has already achieved massive successes improving safety, overall efficiencies and productivity while reducing mining and processing costs. “Ultimately, we want to maximise our resource utilisation as best we can and incorporate further technologies which will enable us to beneficiate lower grades and extend the life of our operations.”

With the added safety benefi ts associated with the programme initiatives, Mc Gavigan and his team will deliver on their primary objective – to increase productivity and drive costs down. “We also have low grade material that arises from our current mining operations and we are working on technology to convert this material to ore and improve our resource utilisation.”

Two years later, technology now touches every pillar of Kumba’s entire business strategy and is itself a strategic pillar. “Stipulated in the technology roadmap, new initiatives introduced to reduce our cash costs must position Kumba within the lower half of the cost curve. They must also provide us with the option to increase export volumes and maintain our position as a premium supplier of high grade products.”

There are several projects which Kumba has already adopted at its two operations as part of the Horizon 1 roadmap.

“They include programmes and action plans to improve ore body prospecting and characterisation as well as increasing productivity and effi ciencies in our mining operations. Further to this it also sees the operations improve processing and asset reliability, reduce environmental footprints and better analyse information and data.

Mc Gavigan provides an outline of some of the major technology initiatives Kumba has already implemented:

The Northern Cape remains a highly prospective area, because large portions of ground with potential resource buried below surface sand layers have never been fully prospected. As such, Kumba has developed a 3D geophysical inversion model of the Northern Cape aimed at helping better understand where best to look for new deposits. Thus the time from discovery to fi rst production of a new resource could be dramatically improved. “The use of high-tech geophysical modelling techniques has enabled us to collect and interpret the data but more importantly, apply our in-house insight and tacit knowledge to the data to understand where the most prospective areas are to explore.”

Kumba has had signifi cant success with an automated drill programme at Kolomela, with six automated drills now in operation. “They have delivered improved drilling effi ciency and drill hole quality; we aim to ultimately reduce drilling costs by 15%.” This technology also improves safety by removing the drill operators from the site to a safer state-of-the art control room, where they are able to operate the machines remotely.

This initiative is now being rolled out at Sishen. “We are looking to automate two of our drills fi rst and then expand the programme if business case assumptions are confirmed,” says Mc Gavigan, noting some further achievements at Kolomela including a 16% improvement in drill utilisation and 6% improvement in availability.

Improving certain processes in operation can have a dramatic eff ect on cost and performance. At Kolomela, the installation of conveyor belt cameras (also known as particle size analysers) to actively monitor the crusher feed and product size distribution on the belts has allowed an automated crusher gap setting process control, including bin level control, to reduce the production of fi nes while ensuring constant throughput (with no manual stoppages required).

The bin level controller has resulted in a 76% decrease in the number of stops in the plant, increasing plant utilisation and throughput. It has also reduced engineering and maintenance costs. Consequently, APC is currently being implemented at Sishen this year.

This programme entails improving fleet management at Sishen and Kolomela by proving real time dispatch information to enable informed decision making, e.g. parking or re-routing of trucks if there is a shovel which is down. “We are aiming to decrease dumping times as well as queuing time by about 30 seconds per vehicle which is significant, especially for 80+ machine fleets.”

Collection, collation and standardisation of data – fully integrated from end-toend from a variety of sources through the upgrade of industrial information technology infrastructure – will improve rapid decision-making because it presents a “single truth”. This also involves the rollout of real time and remote measuring systems using UAV (unmanned aerial vehicle) fi xed-wing drones and satellite imagery at Sishen and Kolomela. This can provide daily real time information for mine planning and operations and can be used to make decisions quickly and easily based on information that is accurate and up to date.

Improving productivity and efficiency at Sishen and Kolomela is the technology foundation Mc Gavigan and his team are establishing but the real “game changer” for Kumba lies in the potential to lower the ore body cut-off grade at Sishen and unlock the full value of its mineral endowment.

Beyond this, the company is looking to further lower the cut-off grade. “This will require technologies to liberate even lower grade material and this falls into our longerterm technology vision. Once secured, it may off er the potential to extend Sishen’s life of mine beyond its current 15 years, as stated in the current resource and reserve statement,” Mc Gavigan concludes. MRA