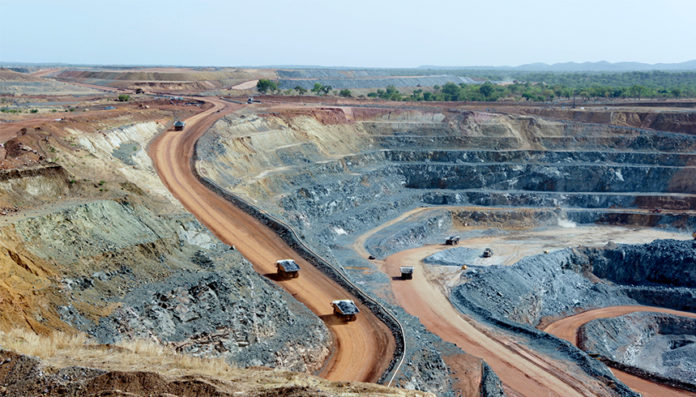 TSX/ASX-listed gold producer Teranga Gold Corporation (Teranga) has its eye set on expanding its portfolio and elevating its production status to mid-tier producer. In addition to evaluating growth opportunities at its current Senegal-based Sabodala gold mine, the company is in the process of finalising the acquisition of Gryphon Minerals which gains it access to the undeveloped Banfora gold project in Burkina Faso, writes Laura Cornish.

The success of its Sabodala mine is a testament to the dedication of Teranga to deliver a successful gold mining operation in a West African region trailing behind its gold-booming country neighbours. Based 650 km from the capital city Dakar near the Mali border, Sabodala is the first and only commercial gold mine in the country and has, since production start-up in 2009, produced over 1.2 Moz of gold.

Senegal was one of the last West African countries to modernise its mining code (late 2003) and only started issuing exploration licences in 2005. The World Bank was involved in drafting the legislation which looks like any other West African mining code with a royalty rate soon increasing from 3% to 5% and a 25% tax rate.

While President and CEO Richard Young is proud of Teranga’s production and operating achievements to date, he feels equally rewarded by its safety record. “We surpassed 10 million hours worked without a lost-time incident in the second quarter of this year. Approximately 90% of our 1 200strong workforce is Senegalese – with over half based in nearby local communities. This emphasis on safety first is taught through our extensive development training programmes,” says Young.

Additionally, Teranga is proud of its corporate social responsibility (CSR) work. “Our mission, which we take very seriously, is to share the benefits of responsible mining with all of our stakeholders. We are heavily invested in the local communities in which we operate.” In support of this, the company received an award from the United Nations Global Compact Network Canada earlier this year for including the UN’s sustainable development goals in its core business strategy and CSR initiatives.

“We are really pleased with our track record to date in this area. Our reputation as a responsible partner is integral to our success in-country,” Young emphasises.

In February 2016, Teranga announced a new life of mine (LOM) plan for the multi-pit Sabodala mine which equates to 13.5 years (with a December 31, 2015 reserve base) at an all-in sustaining cost of US$960/oz (incorporating the royalty stream agreement with Franco-Nevada Corporation that was used to consolidate the company’s land position through a joint venture acquisition of property contiguous to Sabodala in January 2014).

“We are currently mining three pits and sourcing the material to the one mill.” A 36 MW heavy oil facility powers Sabodala, which uses approximately 24 MW.

The 3.5 Mtpa – 4 Mtpa process plant recently completed a mill optimisation project aimed at alleviating constraints on the crushers. This second, carbon copy crusher facility, which was recently commissioned ahead of schedule and below budget, is anticipated to increase mill throughput by 15% and improve unit costs by 5%.

At an average gold price of $1200/oz, the company generates a cash margin of $240/ oz, resulting in significant free cash fl ow over Sabodala’s mine life . (At the end of the second quarter, Teranga had a cash balance of $58 million plus $12 million in value added tax certificates from the Government of Senegal). “Sabodala generates significant free cash fl ow which we are using to fund organic and inorganic growth.”

Teranga has several resource-reserve development initiatives underway for initial resource calculations on three new deposits scheduled for the third quarter. This is over and above Sabodala’s current 2.6 Moz in proven and probable reserves and 4.4 Moz measured and indicated resources, which is inclusive of reserves (as of December 31, 2015). “We are just scratching the surface of the exploration potential of our mine licence and our regional land package,” Young says.

Young and his team believe the company has a competitive advantage in French West Africa with legal systems, currencies, mining codes and cultures similar across country borders and is evaluating opportunities in the greater West African region.

The first such opportunity is Gryphon Minerals. With its Banfora project, exploration licences and strong team, Gryphon is a good fit for the company. Banfora is a high grade, high quality asset in one of the best jurisdictions in Africa, Young confirms, and the plan is to commence construction between July and September 2017 with major construction to begin after the rainy season in the October. It will take between 18 and 24 months to complete construction at Banfora after which it anticipates to move into production in 2019.

The acquisition was announced in June – a year after discussions between the two companies first started – and Young believes the transaction has strong shareholder support. The transaction is expected to close early in the fourth quarter.

The combination of about 200 000 ozpa from Sabodala – for the next decade – in addition to Banfora’s estimated 100 – 150 000 ozpa, will bring Teranga closer to its mid-tier gold producer aspiration, but not entirely. While the company believes that there is potential to increase Sabodala’s production (and extend the lifespan as well), it would need a third mine to reach its target.

“A third mine could come from Senegal where we have a number of exploration programmes underway on our regional land package. It could also come from Burkina Faso where Gryphon has another two prospective exploration properties. A third option could come from Côte d’Ivoire where Teranga recently signed a joint venture and picked up four large ‘and attractive’ properties totalling about 1 400 km2. According to Randgold Resources, Côte d’Ivoire is the top country in Africa for exploration in terms of its prospectivity and its mining friendly culture.”

According to Young, Teranga will continue to look at other opportunities in French West Africa and would consider targets where a resource or possibly a reserve was defined but small, and the geological team could see the potential that through additional drilling it might be able to build a mine – in other words, ”small bite-size acquisitions.” MRA

Global decarbonisation: A strategic contributor in the making