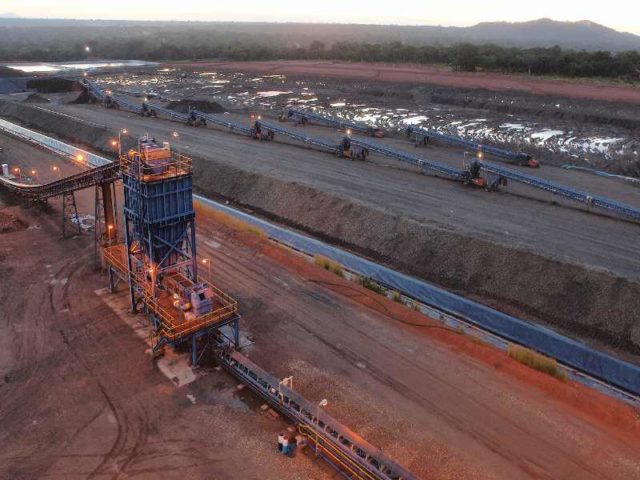 Copper producing junior Tiger Resources, whose shares remain voluntarily suspended from the ASX, has spent the last two years implementing a turnaround strategy to bring its 95%-owned Kipoi copper/cobalt operation back to profitability.

Having stabilised the mine and process plant, the company will spend 2019 putting in place measures to further enhance operating performance while tapping into new opportunities, executive chairman DAVID FRANCES tells LAURA CORNISH.

Situated 75 km north-west of Lubumbashi in the central part of the Katanga Copperbelt, Kipoi spiralled into financial difficulties after upgrading its processing capacities from producing just a copper concentrate to delivering copper cathode.

With various inadequacies across the entire plant which saw production output shrink to miniscule levels, the asset was touching on insolvency in 2016.

A number of action plans were set into motion to bring stability to the operation (and the company) in the short-term, including securing short-term debt to keep the operation from closing entirely.

“Tiger was voluntarily suspended from trading on the ASX over two years ago, then after the transaction with Sinomine was terminated in mid-2018 we restructured the entire management team at the site and at a corporate level and continued looking at options to turn the mine and the business around,” Frances states.

Today, many of the process plant obstacles have been rectified and the company is pushing forward with a number of new initiatives to drive it back into profitability and further exploit the ore body’s potential. (This is on the back of Tiger Resources’ decision not to sell Kipoi and its associated exploration assets to China-based geotechnical services company Sinomine HK for US$260 million on the grounds that they were unable to reach mutually acceptable terms).

Rewind about two years and Tiger Resources was sitting with a predicament.

The company owed approximately $15 million to its creditors, had short term overdraft facilities of $20 million, senior debt principle repayments were approaching and its tank leach circuit at Kipoi was processing 15 tph (significantly below its 50 tph design capacity) and heap leach mining activities on the main Kipoi Central pit had stopped.

“The company required between $15 million and $20 million to establish a cut-back in the pit to gain access to more ore,” Frances explains.

Thanks to an additional cash injection from shareholders Taurus and IFC, work was undertaken to bring the tank leach operation back up to its original production capacity which was achieved and in fact enhanced.

“We are now capable of processing around 100 tph and will commence at this rate again in the back half of 2019 year when suitable material is available,” Frances confirms.

The plant is receiving the last of the fine tailings dam material and also fines from crushing of Kipoi central ore (generated when the mine was delivering just a concentrate), the heaps are receiving oxide ore from the satellite Kipoi North pit.

The Kipoi North deposit will be depleted by mid-year but plans are to continue mining from the nearly Kileba deposit until the Kipoi Central pit can be cut back to access the main ore body.

Impressively, while the company is still in its turnaround phase, it still employs about 1 000 people – the majority of which are local DRC-based residents.

Bigger objectives in the pipeline

The upgrade will include:

These enhancements also provide optionality to expand operations in future with another line of comminution and tank leach and the ability to process third party ores.

The installation of a water treatment plant provides an opportunity for Tiger Resources to capitalise on cobalt value contained in the current solution inventory, as well as that from future leachates.

An optimised engineering study for the construction of a water treatment plant (including a cobalt hydroxide production facility) at Kipoi is underway.

Initial test-work, completed in Johannesburg on process liquor from Kipoi, has shown that mixed cobalt hydroxide can be successfully precipitated and separated.

The test work demonstrated that a relatively clean cobalt hydroxide product can be produced utilising the technology tested and further testing is envisaged to optimise the process and provide definitive engineering design guidance.

“The objective is to upgrade our process facilities to increase our copper output from the approximate 20 000 tpa we are targeting for this year to around 30 000 tpa within the next 12 to 18 months.

This should coincide with the introduction of a water treatment plant and a predicted increase in the price of cobalt,” Frances highlights.

At these volumes – 25 – 30 000 tpa of copper and 1 000 tpa of cobalt hydroxide –  Kipoi will operate for at least another 13 years although this is based on known oxide reserves and resources.

“The company is in discussion with the senior lenders to restructure the current debt by way of a debt for equity conversion, as part of this Tiger would consider a return to trading on the ASX with an associated capital raise which could help to fund the capital upgrades to the copper circuit and water treatment plant.

The next stage of the project’s development would entail the construction of a sulphide treatment plant at an estimated cost of between $40 and $50 million.”

Importantly, Frances points out that while the Kipoi ore body is a typical Katanga-based Copperbelt-style deposit with oxide material at surface and sulphides at depth, the mine boasts high grade sulphide material (between 3 and 6% Cu) and lower grade oxide material (1.3 – 1.4 % Cu).

“Most DRC-based copper projects are the inverse of that which means we could realise significant financial benefits when we transition to processing our sulphide ore body.”

While Tiger Resources has undertaken limited exploration over the last four years given the significant existing reserve base (611 000 t copper and resources of 858 000 t copper and 43 700 t cobalt), recent geological work has revealed additional strike and down-dip mineralisation potential.

Frances confirms that the majority of Kipoi deposits are open-ended and that the extension potential of the sulphide resource within Kipoi Central in particular is a tangible opportunity.

There are also resources not included within the current mine schedule (Judeira, Lupoto) that with further development could add significant value to Kipoi.

In addition, Tiger Resources subsidiaries have mineral rights to extensive permits in the wider area around Kipoi with wide-spread copper and cobalt anomalism which are under-explored.

“With the right management team in place and access to the required funding, Kipoi’s full span potential can be exploited and the value returned to its shareholders and stakeholders,” Frances concludes.