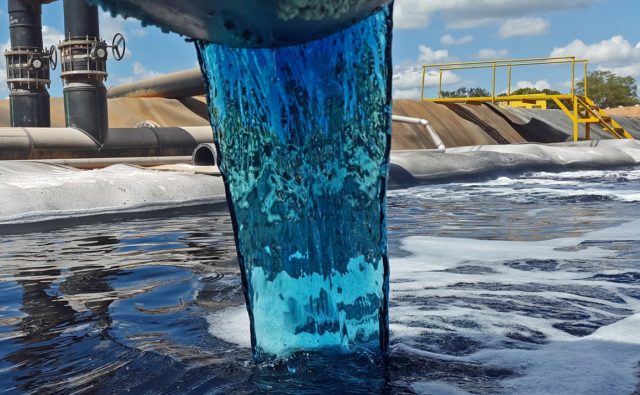 ASX-listed junior copper producer Tiger Resources initiated a debottlenecking process in February that will enable the company to unlock capacity within the processing plant at its Kipoi copper project in the Democratic Republic of Congo (DRC). Once complete, the project will enable the company to increase its nameplate production capacity to 32 500 tpa by year end, COO Charles Carron-Brown tells Chantelle Kotze.

The Kipoi copper project, operated by SEK (Société d’Exploitation de Kipoi), a 95%-owned subsidiary of Tiger Resources, is located 75 km northwest of Lubumbashi in the central part of the Katanga Copperbelt.

The company first acquired a 60% interest in the Kipoi project in 2007 by undertaking a feasibility study based on a staged development approach at the project and making payments to the previous owners based on the reserves identified.

Tiger Resources then acquired the remaining 40% from its partner, the stateowned mining company Geçamines, during 2014 and has since ceded 5% to the state in accordance with the local mining code.

As of December 2014, mineral resources for Kipoi were 938 000 t of copper. The current life of mine at the project is 16 years which takes into account the increased operating rate of 32 500 tpa. However, it is envisaged that ore from Judeira and the nearby project of Lupoto will be fed into the Kipoi plant to provide additional mine life to the project.

In terms of exploiting the copper resources, Tiger Resources chose to adopt a staged development approach at Kipoi. Stage 1 involved exploiting the high-grade oxide copper mineralisation at Kipoi Central, in which a heavy media separation (HMS) plant was in operation from 2011 to late 2014, producing approximately 171 000 t of copper concentrate. The HMS plant ceased operation in August 2014, when the highgrade oxide material was exhausted and when the plant was found unable to cost effectively process high-grade transitional material to produce a mixed sulphide/ oxide concentrate.

Tiger Resources commenced production of copper cathode in May 2014 as Stage 2 of the project which required a $172 million investment in a solvent extraction and electro-winning (SX-EW) plant.

Reject fl oats and medium-grade run-ofmine (ROM) ore stockpiles from Stage 1 were processed allowing Tiger Resources to suspend mining operations for a period of two years. As a direct result, no mining was required for the first two years of Stage 2 operations, with mining anticipated to recommence in the third quarter of 2016 with the stripping of Kipoi Central and ore mining commencing in the first quarter 2017.

Carron-Brown explains that the company chose to develop Kipoi in stages as financing a large SX-EW operation would have been extremely challenging for a small exploration company in the DRC in 2008 when it first acquired an interest in Kipoi.

Tiger Resources therefore decided that it would develop the high-grade central core at Kipoi and process the copper with a relatively cheap HMS plant that would provide sufficient cash fl ow to allow the financing of the second-stage SX-EW plant. “We also planned the SX-EW operation in phases as it would be easier to finance,” he notes.

Going forward, Tiger Resources plans to increase production from the 25 000 tpa nameplate capacity to 32 500 tpa through the debottlenecking process. The process requires a capital investment of US$25 million and it is estimated that the average life-of-mine operating cost will be in the order of $1.27/lb. This process enables the company to increase annual production by 30% with minimal capital outlay.

The debottlenecking will require the installation of a further 14 EW cells in addition to the current 94 cells. This will enable the plant’s nameplate production to increase to 32 500 tpa. To feed this expanded EW circuit, the company must deliver a consistent quality pregnant liquor solution (PLS) year-round from its heap leach to the SX plant, and this is diffi cult to do from a heap leach during the wet season in the DRC, explains Carron-Brown.

Therefore, the second aspect of the debottlenecking is to install a 320 000 tpa tank leach sufficient to produce up to 9 600 tpa of copper in PLS, as this will allow us to increase production to 32 500 tpa and will treat both stockpile slimes as well as slimes washed from ROM feed and ensure the production of a consistent quality copper PLS.

The debottlenecking will enable the company to consistently produce about 2 700 tpm of copper from the new plant – 800 tpm from the tank leach and 1 900 tpm from the heap leach.

Tiger Resources is currently finalising all the contracts for the debottlenecking programme and expects to commence construction in March, with the targeted completion being during the fourth quarter of 2016.

Tiger Resources’ heap leach is preceded by an agglomerator, a vital part of the process as it starts the leaching of copper and ensures that once stacked and cured, the heaps are stable.

Testwork has shown that the company is able to obtain an additional 5% recovery, while also reducing acid consumption by including this step. Carron-Brown says that results have proven that the testwork was correct and that the heap leach is performing slightly better than expected. From the heap leach, the copper producer is generally able to produce 800 m3/h of PLS at 4g/ℓ, which equates to a production total of about 72 tpd of copper or about 1 504 cathodes per day, each weighing 40-50 kg.

“We run two ponds, a PLS pond and an ILS pond. The ILS is recirculated through the heap leach until it leaches enough copper. This liquid is then directed to the SX-EX plant where the copper is extracted, charged and plated.

The company current has four heap leach pads in operation at the moment with a further two under construction and an additional six pads expected to be put into operation over the next two to three years to support the debottlenecking project.

Construction of the Stage 2 SX-EW plant commenced in January 2013 and was commissioned in May 2014 – the fastest ever SX-EW built in the DRC’s history. Designed and built by African processing engineering company SENET, the plant has a nameplate capacity of 25 000 tpa and consists of a three-cell two-stage solvent extraction plant and a 94-cell electrowinning plant.

SENET will also be involved in the plant extension which entails installation of an additional 14 EW cells, as well as the construct the 320 000 tpa tank leach – which will produce a consistent quality PLS solution during the wet season.

The most significant challenges at the Kipoi project have been financial ones, Carron-Brown states, adding that as a junior mining company, trying to raise the finance necessary to build an SX-EW plant in the DRC has proven difficult.

“While we understand investors’ view that there is some risk involved in operating in a region such as the DRC, our long-term involvement in the country with little impediment has removed some of this risk for us. Our strong working relationship with the DRC government, enviable safety record at Kipoi has further strengthened this,” he enthuses.

The company initially negotiated short term debt through an off take agreement and via a private fund manager Taurus Funds Management.

In January, Tiger Resources refinanced the earlier debt with a long-term secured Medium-grade ROM ore stockpiles from Stage 1 were processed during the first two years of Stage 2 Tiger Resources has adopted a staged development approach at Kipoi debt facility of $162.5 million with Taurus Mining Finance Fund and the International Finance Corporation (IFC) explains Carron-Brown, adding that this is the IFC’s first investment in mining in the DRC since 2008.

We believe the fact that the corporation chose Tiger and the Kipoi project shows the quality of project and its management as well as its environmental and social management systems,” he says. In January, Tiger Resources is also completed the retail component of its non-renounceable accelerated entitlement off er. Under the retail entitlement offer, Tiger Resources received valid applications from eligible retail shareholders for approximately 107 million new shares, raising $3.5 million.

Meanwhile, about $13 million was raised via the institutional component of the entitlement off er and the placement to Resource Capital Funds.