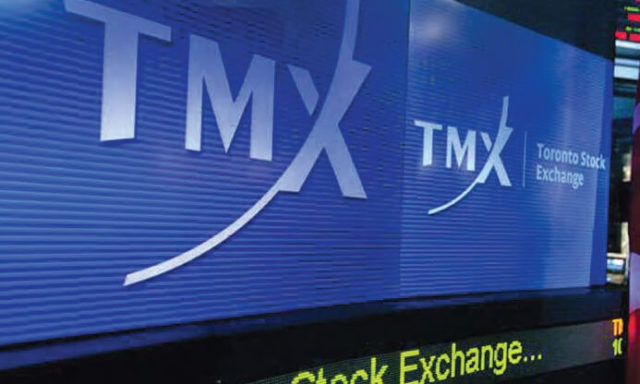 Despite the extremely challenging market conditions that the mining sector experienced in 2015 and 2016, Toronto Stock Exchange (TSX) and TSX Venture Exchange (TSXV) remain Canada’s leading equity capital markets – which can largely be attributed to solid performance from the global mining sector – with many of those companies developing African project portfolios, writes Laura Cornish.

Speaking at the 10th Annual Investing in African Mining seminar in London hosted by Africa-focused business development, marketing and educational company MineAfrica late in 2016, Wertheim continued: “To provide better context, in the last five years, 50% of every dollar raised for global public mining companies was raised on TSX or TSXV.”

And in 2015 alone, 53% of all global mining financings were done on TSX or TSXV.

A strong 2016 year for the stock exchange

While a significant sum of C$6.8 million was raised in 2015 for mining companies on the Toronto markets, 2016 saw a significant increase with a total of $8.4 billion raised to October 2016. This was done through well over 1 000 transactions, up from 748 in 2015. “The improvement in 2016 is good news. We saw a drastic change in sentiment which continued to look up as the year progressed. We saw a considerable increase in the number of financings as well as new companies listing on our markets. There was also a 30% increase in the number of financing transactions from our junior market,” Wertheim states.

At $ 114 million, Reservoir Minerals (which merged with Nevsun Resources in June 2016) topped the scales for the largest mining financing deal in 2016. On TSX, Franco-Nevada raised the largest sum of money at $1.3 billion. African miners Kinross Gold Corporation and IAMGold made the top five list in financing deals for the year, securing $386 million and $297 million respectively. “Towards the end of 2016 we saw Teranga Gold Corporation raise $70 million for its Sabodala gold mine in Senegal. Such significant financings indicate positive investment sentiment for the African continent.”

What could be considered most important, Wertheim points out, is that in the first half of 2016, 606 mining companies listed on TSX and TSXV saw their share price appreciate over 100% (517 on TSXV and 89 on TSX). “We saw a lot of really positive investments in the industry during this period which importantly reinforced the change in general investment sentiment and helped improve overall comfort levels for the investment market.”

“Our markets have historically provided great opportunity to raise capital for companies with assets in Africa,” Wertheim notes.

There are 132 Africa-focused mining companies listed on the two Toronto exchanges (including two new company listings) which between them raised $1.1 billion in equity capital in 2015. Together they own 492 mining properties across 37 countries on the continent. “We also fare quite well in Africa by comparison with our two biggest competitors. The Australian Stock Exchange (ASX) holds a registered 156 African mining companies while the combined London Stock Exchange (LSE) and Alternative Investment Market (AIM) holds 78. This speaks to the significant investor interest in mining in Africa.”

While TSXV was the strongest performing global index in 2016, thanks largely to the mining sector, Wertheim and her colleagues have identified numerous areas that could help them address the challenges many companies continue to suffer as a result of weaker market conditions. This follows on the back of a white paper which was released late in 2015 which outlines tactics and initiatives intended to “improve the markets” as well as a cross-country public consultation period (including clients and stakeholders) to gather more feedback on how to better serve clients.

The results of these initiatives have outlined three main pillars of focus which include:

• Meaningfully reducing clients’ administrative and compliance costs without compromising investor confidence;
• Expanding the base of investors financing companies and generally enhancing liquidity; and
• Diversifying and growing the stock list to increase the attractiveness of the marketplace. MRA

YOUR PARTNER TO SUCCESS IN AFRICA
MineAfrica is a business development and marketing company providing the premier platform, since 2002, for mining companies, advisors to the mining industry, service providers and governments to promote themselves to a senior level, Africa-focused audience of fi nancial institutions, analysts, mining executives and media. MineAfrica has hosted successful seminars on the side lines of many signifi cant global conferences including Mines and Money London in the UK and the Prospectors and Developers Association of Canada (PDAC) convention in North America, which is the largest African-focused mining event in North America. In addition to its seminars MineAfrica hosts several educational courses in various cities including Toronto, London and Cape Town.