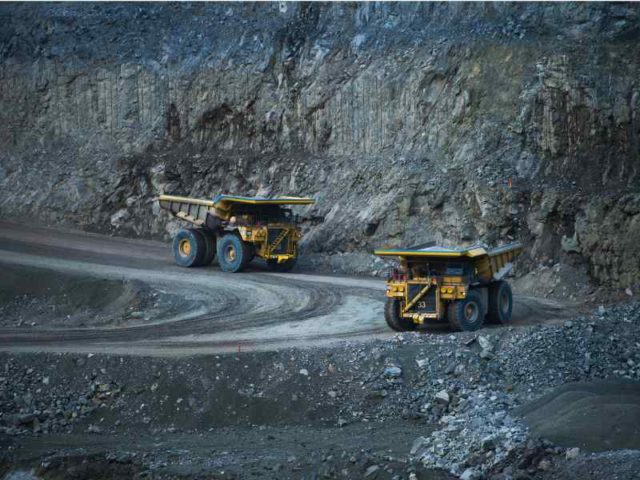 As the open pit at De Beers’ Venetia diamond mine approaches the end of its life in 2023, the company is determined to stay at the leading edge of safety technology, with the upgrading of its proximity detection systems and related safety equipment.

According to Venetia’s senior manager for safety and sustainable development, Hendrick Matjila, trackless mobile machinery (TMM) is one of the highest risks contributing to fatalities in the South African mining industry.

“When analysing these safety figures, it is clear that mines must make an impact in reducing and eliminating TMM related incidents as we address the safety and other risks that are inherent to our business in the mining sector,” says Matjila.

“So the introduction of PDS systems at Venetia goes back many years – it is not a new intervention.”

He highlights that the company’s Zero Harm philosophy regards safety in the workplace as a key operational pillar.

“From the perspective of Zero Harm, the safety of employees is our highest value,” he says.

“The ongoing investment in this technology is therefore easily justified, as we have seen the number of TMM-related incidents reduce significantly alongside our implementation and upgrading these systems. However, even if we were only introducing this technology now for it to run for the next five years, it would still be worth it; there is no price to be placed on safety.”

Stephen van der Bank, Venetia’s control and instrumentation engineer, points out that the installation of PDS at the mine was, in fact, preceded by interventions that focused on driver fatigue.

“Our initial risk assessment and root cause analysis showed that the majority of our TMM incidents were related to fatigue, so this was the first aspect of the system to be installed,” says Van der Bank.

“We opted for a top-of-the-range solution from GuardVant, which allowed us to later augment this system with PDS functionality.”

The initial implementation of this safety-enhancing technology at Venetia was about seven years ago, and there are now two different PDS systems deployed on the mine’s earthmoving machines.

“The majority of the 70 earthmoving vehicles in the mine’s fleet are fitted with the GuardVant system, which was initially acquired in 2011 and is an integrated fatigue and PDS system,” he says.

“It is installed in all haul trucks and shovels, and in most of the auxiliary equipment; it was selected because it was the most reliable, appropriate and technologically advanced fatigue system available on the market.”

The wheel dozers – in which fatigue detection is not appropriate due to the constant movement of the operator’s head – are instead fitted with a Preview PDS system.

Since the initial installations, the PDS system has evolved.

Today it is a combination of proximity radars and closed-circuit television (CCTV) to cover all the blind spots around earthmoving vehicles – with the radar detecting any obstacles, people or other vehicles in the vicinity of the vehicle.

When an object is picked up by the radar, an audible alarm in the truck is activated and the camera facing in the direction of the object is automatically turned on. This gives the operator a full view of the object.

Matjila emphasizes that the installations have been made not only on the mine-owned trucks, but also on its contractors’ 21 trucks, and this was at the mine’s expense. This is necessary because when it comes to safety there is no distinction between mine and contractors.

He highlights that De Beers also makes use of PDS systems at its Voorspoed mine near Kroonstad in the Free State province.

This allows sharing of experiences between these operations and facilitates the implementation of best practice.

With the upgrading process comes a range of other indirect costs associated with the more advanced information and communication technology.

For instance, the pit mesh network that carries the data from the PDS equipment on the trucks to the control room must also provide added bandwidth to keep up with the demands of the video stream.

“The GuardVant system forms a profile of each operator through the use of cameras and other equipment, and vast amounts of digital information must be transferred through the wireless network and stored on servers for us to fully leverage the benefit of this monitoring and profiling,” says Van der Bank.

“This required a more sophisticated pit mesh system, including 129 Rajant units being installed around the pit over the last three years to replace the previous Motorola system.”

Other costs include the permanent employment of a fatigue monitoring operator in the mine’s control room, watching the screens for any signs of operator fatigue or issues with vehicle proximity to objects.

To enhance the level of safety on site, this operator is able to engage directly with operators by radio, as well as to escalate matters to a supervisor.

Much in the news in recent years, Venetia’s US$2 billion underground operation – which has been in development since 2013 – is also using PDS.

The system currently employed is from Booyco Electronics, and it operates mainly in the decline shaft.

The Booyco PDS warns vehicles and pedestrians when they are in close proximity to each other.

Looking ahead to when the underground mine becomes operational, some of the options considered in the mining equipment include full automated load-haul dumpers (LHDs). Under these conditions, PDS systems will no doubt have an even more important role to play.

“The technology in this field is still developing, but it is important to be working towards this standard as part of our safety journey, and to ensure compliance when regulations steadily become more stringent,” he concludes.