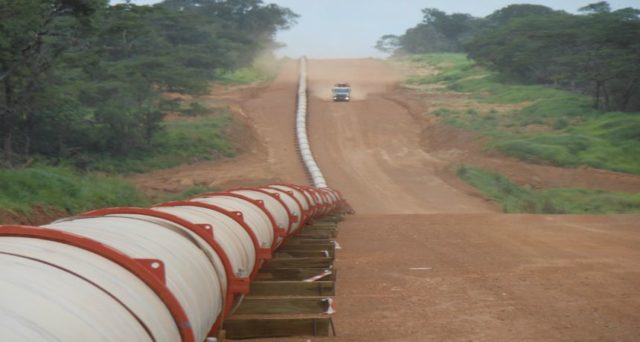 Although they can be huge, the pay-offs in mining are never quick or easy. Mining requires large capital input, and new projects or expansions may take some time to start yielding cash fl ow. At the same time, miners are also subjected to the vagaries of commodity prices.

This means that mining companies need to ensure they eliminate unnecessary costs, project delays and down time wherever possible. Barry van Jaarsveld, Victaulic regional manager for Africa, says mechanical pipe joining systems can assist on all three of these counts. Victaulic pipe joining solutions offer an alternative to the use of flanges or welding to connect piping systems and drastically reduce the time necessary to install and maintain these connections.

Van Jaarsveld says Victaulic’s coupling systems allow mines to install piping systems in 15% of the time it would have taken to install a flange system. As Victaulic’s mechanical pipe joining system requires no welding it requires fewer and less skilled workers, further reducing installation costs. “With no fire risk there is no need for fire protection and the health and safety risks on the job site are drastically reduced. You also need fewer people working on site for a shorter period of time, which in itself reduces health and safety risks.”

Van Jaarsveld believes mines need to think about the cost of a project in a more holistic way. “Mines should not only think about the cost of the fittings they are installing, but also consider the cost of labour, potential health and safety risks and the cost of transporting workers underground to install pipelines. It is also very important to take into account the cost of dragging out expansion projects longer than necessary. The sooner a plant can begin operating, the sooner it can start being profitable.”

There is also still a widely held perception that pipe coupling technology can only be used on a temporary basis, Van Jaarsveld continues. Victaulic products are built to strict international standards and have a unique proprietary design. “We make use of gaskets constructed from synthetic polymers optimised for long life through their chemical formulation. This means Victaulic offers a permanent solution. If the correct installation process is followed we can guarantee our joints over the lifetime of the piping system, which will be much cheaper and easier to maintain.”

Victaulic is the originator and world’s leading producer of mechanical pipe joining solutions, including grooved fittings and couplings. Originally known as The Victory Pipe Joint Company, Victaulic began to market a revolutionary new concept in the piping industry – a mechanical bolted coupling that would engage into grooves and use a gasket seal.

The idea for joining pipe with bolted mechanical couplings emerged during World War I and the “Victaulic Pipe Joint” was originally designed for military applications. It was patented in 1919 and quickly gained popularity in other commercial and industrial markets.

For example, the Victaulic knife gate valve has been designed to contain all the parts subject to wear in a single cartridge kit. This cartridge can be swapped out and replaced easily and it is no longer necessary to replace the entire valve. “It can take between two and three hours to loosen and replace a flange. The Victaulic Knife gate valve can be maintained by only replacing the cartridge inside, instead of taking out and replacing the entire valve. This cuts the time necessary to maintain it to between 15 minutes and half an hour,” explains Van Jaarsveld.

He says the impact of the reduced time necessary to maintain Victaulic’s coupling systems becomes especially evident in cases of unplanned maintenance. “Mines lose money during every minute production has to stand still. For example, a mining client recently told us that every hour his plant stands still effectively costs him R250 000 in lost production. This means that reduced maintenance time when replacing a Victaulic knife gate valve can save him as much as R687 500 in just one day. Over a year where several cases of unplanned maintenance can occur this number can be much larger.”

Van Jaarsveld says investors in the African mining industry often need to make extensive investments in infrastructure before mines can begin production. Victaulic has supplied products to and completed a number of piping system projects in different countries in Africa including South Africa, Gabon, Namibia and Kenya; and trained Victaulic product installers in Mali, Botswana, Tanzania and Burkina Faso, to name a few. “Victaulic’s sales force and tradition of product innovation have been key to our success and we strongly believe that we can compete effectively in servicing customers in Africa.”