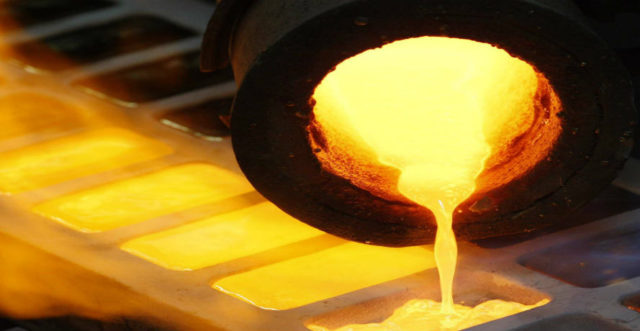 White Rivers Exploration is set to revitalise the Witwatersrand Basin as it targets bringing a major new mine on stream in the next three years.

Ten year old privately-owned South African gold explorer and developer White Rivers Exploration (WRE) is proving that the Witwatersrand Basin is not yet ready to enter its twilight mining years. Th e company’s priority project, located in the Basin, which it owns in joint venture with gold major Harmony Gold, is the second largest undeveloped gold resource in the world – and could be developed and brought into production within the next three years, writes Laura Cornish.

WRE founder and major shareholder Mark Creasy has always clearly believed that the Witwatersrand Basin’s potential to mine significant gold volumes is far from over. It was this motivation and belief which saw the establishment of WRE, whose sole purpose was to acquire mining prospects within the Basin that were dropped back in 2007 when the majors had to convert their old order mining rights to new mining rights and in doing so exit from properties that were sitting idle.

Having acquired a significant number of properties in the region, which in many instances abut existing operations and underutilised infrastructure, WRE has spent the last eight years proving up its tenement prospectivity by acquiring old borehole databases from various sources (the Council of Geosciences, mining houses and geologists) and evaluating that data.

“We now have the largest privately owned database of the Witwatersrand Basin in South Africa, comprising some 2 500 drill holes of information – largely located in the Free State where the majority of our tenements lie. Having built up the properties’ prospectivity thanks to our substantial complement of experienced geologists from consulting firm Shango Solutions, WRE has been able to up-value the portfolio, relinquish certain properties and prioritise our focus areas,” outlines WRE executive chairman Neil Warburton, a mining engineer by profession.

A CLOSER LOOK AT SHANGO SOLUTIONS

WRE’s data evaluation and interpretation led to what is currently its top priority prospect – 9.56 km2 in size and situated alongside Harmony’s Gold’s Target mine. Known as the WRE-Harmony joint venture project (JV), it is owned 65% by WRE and 35% by Harmony Gold following a binding heads of agreement to work together on the property in May 2014. Following a decision to mine, whereby the JV can utilise Harmony’s nearby Target Mine infrastructure, Harmony becomes manager and 51% owner and WRE 49%.

Having spent the last two and a half years collecting additional data on the property, which includes up to 100 km of underground diamond drilling data never before electronically recorded, September 2016 saw the company announce a significant JORC 2012 Tenement plan showing White Rivers Exploration’s assets compliant gold resource of 11.4 Moz at 8.89 g/t gold at the joint venture project, making it one of the world’s largest unmined, high grade gold resources. The total resources in the JV project include a 1 km surrounding buff er zone which will attract a net smelter royalty payable to Harmony Gold once the project is in production.

With a defined resource in hand, an independent scoping study and 3D geological model have also been completed to determine mining rates from different shafts, annual gold production and the overall mine plan. The results of the scoping study (+/- 30%) have shown “very impressive preliminary economic returns” with gold recovery circa 6.68 Moz over a 30+ year mine life from the measured, indicated and inferred resources.

Mining will target multiple high grade gold reef depths from between 1 100 m and 2 200 m below surface – which by South African gold mining standards is shallow. “The JV is targeting a production rate of between 250 000 oz and 300 000 oz of gold per annum,” Warburton notes. (The JV project is also highly prospective for uranium.)

One of the project’s prime advantages,the executive chairman continues, is its location and proximity to Harmony Gold’s Target mine which provides direct access to existing infrastructure (underground workings, shafts and ventilation shafts, dewatering plants, tailings dams, etc.), thereby limiting capital funding required and facilitating a fast-track development, resulting in a pay-back of under four years. “We will need to completely refurbish the existing Target No.2 shaft, headgear and underground loading facilities which have not been used for about 20 years and must enable it to accommodate a larger skip for our production requirements.

”Discussing the project’s timeframe, Warburton notes that a pre-feasibility study on the joint venture project is due to be completed in June this year, following which a bankable study will commence assuming the results of the study will be as expected. “A bankable study would take another 12 months to complete after which it is estimated that up to a year is required to complete initial refurbishment and development activities in order to produce first gold.”

During its database geological evaluations, WRE discovered a series of gold veins situated just 200 m – 300 m below the surface at its Bothaville project in the Free State relatively close to the town of Welkom. “We are extremely excited about this discovery and have applied for and been granted a new prospecting licence over the area.

”WRE has also already signed an agreement with a public company to acquire additional borehole databases of information on the area, which in combination with its own database could help deliver an inferred JORC compliant resource for the project within the next six months. “If this project meets our expectations, then surface drilling can be expected in 2017 and initial mine studies in early 2018. The ore bodies should be easily accessed via declines from the surface.”

Siyabonga Yende excited to be back in his ADT