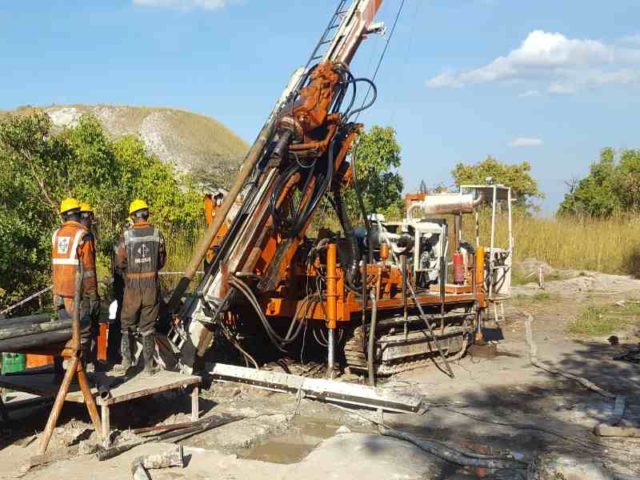 AVZ Minerals, who is developing the Manono lithium project in southern DRC, is currently underway with a 5 Mtpa and 10 Mtpa scoping study.

The study is aimed at further improving the project economics, especially in the areas of transport, processing, lowering strip ratio and increasing of mine life.

The Manono project, which is located about 500 km north of Lubumbashi, comprises one main exploration permit covering 242.25 km2, surrounding the world-class historic Manono tin mine.

The Manono lithium, tin, caesium, tantalum pegmatite deposit, which has a strike length of at least 13 km, was historically mined for its tin content between 1919 and 1980.

The scoping study on a 2 Mtpa project, with a capex estimate of approximately US$150 to $160 million, demonstrated the potential for promising economic outcomes including a pre-tax pre-royalties net-present value of approximately U$1.6 billion (AVZ’s 60% share is approximately $0.93 billion) with an estimated internal rate of return greater than 90% based on a 35% accuracy and including $36 million in capital contingency.

The study indicated the potential to produce approximately 440 000 tpa at a minimum of 5.8% lithium oxide concentrate at a throughput of 2 Mtpa of pegmatite ore with low strip ratio of 0.7:1.

The study also estimated free-on-board operating costs to Dar-es-Salaam at approximately $355/t of concentrate for 2 Mtpa.

Metallurgical test work indicated that recoveries in excess of 80% are achievable.

Despite the impressive scoping study results, AVZ Minerals is confident that the project economics can be improved further and is therefore working quickly to bring to market a 4 Mtpa and 10 Mtpa scoping study, which are particularly focused on leveraging economies of scale and optimisation of proposed expenditures to further improve on the results already contained in the 2 Mtpa study.

Should the decision to expand production – significantly – this could be a game changer for the company and position it well amongst global lithium miners.

As part of the scoping study work, AVZ Minerals has reviewed several methods of transhipment of concentrate from Manono to the port of Dar es Salaam in Tanzania – an operating cost that represents an average 62% of total operating costs.

AVZ Minerals has therefore investigated and subsequently identified significant savings that will reduce overall transport costs for the project.

The initial proposed packaging and transportation method adopted closed, half height 20’ containers with a capacity of approximately 30 t, but it was identified that significant cost savings are to be gained by utilising 2 ton ‘bulka bags’ instead.

The revised transport method reduces the transport cost and some associated costs by approximately $58/t to $163/t from the original estimate of $221/t.

Drilling at Roche Dure – the pegmatite on which the Manono project’s maiden mineral resource was based – is increasing AVZ Minerals’ knowledge of the lithium deposit along strike, both to the south-west and north-east of the central part of the main resource area.

Extensional drilling at Roche Dure is taking place outside the maiden resource ‘area of influence’ and has identified additional high-grade lithium and tin mineralisation pointing to further resources growth.

AVZ Minerals expects this drilling to lower the strip ratio over the life of mine and positively impact the project economics.

Following the extensional drilling at Roche Dure, as part of its infill drilling programme concluded in late November, AVZ Minerals will update the mineral resource estimate for Manono before the end of the year.

There will be some later drilling to firm up geological interpretations as well as flatter holes under the flooded pit to increase levels of confidence in the resource beneath the flooded pit-floor but these are not expected to increase the tonnages significantly.

AVZ Minerals intends to proceed to a full feasibility study, which it expects to be completed in Q2, 2019.