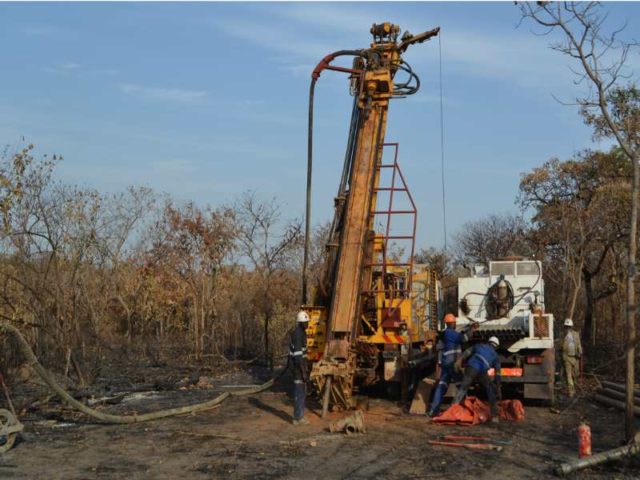 Cora Gold is focused on commercialising the 14 km of mineralised gold-bearing strike at its flagship Sanankoro gold project in southern Mali, which it believes has the potential for a standalone mine development.

Having only listed on the UK’s AIM market in October 2017 in an IPO that saw the explorer raise around £3.45 million, Cora Gold already has firm plans in place for the development of the Sanankoro discovery on the highly prospective Yanfolila gold belt, as well as further exploring its broader portfolio of West African permits – which too sits on prominent gold belts.

What makes Cora Gold a unique explorer is that it is well endowed with a number of drill ready targets across its West African portfolio that at “the turn of a drill” could lead to a discovery.

The clear front runner in the portfolio is Sanankoro, which comprises four contiguous permits, namely Sanankoro, Bokoro Est, Bokoro II and Dako, and encompass a total area of approximately 320 km2.

Considerable historical exploration activity was carried out within the property while still under the ownership of Gold Fields between mid-2000 and 2012. This included extensive soil geochemistry as well as reconnaissance rotary air blast (RAB), air core (AC) and reverse circulation (RC) drilling.

The results of this extensive exploration programme identified two parallel gold mineralised structures, each about 14 km in length with two target areas, Zone A and Zone B, identified to have 600 m and 1 km of strike length respectively.

Headed by CEO Dr Jonathan Forster, an exploration geologist who has been involved in mineral projects in Africa since 1980, Cora Gold initiated a Phase 1 15 000 m drilling programme at Sanankora in December 2017 which comprised RC, AC and some diamond core drilling.

“Rather than just doing infill drilling in the areas where Gold Fields had undertaken systematic exploration which has the potential to deliver a resource of several hundred thousand ounces, our strategy is to instead try to demonstrate why we believe this project has +1 Moz potential,” says Forster.

Cora Gold therefore undertook step out drilling away from zones A and B by doing reconnaissance exploration along the two mineralised structures, in an attempt to highlight the new target. “This will allow us to return to these new targets, as well as zones A and B and then start considering undertaken the infill drilling as a means to prove up a resource,” Forster explains.

The first area in which Cora Gold began its reconnaissance drilling programme was the 1.5 km long Target 1, located towards the north of Sanankoro. The company completed seven drill fences with 27 holes for a total of 2 499 m of combined AC and RC drilling at Target 1. Visible gold was identified in many of the drill holes completed indicating widespread gold mineralisation along the structure.   Impressive assays were received from this initial programme including 17 m grading at  5.43g/t from 67 m downhole (including 8 m grading at 11.24g/t).

This was followed by a Stage 2 reconnaissance drilling programme in April which was aimed at linking zones A and B and for the first time testing the western structure (parallel to zones A and B), known as Zone C.

The Sanankoro Structure has been drilled on a reconnaissance basis over a length of 3 600 m. Through the completion of the Stage 2 drill programme, Cora Gold was able to join together the previous Zone A and Zone B mineralised areas defined by historical drilling and extend to both the south and north.

Forster says that Cora Gold will undertake another round of exploration drilling once it has received its latest assays and subsequent to obtaining and evaluating all the data, the company will begin considering resource drilling around Q4, 2018 as the next step at Sanankoro.

“The really exciting thing about Sanankoro is that if we cumulatively add up the potential kilometres that we need to drill on the basis of the surface work and RAB drilling undertaken by Gold Fields, we have in excess of 14 km of structure that has good potential to host gold mineralisation,” Forster notes, adding that Sanankoro has the potential for being a substantial discovery for a standalone mine.

Considering the potential development of Sanankoro into a gold mine in future, Forster is confident that the geological characteristics of the deposit stand it in good stead from a development perspective. “Because the depth of weathering is very deep, we expect soft rock conditions from surface up to 100 m below surface. “This means that the soft rock hosted gold is likely to be free and easily processed, which in turn results in relatively low mining and processing costs, making Sanankoro an attractive low cost mining operation.

Owing to the relatively inexpensive nature of exploration in West Africa, opportunity exists for Cora Gold to expand well beyond the 1 Moz target and is something the company would evaluate as the project progresses.

Beyond Sanankoro, Cora Gold’s key secondary focus is the grouping of permits which it holds in southern Mali, which it acquired from its principal shareholder AIM-listed Hummingbird Resources.

The advantage of the permits is their proximity to the Yanfolila gold mine, which lie within a 25 km radius of the mine. Forster explains that if Cora Gold makes a discovery or discoveries with suitable economics that are within trucking distance to the processing plant at Yanfolila, there is a possibility that the ore from these discoveries could be toll treated by Hummingbird Resources.

“The advantage of this to us would be early cash flow with minor investment requirement,” Forster notes.

In April, Cora Gold completed the first reconnaissance drill programme at Tekeledougou, which was the first substantial exploration programme ever completed at the project. The company drilled 17 reconnaissance RC holes for 2 007 m, testing two exciting gold targets – Kouroudian and Woyani – both of which have been opened up by artisanal miners , in some cases extending over 600 m of strike,  with broad quartz shear structures that are likely to be amenable to bulk mining, Forster notes.

Drill samples are expected to be received in May.

Meanwhile, at the Tagan, Siranikele and Farassaba III permits, also within the Yanfolila grouping of permits, early stage exploration has confirmed the presence of drill-ready targets, which Cora Gold believes has the potential to lead to discoveries.

These permits lie within the prospective Kenieba Window, in which more than 50 Moz of gold has been discovered across 12 project areas in the past 20 years.

While in different countries, Forster notes that projects are only 15 km from one another but remain divided by the land border between Mali (Diangounte Est) and Senegal (Medina Fulbe).

Despite traversing two countries, Cora’s Gold’s advantage here lies in its African exploration team, which is able to move across boarders without any great difficulty. “This means that we can in effect work the two projects under one project team,” Forster explains.

The Diangounte Est project is part of Cora Gold’s original portfolio, before it acquired the Hummingbird Resources’ assets, and has undertaken quite considerable surface work and a very small first pass exploration drilling programme. Early intercepts at Diangounte Est have demonstrate good gold grades within four principle drill ready structures, each of them 1.5 km to 2 km long.

Meanwhile, Medina Fulbe, a permit on which a third-party undertook early stage shallow RAB drilling, has two principle targets with large footprints and the potential for a very large gold system. These two targets are both drill ready too.