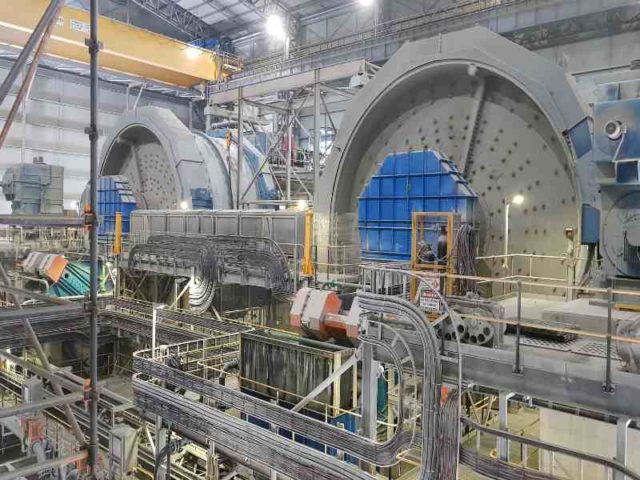 It has been nine years since LSE-listed diamond miner Petra Diamonds acquired the Cullinan diamond mine from De Beers.

A subsequent large-scale investment into expanding the operation has increased its operational lifespan by at least 12 years, with additional benefits gained from a new, technologically advanced, streamlined and efficient processing plant.

Together this is supported by an entirely new power system and equipment delivered by electrical solutions provider Zest WEG Group.

LAURA CORNISH visited the site to learn more about the project’s exciting development and milestone achievements.

The project specifically entails the development of a new C-Cut expansion to open up an entirely new and undiluted ore body (to a depth of 839 m) below the existing and largely mined out resource.

Increased tonnages from the new mine will also increase diamond production to ca. 1.7 Mctpa (1.6 from ROM and 0.1 from tailings) – more than double what the mine was producing from its original mining footprint when the mine changed hands in 2008.

“It takes about 10 years to fully establish a new block cave and all the supporting development and infrastructure but the project has tracked well in terms of delivery schedules and will produce the volume of carats we have forecast to date,” says Cullinan general manager Juan Kemp.

He outlines the key milestone mining developments achieved since the project kicked off:

The potential to open up additional Phase 2 C-Cuts on the same horizon and evaluate the resource further down is also on the cards for Cullinan’s long-term future.

The original Cullinan process plant, 70 years in age, is the result of decades and decades of expansion and alteration over time but became unnecessarily cumbersome in its flow and efficiency.

It also incorporates the first autogenous mill in the diamond industry is South Africa.

The new plant is an unbelievable achievement for the team and represents significant levels of improvement across the entire process by comparison with the former plant.

Cullinan surface manager Louis Jacobs highlights the key features of the new plant which has been operating at its ROM design capacity for a little over a year now – four years after construction began.

“We were able to reduce our process footprint from 28 ha to 4 ha and are now able to recycle > 95% of our total water use. Through the introduction of variable speed drives and high efficiency motors, we have also reduced our power consumption from 51 kwh/t to 41 kwh/t.”

Overall diamond liberation has also improved significantly and the inclusion of X-ray luminescence (determined as the right technology fit for Cullinan) will aid in protecting and recovering large diamonds.

To date the new plant has already recovered a few diamonds in excess of 200 carats.

Building a new plant while the existing facility remained operational did provide challenges, but nothing the team couldn’t manage.

“The handover went smoothly with only a 21-day downtime period for the switch between plants. To ensure we didn’t suffer production losses, a 400 000 t stockpile was prepared in advance.”

Ultimately, the result of all the teams’ hard work since conception of the entire expansion and upgrade has resulted in the best production year in 25 years for Cullinan.

New power for a new mine

To ensure the steadfast performance of both mine and plant, Petra Diamonds invested in a R200 million electrical infrastructure upgrade project – awarded to the Zest WEG Group and its subsidiary companies.

Over the course of two years between 2015 and 2017 the Zest WEG Group supplied various energy infrastructure and product packages to the project to cater to its energy requirements.

“The work we have done at Cullinan is a true demonstration of our integrated electrical solutions offering and approach and as such is considered a prestigious flagship project for the company,” says Zest WEG Group Integrated Solutions executive Alastair Gerrard.

Beyond this, Zest WEG Group added a new capability to its service offering on the back of Cullinan – supplying and managing the construction of an 88 kV self-build switching station – according to Eskom’s designs and specifications, funded by Petra and then handed over to Eskom upon completion.

“This arrangement does offer value to both Cullinan and Eskom – a lower cost per ton agreement, a quicker delivery end date and guaranteed power supply.”

“This substation incorporates three 20MVA transformers, which at the time of the project, were the largest transformers manufactured locally by the Group at our Heidelberg-based WEG Transformers Africa facility.”

“Where there are motor control centres and variable speed drives, there are of course electric motors.

“Being a well-known and respected supplier of electric motors in the industry, Zest WEG Group were also involved in the supply of the motors for this project.”

“The contribution this company made in terms of installation and construction services for the mill expansion was an integral component of our overall work,” Gerrard notes.

“We are proud of the achievements we have celebrated and shared with Cullinan in the delivery of our energy solution and products, working in partnership and collaboration with the mine’s in-house team.

“This truly demonstrates our diverse product and solutions portfolio, which places our Group in a strategically advantageous position. With our integrated solutions approach, we look forward to many such success cases in the future,” Gerrard concludes.