Desert Lion Energy has successfully closed the acquisition of the Helikon Lithium Project in Namibia - within the company's existing Prospective License.

“The Helikon Lithium project acquisition consolidates Desert Lion’s position in the region, and provides the company and shareholders with a robust pipeline of organic growth opportunities, including the historic Helikon 1 mine as well as proximal prospective brownfield exploration targets at Helikon 2 – 5,” comments Desert Lion Energy president and CEO, Tim Johnston.

“Combined with our strong cash position, we look forward to uncovering the potential of the Helikon Project and adding value to Desert Lion’s asset base in Namibia.”

All five of the pegmatite exposures have in the past been exploited for lithium bearing minerals (lepidolite, petalite and amblygonite), tantalite as well as beryl.

The Helikon 2 – 5 pegmatites define a discontinuous strike length of some 1 700 m with variable dips and thicknesses.

A total of 17 holes for 1 359 m of diamond and reverse circulation drilling was completed, with the following notable Li2O intercepts being reported.

Since October 2017, Desert Lion has embarked on a second phase of drilling aiming to test strike and dip extensions at Helikon 1 – 5, as well as drill testing the numerous stockpiles and dumps surrounding the workings.

Drilling was completed in December 2017, with a total of 4 991 m being completed.

An additional 271 RC holes for 1 202 m was completed over the dumps and stockpiles.

Results are anticipated during January 2018, after which a Phase 3 drilling program will be initiated in order to delineate National Instrument 43-101 compliant Mineral Resource estimate(s) over Helikon 1 – 5 during the second quarter of 2018.

Desert Lion has also announced that it has begun production of lithium concentrate, on time and inline with management’s Phase I production plan.

The concentrate was produced from stockpiled material at the company’s lithium project in Namibia, which is located approximately 30 km southeast of Karibib and 210 km southeast of Windhoek, the nation’s capital.

There are approximately 700 kt of stockpiled material and 100 kt of fines located on Desert Lion’s exclusive prospect license that will be processed over the next 12 months.

“We are extremely excited about this milestone, which marks Phase I of the Company’s production plan,” comments Johnston.

“With this first production of lithium concentrate, we transition from a lithium explorer and developer to producer, and we are well positioned to become Namibia’s first large-scale lithium mining operation.”

This production schedule will be based on the results of a preliminary economic assessment, which the Company plans to publish in the second quarter of 2018. 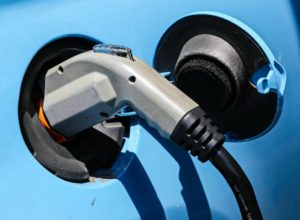