Hlongwa (38) died in accident along with three others at Maubane Bridge at Carousel Plaza, Hammanskraal on Friday. According to a News24 report, Hlongwa and her security detail were among were group of people assisting a motorist who had overturned earlier when a flatbed truck ploughed into the scene. Investigations into the crash continue.

On Sunday, the Minerals Council South Africa stated that it is deeply saddened by Hlongwa’s tragic death. “In the months since her appointment in May, Minerals Council leaders and officials have enjoyed a number of stimulating engagements with her, and have been struck by her commitment to the best interests of the mining industry and South Africa. We have been looking forward to further developing a constructive and mutually beneficial working relationship with her,” the association said.

Untimely death of a promising prospect

In a statement released shortly after news of her death, Mantashe said: “As we commenced our term of office in the new administration of our government, we were beginning to gel as we considered ways in which we could deal with the challenges facing our ministry, and our country. This is, indeed, an untimely end to a young, promising prospect.”

Political parties have also paid tribute to Hlongwa. Inkatha Freedom Party national spokesman Mkhuleko Hlengwa said: “Our country mourns this loss as Hlongwa was a dynamic and passionate servant of the people. She was an inspiration to the youth and she sacrificed so much of herself in the service to others.”

Meanwhile, Democratic Alliance shadow minister of mineral resources Kevin Mileham added: “Hlongwa was a young, dynamic leader and had a great future ahead of her.”

Hlongwa joined the national government in May 2019 when President Cyril Ramaphosa announced the new members of the executive in the sixth democratic administration. She was officially appointed deputy minister on 30 May. Previously, she served in various structures of the governing party, both locally and provincially in KwaZulu-Natal.

Ramaphosa confirmed that Hlongwa would be afforded a Category 2 official funeral in line with government’s state, official and provincial funeral policy. National flags at official flag stations are to fly at half-mast until she is laid to rest. 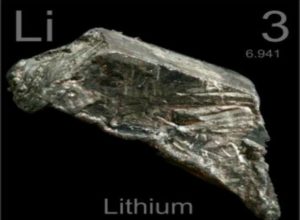