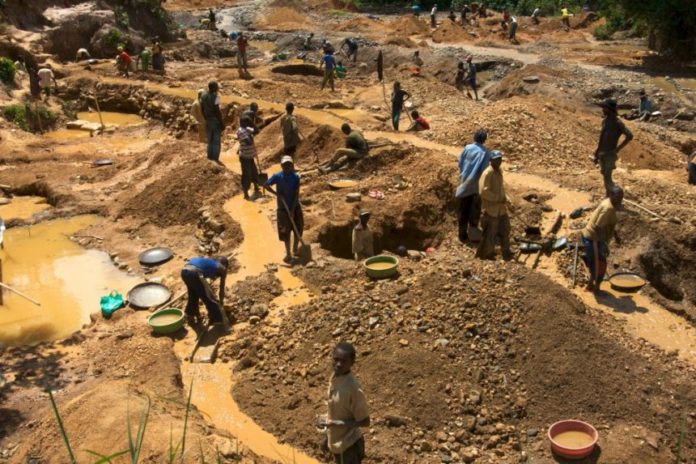 Partnership Africa Canada and Fair Trade Jewellery have announced the first export of conflict-free and traceable artisanal gold from the Democratic Republic of Congo (DRC) to Canada.

The milestone comes a month after Partnership Africa Canada announced the Just Gold project had implemented a system to trace legal and conflict-free artisanal gold in DRC, with a proven chain of custody from mine site to exporter.

Within days, the Toronto team refined, alloyed and designed four responsibly-mined and conflict-free artisanal gold rings. Each ring has been engraved with a lot number, which traces it to a specific mine site in the DRC’s Ituri Province, where the gold originated.

“Sourcing artisanal gold from Congo was a new and exceptionally ambitious process, but one to which our organisation is committed to and capable of achieving thanks to partners on the ground, like Partnership Africa Canada,” says Robin Gambhir, co-founder of Fair Trade Jewellery.

“After more than a decade of ensuring that our materials are responsibly-sourced, we’re delighted to add Just Gold to the artisanal gold options we currently offer our clients. Ensuring we source fully traceable materials directly from communities is a way to foster community development, and as a company—deepen our impact on many stakeholders,” adds Gambhir.

Partnership Africa Canada began the Just Gold project as a pilot in 2015 in Ituri Province. The project creates incentives for artisanal gold miners to channel their product to legal exporters—and eventually responsible consumers—by offering fair and transparent pricing and by providing capacity-building, such as technical assistance to miners in return for legal sales.

Miners are taught better exploitation techniques and are offered Just Gold project equipment. In return, gold they produce must be tracked and sold through legal channels.

Today, the project has over 600 artisanal gold miners registered across six sites.

As the project moves out of its pilot phase with a proven chain of custody from mine site to the exporter in DRC, Fair Trade Jewellery’s move to import the artisanal gold is an important next step. The jeweller also collaborates with its sister company, Toronto-based software start-up Consensas, to trace the gold from export to consumer.

“This export from Bunia, DRC to Toronto proved that it is possible to bring Canadian and international consumers traced conflict-free Congolese artisanal gold. What is particularly exciting is that we have shown that every gram of gold can be accompanied by reliable quantitative and qualitative data about its provenance and the actors involved in its extraction, production and trade,” says Joanne Lebert, executive director of Partnership Africa Canada.

“Saying that it is impossible to carry out due diligence on gold supply chains is no longer a valid argument for industry. We have proven otherwise,” adds Lebert.

Challenges faced during this export of artisanal gold included high export taxes, transportation restrictions, and burdensome paperwork will be used by Partnership Africa Canada to call on the Congolese government to create more favourable conditions for legal trade and responsible investment.

Funding for the Just Gold project is provided to Partnership Africa Canada by Global Affairs Canada, with additional funding by USAID through the Capacity Building for Responsible Minerals Trade project and International Organisation for Migration.