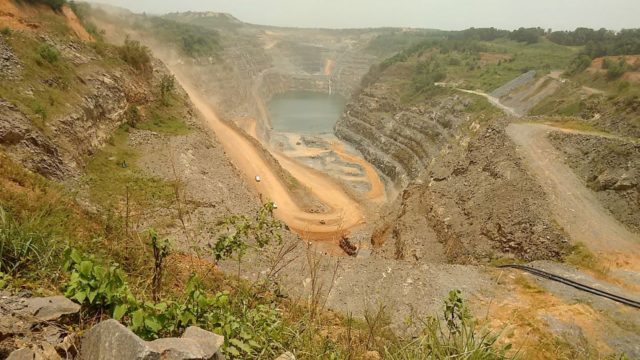 International gold miner Gold Fields will invest US$1.4 billion to extend the life of its Damang gold mine in Ghana by eight years from 2017 to 2024.

Gold Fields notes that the reinvestment plan will enhance its presence in one of the company’s key operating regions and will result in significant social benefits for Ghana, including the creation and preservation of 1 850 direct jobs.

Mining and processing costs are estimated to average US$3.60/t and $16.25/t, respectively while all-in costs (AIC) are forecast to average $950/oz.

Gold Fields says that the benefits of the development agreement (signed between Gold Fields and the government of Ghana in March 2016), has been key inputs into the plan which enhances the economics of the project.

The reinvestment plan is based on mineral resource models that have been updated in 2016 and extensively reviewed both internally and by external consultants, namely SRK, Optiro and Rowley Geological Services (RGS).

Since operations at Damang commenced in 1997, the mine has produced in excess of 4 Moz, sourced from multiple open pits.

Production from the Damang Pit Cutback (DPCB) came to an end in 2013, and since then mining has focused on the margins of the Damang pit (the Huni, Juno and Saddle areas) as well as lower grade satellite deposits.

The decline in production since 2013 has been exacerbated by variations in grade in the northern and southern extremities of the DPCB and the satellite pits where grades have been lower than expected.

Consequently, a strategic review of Damang commenced in 2015 which identified that Gold Fields should return to mining the higher grade core of the main Damang ore body.

Evaluation work in 2015 and 2016 considered a number of options, including care and maintenance (C&M) closure, continuing operations and expanding operations.

However, given the importance of the region to the company and taking into account the benefits of the development agreement, Gold Fields has taken the decision to continue operations at Damang through the reinvestment plan.

The company will also retain the optionality to expand the operation should the gold price strengthen sustainably to above $1 400/oz.

Proceedings at the mine

The reinvestment plan entails a major cut back to both the eastern and western walls of the DPCB. The cut back will have a total depth of 341 m, comprising of a 265 m pre-strip to access the base of the existing pit. This will be followed by a deepening of the pit by a further 76 m which will ultimately provide access to the full Damang ore body including the high grade Tarkwa Phyllite lithology.

To provide short term ore supply, while the Damang pre-strip is in progress, mining will continue at the Amoanda, and paleaoplacer satellite pits (Lima South, Kwesi Gap and Tomento East). In addition, the plant feed will be supplemented by low grade surface stockpiles.

Mining will be undertaken by two mining contractors, with negotiations currently at an advanced stage, however, at this stage, the contractors are expected to be mobilised early in 2017.

A total of 165 Mt will be mined over a seven year period, with the majority of material coming from the DCPB/Saddle. Of this 32 Mt will be processed at a grade of 1.65 g/t, resulting in 1.56 Moz of gold production.

Apart from the waste strip, the only other significant capital required is for the construction of the Far East Tailings Storage Facility (FETSF) as the existing tailings storage facility (TSF) is approaching full capacity.

Further lifts of the FETSF will cater for all tailings for the new LOM. Only minor capital work will be required on the Damang Processing Plant, mostly due to replacement of the SAG Mill shell in 2018.

In addition to the attractive returns associated with the project, the reinvestment plan will result in significant social and fiscal benefits flowing into Ghana and, more importantly, the communities surrounding Damang.

Gold Fields estimates direct employment associated with the reinvestment plan of 1 850 people and of this 368 will be Gold Fields employees, 55% of whom will come from the adjacent communities, 90 will be on fixed term contracts, all from the catchment community, and approximately 1 400 will be contractor employees, 60% of whom will come from local communities.

Assuming a dependency ratio in Ghana around eight dependents per direct mining job, the spin-off benefits of the new and retained jobs will be significant.

In conclusion, investment in sustainable development projects is estimated to be $5 million over the eight-year period.

This will be split between education ($1.5 million), health ($2 million), water and sanitation ($7 million), agriculture ($1.6 million) and infrastructure ($1 million).

Gold Fields has also commenced the tarring of the road between Damang and Tarkwa, estimated to cost $17 million, which is expected to have benefits for the mines as well as local stakeholders. 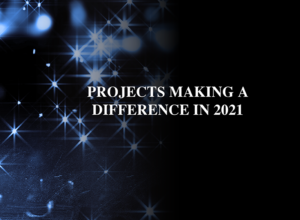