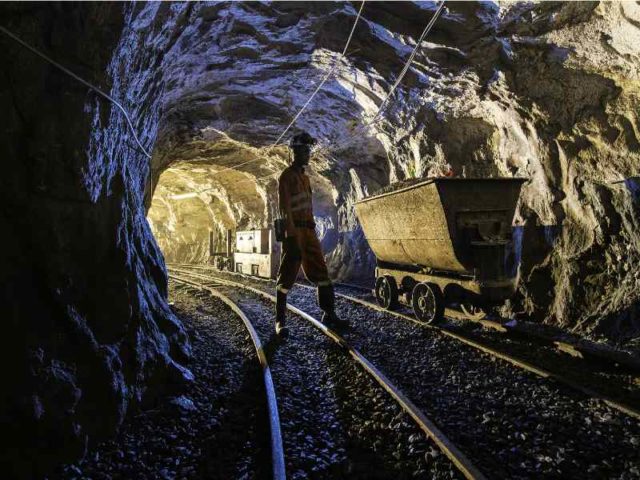 West African-focused gold producer Golden Star Resources is focusing on improving its margins, which it should succeed in achieving this year as it produces fewer ounces than it has done in the past but at lower operating costs and higher grades.

As a result of transitioning both Wassa and Prestea to underground operations, Golden Star’s overall grade has increased significant – from 1.3 – 1.5 g/t at Wassa open pit to approximately 4 g/t underground.

Prestea’s grades are even more impressive.

Surface operations were delivering around 2 g/t while the underground mine is hitting just above 12 g/t.

“In 2015 when we were only mining from the open pit operations our all-in sustaining costs (AISC) were $1 149/oz and this year we are expecting this to be considerably lower at approximately $900/oz. This forms part of a longer term strategy which has already seen us increase our margins by approximately $250/oz over the three years, which is significant.”

In addition, Coetzer highlights that because both mines are now in commercial production the company plans to finance its 2018 brownfields exploration programme (US$6.6 million) through cash flow generated from the two operations.

This is imperative as both mines are producing less gold (by volume) as underground operations and as a result, the process plant capacities are not being fully utilised.

He points out that the primary focus of the 2018 exploration strategy is to gain a stronger understanding of the scale of the Wassa Underground gold mine deposit at depth – this includes the B Shoot South and F Shoot South.

“The overarching theme of our exploration strategy is to ‘fill the mills’,” he emphasizes.

Coetzer explains that the strategy relates to the need to define more mineral resources in order to demonstrate that the company should expand the production rates of both mines enabling the company to fill the mills with ore.

“It is difficult to pinpoint a timeline for filling the mills because it depends on exploration success in the deeper portion of the Wassa Underground mine and at the satellite deposits like Father Brown,” he comments.

Further, Coetzer explains that until the end of 2017, both of Golden Stars’ mills were being filled.

This was because the company was mining from both open pit operations (with the underground mines starting to contribute to production as well) and the amount of tonnes mined from the open pit mines was higher, although the tonnes were lower grade.

“Now that we have ceased production from Wassa Main Pit and the Prestea Open Pits are expected to complete production at the end of H1, 2018, there will be spare capacity in both processing plants,” he comments.

“If we can find additional higher margin ore to fill the mills, we have the opportunity to increase production significantly. In 2018 we’re expecting to produce 230 – 255 000 oz of gold at an AISC of $850-950/oz,” explains Coetzer.

However, he highlights that both underground mines are ramping up so they have largely compensated for the closure of the open pits.

In addition he notes that in terms of Wassa Underground, the company believes the deposit is larger than the current estimate suggests and therefore in 2018, the exploration team will be focusing on gaining a stronger understanding of its potential.

“When we drilled the mineral reserves at Prestea Underground in 2004, the access to the underground mine was limited and there was no ventilation, so our exploration team drilled the minimum number of holes to define a reserve,” he explains.

However, he points out that Golden Star has always believed that the ore body is larger than the current 0.5 Moz.

“Now that the mine is refurbished, with good access and modern ventilation, we are looking forward to carrying out some exploration drilling and demonstrating the upside potential of Prestea Underground,” he adds.

“We had evaluated the targets previously from an open pit mining perspective, but now we have underground expertise and we are looking at the targets again with a view to their underground potential,” he comments.

“Our top priority target at the moment is called Father Brown. We have mined it in the past as a high grade open pit operation (5 – 6 g/t), but we believe there is also an underground opportunity,” he adds.

Golden Star has a defined mineral resources for this deposit (Indicated and Inferred resources of approximately 350,000 ounces) and the company will be creating a conceptual model during 2018 and also potentially investing in further drilling to define further resources.

There is an existing haul road connecting Father Brown to the Wassa processing plant and an existing camp, hence the capital requirements are also expected to be limited.

In addition Coetzer highlights that Prestea Underground is a very unique mine because it was first mined over 100 years ago in the late 1800s and during the past century it has produced 9 Moz of gold.

Today it remains one of the highest grade gold mines in West Africa.

The mine was refurbished between 2015 and 2017 and it is now a completely modern mine.

“Prestea will contribute to reducing our operating costs significantly and that will also allow us to strengthen our balance sheet and build a robust company with a strong financial position,” says Coetzer.

Coetzer points out that both mines have a positive impact on the local community.  It is estimated conservatively that for every direct job a company provides, another 10 indirect jobs are provided.

“Subsequently the operations are providing significant employment opportunities for people in our host communities and beyond,” he comments.

“Golden Star won the Prospectors and Developers Association of Canada (PDAC) 2018 Environmental and Social Responsibility Award, which is an international award. The company also won five awards at the Ghana Mining Industry Awards in November 2017, including Mining Company of the Year.” Coetzer highlights.

He adds that Golder Star supports a number of community initiatives, including cultivating over 1 000 hectares of oil palm plantation to provide further jobs and income for local people, the company also screened over 10 000 local women for breast cancer in the past three years and funded the installation of over 200 clean water supplies for local communities.

A new name and good news for Mali Lithium