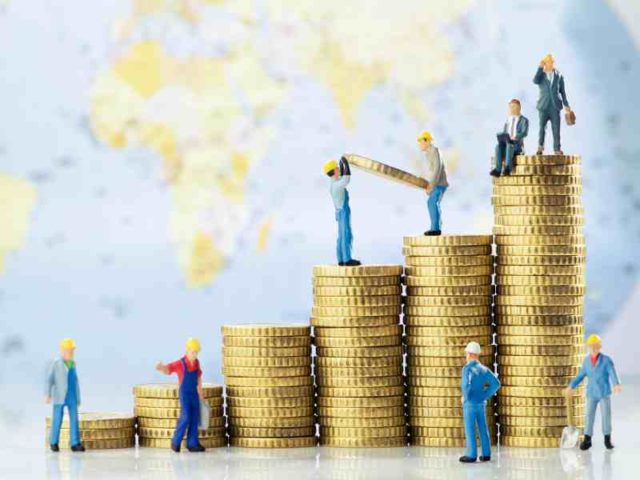 Investing is supposed to be about channeling your money, time and/or effort –  into a direction, project, account or similar –  that will yield a significantly ‘higher’ risk-adjusted return than if you just left the money in a safe and guaranteed Money Market account in a fairly valued First World currency.

So does putting one’s money, time and or effort into Africa constitute ‘investment’ as we know it? Or is ‘speculation’ (or ‘gambling’) a more appropriate definition?

Africa is not one country – it is a continent composed of 55 (and seemingly increasing yearly) countries.

So before one answers the question “Is Africa an appropriate investment destination’ one needs to specify ‘which’ African country, ‘which’ commodity and probably ‘which’ region as well.

To further illustrate why it’s so necessary to do this a few examples should clarify.

But how many economic minerals do these two African countries have?

So why are the diamonds being mined but not the coal? Rwanda is known rare earths minerals and some supposedly attractive tin and tantalum deposits. So if the legislation is great why aren’t these and other minerals being produced there?

The Democratic Republic of Congo (DRC) almost certainly has the most fantastic deposits in the world of copper, cobalt, tin, tantalum and great deposits of diamonds and gold as well.

And all these commodities are being mined at present and many of the mines ‘are’ quite profitable.  So is the DRC considered a ‘good’ mining investment destination – especially in view of it’s great political and legislative turmoil and uncertainty – especially of late?

Ditto on most these points for Zambia and Zimbabwe.  Not from 1981 – 2001 they weren’t!  Yet in 2003 the DRC and Zambia appeared to be prime – ‘prime’ – mining investment destinations as 30 years of nationalisation (and legislation) of the mines was virtually thrown out the door and a new investor-friendly attitude and mining legislation enacted.

And ‘YES’ – did the mining investment ever flow with literally tens of billions of dollars coming into each of those two countries between 2003 and 2018? Unfortunately – neither of those two countries – nor Zimbabwe (still – even after election of a new president) are sounding at ‘all’ like a mining investment destination today – with the their huge political and legislative changes and increasingly concerning rhetoric and actions.

Investors need certainly that enough favorable circumstances exist – and will continue to exist over the term of their investment – to yield an acceptable risk reward return.

So for Pering Zinc to have much better profits than Kabwe Zinc in Zambia or Kipushi in DRC – both with grades many multiples of Pering – there must have been other factors at play.

Same goes for Palabora’s copper grade when the copper grades of Zambia were two, three and four times higher and those in the DRC four, five and six times the grade of Palabora.  Yet which copper mine was making regular and good profit margins during all of the 80s and 90s?  Palabora.

Mining investing in Africa is a Rubik’s Cube.  Numerous factors must ‘line up’ to make the investment attractive appearing and ‘worthwhile’ in the end.

When it comes to the ‘rubber hitting the road’ – the commodity, country, legislation and mine itself – together all determine what is investable and not.

Which commodities are looking hot for Africa in 2019?

And the fact that world gold production has never really peaked these past 10 years bears out that almost everyone on planet earth can make good profits on $1 200/oz – other than South Africa (who so ironically still possess nearly 50% of the world’s known gold resources).

Investors always have willing ears, eyes and time for base metal deposits in Africa – especially for copper and zinc, but for nickel and cobalt as well.

Investors delight in the fact that Okiep Copper and Palabora’s lower grade copper deposits and Pering and Black Mountain Zinc’s lower grade zinc and lead deposits – compared to peers in Zambia and the DRC – still continuously made money even at 100-year low copper and zinc prices of the late 90s and early 2000s.

Now cobalt and lithium are interesting cases right now. Both their prices have sky-rocketed these past five or ten years and new and fairly high grade deposits of both are turning up all over southern Africa.  So does that mean these minerals should be invested in?

And if so – in what specific country?  Uganda? DRC? Zimbabwe?  Zambia? It’s hard to say – mainly because both these prices are way above their LT averages and so may fall back down.

A good rule of thumb is to use a commodity price no higher than LT average when projecting the rate of return required for the investment to proceed.

Bulk minerals – such as iron ore, coal, phosphate/ potash and even manganese and chrome need to be viewed in terms of ‘logistics and distance to port and or client – in determining their invest-ibility.

A large deposit and high price are not sufficient reasons alone for investment in the bulks – especially in Africa.

Like Buffet says “Don’t make an investment unless you are prepared to be married to it for a long time come low or high commodity prices (and high and low political volatility”).

Peter Major graduated from Montana School of Mines in 1981 and came to South Africa in Jan 1982 to work for Harmony Gold Mine. He completed his South African Mine Manager’s Certificate, an MBA from UCT and worked as a consultant. He joined Eimco Mining Machinery SA as Marketing & Training Manager from 1986 to 1989.

Major began his investment career with Allan Gray in 1989 as a gold mine analyst. He then spent 10 years as head of mining & later senior fund manager at Nedcor Investment Bank.

In 2001 he set up HBD Asset Management as CIO with Mark Shuttleworth, with assets of $530 million and managed a return of 30% pa average to $1.5 billion by 2005. In 2006 Major joined Cadiz where he is director: mining, focusing on private equity, capital raising and M&A activity in the mining and resources sector.