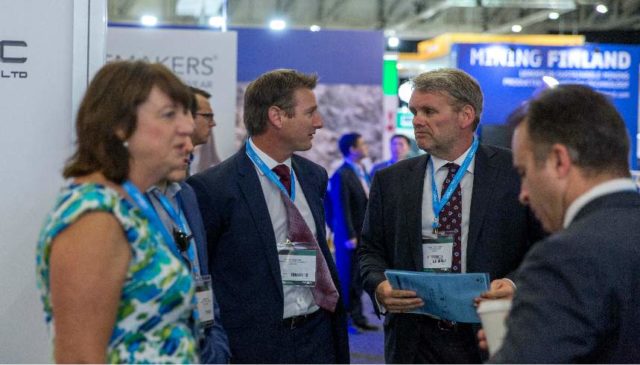 Team South Africa led by the Ministers of Mineral Resources, Mosebenzi Zwane and Trade and Industry, Dr Rob Davies continue to promote the country’s mineral and mining during their Investment Q&A Sessions on the sidelines of the Mining Indaba.

Both ministers emphasize the importance of beneficiation of the country’s mineral resources to enhance the South African economy.

They also agreed that government has moved beyond talking about the beneficiation of mineral resources and there is a notable progress thus far, particularly on the development of a fuel cell bus prototype in partnership with Busmark – a local bus body manufacturer and titanium powder.

Davies stated that Caterpillar’s investment to the value of R1.3 billion over ten years will empower local and black owned enterprises through enterprise and supplier development.

“Through this this deal we will see Caterpillar, the world’s leading manufacturer of construction and mining equipment empowering our people. Four components have been identified for phase one : mining buckets, truck bodies, coolants and gensets. About 3 900 jobs both direct and indirect are expected to be created through this partnership”, said Davies speaking at Mining Indaba.

Minister Davies indicated that South Africa has opportunities  for investment in any sector of the economy and government is ready to support investors through InvestSA, an initiative of the Department of Trade and Industry (the dti).

The Minister urged investors at Mining Indaba to be honest and operate legitimately for them to receive our full partnership and support.

Minister Zwane called for all stakeholders to work together to resolve all the challenges facing the industry in order to move the country and the economy forward.

He emphasized that he is open and ready to further engage with the industry stakeholders on pertinent issues regarding the amendments of Mining Charter III.

Minister Zwane further said “there are issues that government is not willing to compromise, issues of transformation, the health and safety of all mine workers as well attraction of investments.”

The DMR’s Deputy Minister, Godfrey Oliphant, also assured investors at Mining Indaba that their investments are in safe hands and that the country has a potential to mine over the next 100 years.

South Africa is open for business and the country has vast mineral resources and government is committed to support investors and grow junior miners to be at a level of big mining companies.

The partnership between the two departments brought over 50 Junior miners in response to the launch of the Junior Miners Program in 2017.