“Likewise, historical results including 21 m @ 2.2g/t gold in RAB including 5.7 g/t over 5 meters provides additional conviction in an important project.”

The Zaranou license application is located approximately 200 km north‐east of the capital Abidjan, adjacent to the border with Ghana.

Access is via a good, sealed bitumen road via Adzopé in the south and Abengourou in the north with a laterite road running 60 km sub‐parallel along the entire extent of the mapped target shear zone and artisanal mining zones.

The Comoe River cuts the Zaranou license in half.

The Zaranou opportunity occurs within Birimian metasediments with intruded granitoids, major through‐going Shear Zone and in proximity to major multi‐million ounce gold mines across the border in Ghana.

Over 40 km strike of highly prospective Shear Zone with a ‘Pressure Shadow’ target around the margins of a rotated granitoid body in the southern extent of the license and a 30 km priority shear zone corridor in the northern half of the license has been identified at the Zaranou opportunity with multiple gold occurrences.

At least eight (8) high‐priority target zones have been observed on the ground including a 1.6 km long zone of hard‐rock artisanal workings with larger pits ranging up to 60 m to 120 m wide and coincident with discrete
geophysical lineaments in the regional aeromagnetics data.

Multiple, large‐scale, hard‐rock artisanal workings were observed over a 1.6 km strike length with individual pits 60 m and up to 120 m wide.

Vertical faces up to 15 m deep are exposed in the pit walls with sub‐vertical
structures and quartz veins evident with iron oxide staining within the veins and host rock.

Unverified SEDAR reports by Winslow Gold Corporation (TSX: WGS) recovered online indicate historical mining activity during the 1930’s within the license area, with quartz vein zones between 2 m to 60 m thick, over 300 m in length and with gold mineralisation averaging 1.5 g/t to 12 g/t Au and extending 10 m into pyritic schists either side of the veins.

Unverified annual reports by Etruscan Resources (TSX: EET) recovered online and completed during 2008 included a best result of 2.2 g/t over 21 meters (including 5.7 g/t over 5 meters) in RAB drilling within the license area.

Periods of civil unrest in the country and a focus on more advanced projects elsewhere within Africa and overseas led to relinquishment of the license area by previous operators. 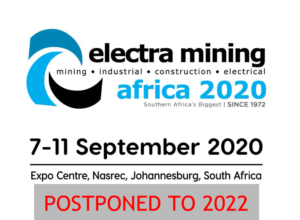