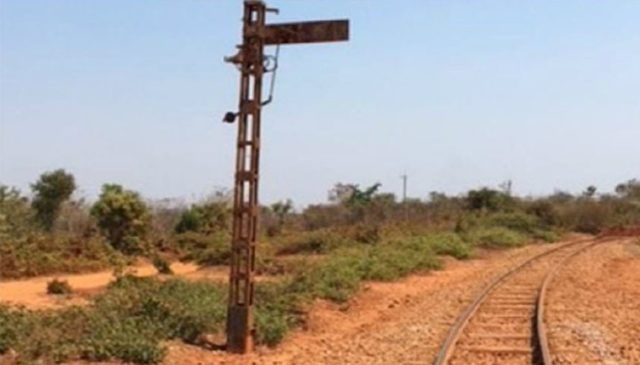 Ivanhoe Mines has agreed to rebuild 34 km of track to connect the Kipushi zinc-copper mine with the DRC national railway at Munama, south of Lubumbashi.

The Kipushi-Munama spur line, which has been inactive since 2011, will be rebuilt under terms of a memorandum of understanding (MOU) signed by Ivanhoe Mines and the Democratic Republic of Congo’s (DRC’s) state-owned railway company, Société Nationale des Chemins de Fer du Congo (SNCC).

Under the terms of the MOU, Ivanhoe Mines will appoint consultants to conduct a front-end engineering design study to assess the scope and cost of rebuilding the spur line from the Kipushi Mine to the main Lubumbashi-Sakania railway at Munama. The study is scheduled to begin before the end of this year and construction on the Kipushi-Munama spur line could start in late 2018. Ivanhoe will finance the rebuilding.

The DRC national railway is a key part of the international rail corridor that links the DRC Copperbelt to major seaports at Durban and Richards Bay in South Africa, Dar es Salaam in Tanzania and Lobito in Angola.

The resumption of rail service along the Kipushi spur line is the most economical and reliable solution for the transportation of Kipushi’s projected annual output of approximately 530 000 t of zinc concentrates.

The World Bank is overseeing and financing the rehabilitation and upgrading of large sections of the main DRC national railway between Lubumbashi and the Zambia border crossing at Sakania.

The work has focused on replacing the ballast beneath the tracks and installing new concrete sleepers (crossties) and heavier-gauge steel rails. New signalling and telecommunications equipment also has been installed along the line.

“The reactivated spur line also will provide significant economic and social benefits to residents of Kipushi and the southern DRC provinces of Haut-Katanga and Lualaba, allowing for efficient transportation of supplies to and from the area.

“Given Kipushi’s incredible zinc grades of approximately 35% and current zinc prices of between US$1.40/lb and $1.50/lb, we’re confident that Kipushi is on track to become the world’s highest-grade, major zinc mine. Discussions are ongoing with our partner, Gécamines, and prospective project financiers to fast-track completion of the remaining infrastructure development at the mine.”

The Kipushi mine is owned by Kipushi Corporation (KICO), a joint venture between Ivanhoe Mines (68%) and Gécamines (32%). Kipushi, on the Central African Copperbelt in the province of Haut Katanga, is approximately 30 km southwest of Lubumbashi and less than 1 km from the international border with Zambia.

Existing portion of track on the Kipushi-Muname spur line to be rebuilt as part of the planned upgrading.