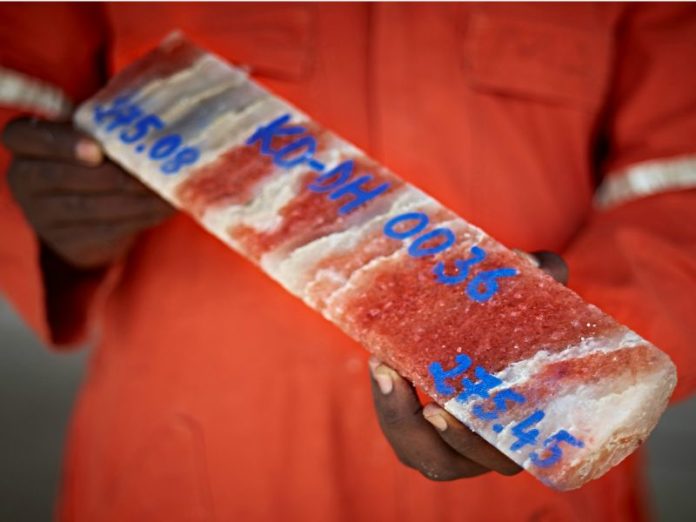 ASX-listed potash exploration and development company Kore Potash’s ordinary shares were admitted to trading on the AIM market of the London Stock Exchange as well as the main board of the Johannesburg Stock Exchange in April this year.

Although new mining listings in South Africa are no longer a regular occurrence, having exposure on the JSE in particular aligns with the company’s strategy of gaining greater access to capital markets and exposure to investors with a stronger understanding of large-scale African projects while improving its capital raising ability says chairman Dave Hathorn.

“The directors believe that the admission of the company’s issued share capital to trading on AIM and the JSE will increase its international profile and the market’s general awareness of Kore Potash,” notes Hathorn.

“We have done a lot of work marketing in the Australian market, which has less exposure to major mining projects in Africa.

“This is due to very different domestic and regional agendas. We have equally done work with London and South African institutions who are far more experienced in investing in large scale African Projects and as a result we believe that listing on the JSE and AIM will be more receptive to our flagship potash project.”

Hathorn elaborates on the strategic approaches of the company’s new listing:

He comments that the key strategies flow coherently with the company’s main objectives to advance the Kola project.

It also provides an additional market for trading of the company’s shares for the company’s existing and prospective South African shareholders.

Hathorn further highlights that JSE is the best fit because Kore Potash’s primary asset – the Kola potash project in the Republic of Congo (central Africa) – is located in Africa.

“The JSE is one of the world’s 20 largest exchanges by market capitalisation and the largest exchange in Africa. The platform is dedicated to African stock markets with the added functionality of access to historical data.

“In Johannesburg there is a good understanding of Africa and there are certainly a lot of people looking for decent African projects.

“London on the other hand has a great understanding of the mining market with a lot of exposure to Africa, which will assist us in targeting the right investors in order to raise capital,” says Hathorn.

Kore Potash’s project will be significant in size and will therefore require access to significant cash resources and funding which the company believes is achievable through its secondary and tertiary listings.

“We want investors to get to know our company and our project. Once this has been achieved we hope to raise capital by the end of 2018 to facilitate the next step of the Kola project,” he comments.

Hathorn illustrates that a definitive feasibility study (DFS) is underway at Kola, conducted by a consortium of engineering and construction companies led by Technip and Vinci of France. It is scheduled to be completed by Q3, 2018.

“It will build on the results of the 2012 pre-feasibility study (PFS) which planned for the production of 2 Mtpa of muriate of potash (MoP) for 23 years,” he notes.

The PFS indicates that Kola has the potential to be one of the lowest opex potash mines in the world; determining an FOB operating cost of $79/t at that time.

“We are firmly on track to forge ahead with the next stages of project development in terms of financing and construction and the forthcoming publication of our DFS will give us final economic parameters for this exciting project,” comments CEO Sean Bennett.