Securing materials in order to manufacture batteries in the age of the electric vehicles (EVs) and smart grid storage is going to require all hands on deck.

In particular, the demand for lithium is pushing miners to the limit, and even drawing recyclers to the fold.

Electric vehicle sales are expected to surpass 14 million per year by 2025, from less than a million currently, and the ramp up is going to be massive.

According to data specialists, Benchmark Mineral Intelligence, the lithium industry will need to produce an additional 81 000 tons of lithium a year just to meet demand by 2021.

And while there is a drive from recyclers to try and aid the cause, the reality they’re being faced with is a drastic shortage of spent batteries with which to recycle materials from, and make their technology cost-effective.

But the pressure to get lithium into its most valuable battery-ready form is proving to be too much for the price to stay settled.

Keeping up with soaring demand growth has been difficult, to say the least.

According to the US Geological Survey, global production increased only 12% last year, with the lithium-ion battery market now consuming approximately 39% of it.

Drivers everywhere are noticing the spike in frequency of seeing EVs out on the roads.

That number will continue to grow, as governments across the developed world push more favourable regulations, subsidies, and tax rebates.

According to the Automobile Association, data showed that from January through September 2017, production and sales of new energy vehicles reached 424 000 and 398 000, respectively, with year-on-year increase of 40.4% and 37.72%.

So while new innovations are coming from the battery and EV manufacturers at lightning speed, it’s the materials they need to work with that are struggling to keep up.

Beyond the notable investment rock stars in the EV space, like Elon Musk and Warren Buffett, companies all over the globe are being incentivised to build more batteries.

It’s not a lack of will, but of the materials to sustain the push.

The European Commission, through funding its Horizon 2020 programme, is dangling a carrot worth €350 million (more than $413 million) to foster new companies in a sustainable battery industry on the continent.

The UK alone is also doing its own incentives program, through the government’s Faraday Challenge -worth £246 million ($320 million) to achieve the same goals.

And the UK is going to need to keep up, since UK electric vehicle registration has increased by more than 1 800% since 2011. In the EU, by 2030, EVs will be the only new vehicles that drivers will be able to legally purchase.

This is a massive sea change.

These massive investments into the sector don’t even include private investment, nor does it count the progress being made in the United States, and China.

The bulk of the world’s supplies currently are coming from Australia and South America.

Chemphys was intrigued enough by the potential of NRG’s HMN Project, that it signed a strategic alliance deal that included financial backing, and a future offtake agreement upon the project’s first lithium sales.

“We are very pleased with the investment in NRG by Chemphys and establishing a relationship with a high purity lithium manufacturer in China that supplies its products to the battery and energy markets,” says Adrian Hobkirk, president and CEO of NRG Metals after the partnership’s latest tranche of fundraising.

On top of the partnered HMN project, NRG has another high-potential asset in Argentina’s prolific Puna Region, which is one of the Latin American country’s most productive.

But for now, most of the market’s eyes will be on HMN, with its supportive Chinese partners, and its incredibly valuable real estate.

HMN shares the same prolific basin as FMC’s Lithium Fenix Mine, which has already been in production over the last two decades.

And next door to the project is a project that was previously rated as the best undeveloped lithium project in the region- the Sal de Vida Project, owned by Australian explorers Galaxy Resources.

If the lithium supply gap is going to be bridged by any region in the world, it’s most likely that it’ll come from South America.

The Lithium Triangle has the most room to grow, and has projects with the highest blue sky potential in the world. Companies like NRG Metals are in a great position to significantly contribute to the lithium market’s overall supply. 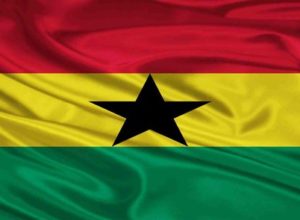