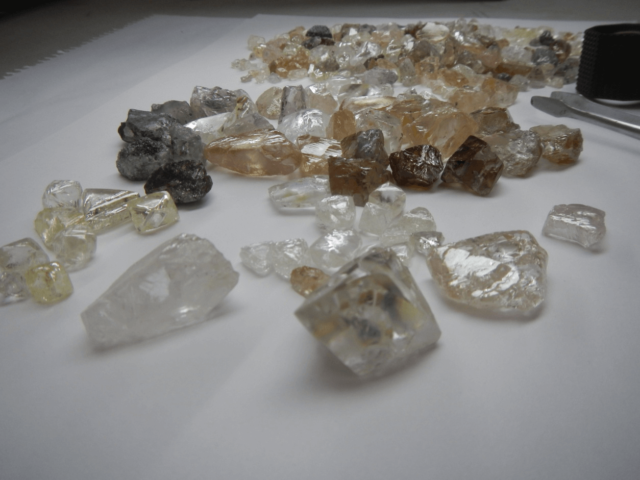 The Angolan Minister of Mines and Geology has approved a new kimberlite exploration licence for the Lulo diamond project.

Lupaca Diamond Company and its partners – Angola’s national diamond company Endiama, and Rosas & Petalas has announced that Lulo’s new kimberlite exploration licence is for a period of five years and covers the entire 3 000 km concession of the Lulo diamond project.

The ministerial approval enables the Lulo partners to finalise a mineral investment contract for the new licence, which will include a programme of exploration activities for the five year period.

Lucapa Diamond said that the kimberlite exploration programme at the Lulo project has been stepped up in anticipation of the new licence, with two drill rigs now drilling the priority kimberlite targets and a third drill rig due to arrive in December this year.

In addition, a  helicopter-borne electromagnetic survey is about to be flown over the Cacuilo River and valley area to help identify any additional non-magnetic kimberlite targets and to improve the definition of the known targets.

The Ministerial approval of the new five year kimberlite exploration licence follows the awarding of an alluvial mining licence in November 2014 and is further evidence of the strong working relationship between the Angolan government and the Lulo project partners which has been built over the last eight years, says Lucapa Diamond CEO Stephen Wetherall.