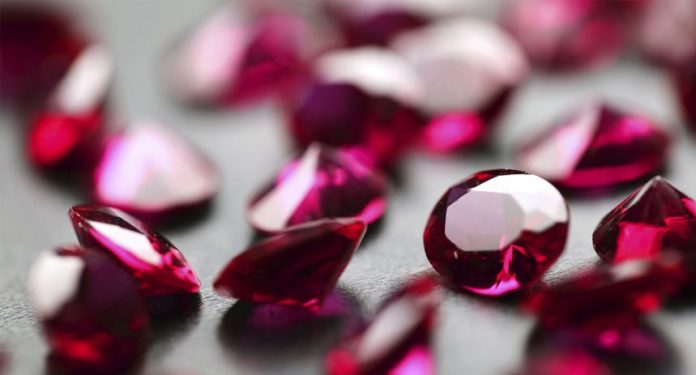 The 25 000 ct parcel includes four ‘special stones’ of 5 ct or more and stems from the outstanding results of the bulk sampling and prospecting programme at Montepuez, the company said.

Mustang Resources shipped its first commercial parcel of rubies totalling 6 221 ct to the US earlier this year. It included five special stones larger than 5 ct, including two 24 ct rubies. These stones are being prepared for sale by internationally-renowned gemstone cutter and polisher Meg Berry.

The success of the bulk sampling programme has seen the total inventory on hand increase to 37 291 ct from 14 952 ct at the start of February 2017.

The cutting and certification of the five ‘special-stones’ delivered to the US at the end of January 2017 is well advanced, with at least three of the five stones to be completed and submitted to the GIA for certification by the end of March. The remainder of the stones are scheduled for completion during April, after which they will be sold to select customers in the US.

While the sale of select ‘special-stones’ will provide initial “proof of concept” revenue in second quarter 2017, work on grading and preparing rubies for a larger volume sale in the second half of 2017  is well underway. This strategy will be supported by the export of the 25 000 ct parcel to Thailand in the week of 13 March, said Mustang Resources.

Given the fast growth in its gem-ruby inventory and increasing processing capacity and prospecting activities, Mustang Resources intends to have enough rough and cut stones to enable a sale of least 50 000 ct in the second half of 2017.

This will provide Mustang Resources with significant cash flow from its prospecting and feasibility work programme.

Auger drilling is progressing ahead of schedule with 578 m completed in the past month and a further 1 200 m planned in the coming three months. This will help to delineate the extent and volume of prospective ruby-bearing gravels at the Montepuez project.

Drilling has been planned on a north-west to south-east strike zone stretching from the north-west corner of licence 4143L, following which drilling will start over licence 5030L.

Work on the installation of a new front-end (scrubber and dewatering screen) for the 75 t/h bulk sampling plant is well advanced, with delivery and commissioning scheduled for mid-April.

These improvements will result in Mustang Resources having up to 1 500 t/d processing capacity on the bulk sampling plant for the remainder of the year, with expected higher efficiencies and ruby recoveries.