The World Platinum Investment Council (WPIC) has announced the publication of its latest Platinum Quarterly.

This is the first independent, freely-available, quarterly analysis of the global platinum market.

This report incorporates analysis of platinum supply and demand for the fourth quarter of 2018, the full year 2018 and a forecast for 2019.

This increase is due to the expected significant rise in investment demand, which offsets weaker forecast demand in automotive, jewellery and industrial segments.

Supply growth of 5% exceeds demand growth resulting in the market balance rising from a surplus of 645 koz last year to 680 koz.

Total investment demand in 2019 is forecast to be 530koz, as strong growth in ETF holdings reverses the net reduction in 2018 and adds another year of strong bar and coin demand.

Despite a fall in ETF holdings towards the end of 2018, investors rapidly increased their ETF holdings in the first few weeks of 2019 across western markets and South Africa.

Chemical demand is set to be up by 35 koz in 2019, which will offset declines in the glass and other industrial segments. This will see overall industrial demand come close to the high level in 2018 at 1,885 koz.

Automotive demand is projected to fall at a far slower rate than in 2018, declining 3% year-on-year to 3,000koz in 2019, compared to a 7% decline in 2018. The smaller decline is partly attributable to a stabilisation of demand in light-duty diesel autocatalysts in India.

Recycling platinum supply is expected to rise 3% to 1,960 koz in 2019 due to an acceleration in European autocatalyst recycling, but with slower growth in the US.

“It is encouraging to see investment demand for platinum growing rapidly in 2019, and we expect this trend to continue.

"We believe our ongoing efforts in product development through global partnerships, plus platinum’s discount to gold will support continued, solid retail investment in bars and coins.

Forecast 2019 refined production from South Africa, is higher than previously forecast, mainly due to some one-off releases from work-in-progress inventory.

Low levels of demand were due to declines in jewellery, automotive and investment demand that outweighed improved industrial demand.

Industrial demand was the only segment to see growth in Q4, 2018, which was up 7% year-on-year to 460 koz owing primarily to a recovery in petroleum requirements.

In this quarter, automotive demand declined by 8% year-on-year to 780 koz driven by ongoing decline in the Western Europe diesel car market, however this was up 10% from the prior quarter, Q3 18.

Demand for jewellery in Q4, 2018 dropped 12% to 600 koz due to poor retail sales in China leading to weak demand from fabricators.

Net investment demand was negative in the quarter as bar and coin sales were unable to offset the net reduction in ETF holdings. 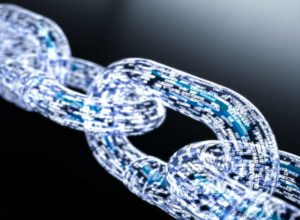