Resource Generation, the ASX/JSE listed coal company, is unable to shake market concern regarding the development of its Waterberg-based coal project Boikarabelo.

Having received numerous enquiries about the status of its funding, the company reveals it has been negotiating with various parties including a club of potential financiers to provide project finance for the construction of the Boikarabelo mine.

Negotiations are still continuing with the previously announced club of financiers with work continuing on an extensive terms sheet and bank case financial model. The process in reaching an agreed term sheet has been protracted due to several factors including the variable nature of the envisaged loan structure and maintaining deliverable outcomes within prevailing debt and coal markets.

Expectations are that the project finance will provide all required remaining funding for the mine construction. Consequently, if the proposed facility is made available, the company does not envisage the need for an associated equity raising.

In addition to the above, the company continues to explore alternative funding arrangements.

Resource Generation is developing the Boikarabelo coal mine in the Waterberg region of South Africa where there are probable reserves of 744.8 Mt of coal on 35% of the tenements under its control. Stage 1 of the mine development targets saleable coal production of 6 Mtpa.

UMS Group: Women are the catalyst for change 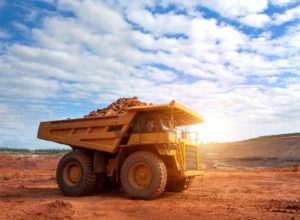