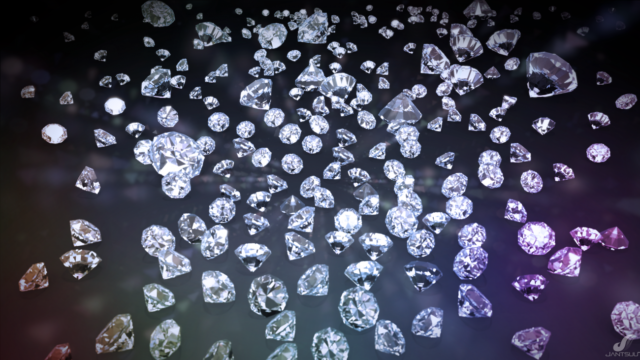 Rockwell Diamonds, the dual-listed alluvial diamond miner, is on track to commission its new Wouterspan plant by August 2016.

This announcement was part of the company’s quarterly production and sales update for the three months ended 31 May 2016.

Despite a change in the company’s production profile over the last two years including the closure of Niewejaarskraal, Rockwell Diamonds says it continues to pursue its medium term target to process 500 000 m³ of gravel per month in the Middle Orange River (MOR).

In addition to the significant contribution from Wouterspan, the immediate focus to achieve this is continuous improvement of mining throughput at Remhoogte (RHC).

The company has extended the lifespan of its Saxendrift operation but this will be wound down by August.

Rockwell Diamonds delivered an impressive performance for the quarter. Volumes were up 32% on Q1, 2016 and 7% on Q4, 2016, chiefly due to substantially higher volumes mined and processed at RHC.

Thirty +20-carat stones were recovered at Saxendrift and RHC, with the three largest stones being +96, +90 and +60. 997 carats were carried over into the second quarter of fiscal 2017 (including royalty contract goods).

“Our performance in the first quarter of fiscal 2017 is reflecting the effects of the improvements that we have been implementing, following the strategic interventions of late FY 2016. Productivity has been enhanced at our operations with the result of improved diamond recoveries and diamond values,” says Rockwell Diamonds CEO and president James Campbell.

“While operations are continuing to wind down at Saxendrift, production at Remhoogte is now stabilising after a challenging third and fourth quarter, previously reported. The positive impact of the new in-field screening capability installed at RHC late in FY 2016 and improving EMV availability is reflected in the notable increase in volumes mined and processed at RHC (up 30% and 42% respectively compared to Q4 2016).”

“In May we took a decision to outsource our mining processes on a fixed, pay-per-volume delivered basis. Accordingly, we have initiated negotiations on a new contractual arrangement, which will transfer the maintenance, availability and volume risks related to earth moving fleet availability to the mining service provider. This new arrangement represents a fundamental change to our business and operating model, which we expect will bring about further improvement.”

Campbell is excited about progress at Wouterspan. Early stage mining has so far produced a 100 000 m³ stockpile, with which Rockwell Diamonds can commence early commissioning of the wet processing plant, whilst construction of the Phase II In-Field Screening plant is being completed.