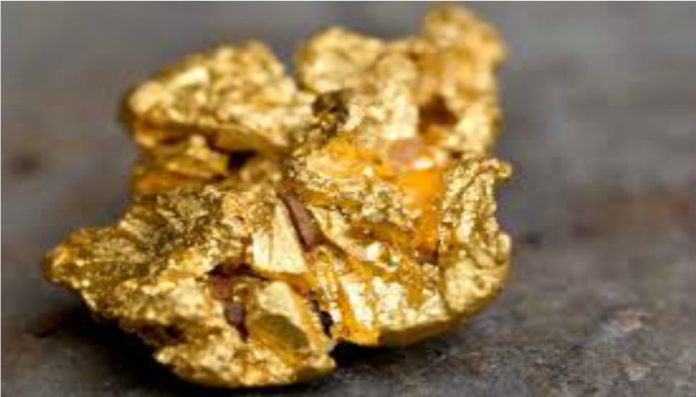 Sipa Resources’ recently completed deep diamond drilling at the Obelisk prospect has intersected a style of alteration and mineralisation at its at Paterson North project.

According to Sipa Resources this has not previously been observed at the project and is considered to be similar in style to large-scale iron-oxide copper-gold (IOCG) mineral systems.

The diamond drill hole was designed to test a charge-ability anomaly identified in a single line poledipole IP survey.

The anomaly was located east of the main IP gradient anomaly which has been the subject of previous drilling and shown to be associated with copper mineralisation.

“Coming on the back of our 2018 reconnaissance Aircore/RC campaign which successfully extended the mineralisation at Obelisk and defined a new copper zone at Aranea, the results of the deep diamond hole have added a significant and potentially exciting new dimension to our Paterson exploration programme,” comments Sipa Resources MD, Lynda Burnett.

“The identification of a potential IOCG mineralisation style which is quite different to anything we’ve seen in the area before shows that the mineral system at Obelisk has strong zonation and is potentially even more complex and prospective than we thought previously.

“Given its proximity to the reported Rio Tinto discovery just 10 km from our tenement boundary and the potential scale of the discovery opportunities in this area, we are very much looking forward to the next phase of exploration – which will include an airborne EM survey commencing early next year before we get the drill rig back next field season.

“We are continuing to learn a huge amount technically and geologically with each successive drill campaign, and we are confident that we are getting closer each time to cracking the code,” Burnett explains.

The shallower chargeable zone in the south-west corresponds to that detected on the IP gradient array survey conducted earlier in the year.

The zone between the two chargeable anomalies is highly resistive and has been interpreted to represent either a granitic intrusion or a zone of strong silicification.

The two modelled magnetic plates are located at the contact between the chargeable zones and the central resistive zone.

Two drill holes, PNA070 and PNA046, located about 60 m off-section and completed prior to the PoleDipole survey, recorded intersections of 102 m @ 0.09% Cu and 25 m @ 0.07% respectively, but did not intersect the shallow chargeable anomaly in the south-west.

Prior to the newly-completed diamond drill hole PND005, the deeper and stronger chargeable anomaly had not been tested by any drilling.

PND005 intersected granite and pegmatite from 96 m to 174 m down-hole before advancing into a zone of abundant pegmatitic dykes intruding fine-grained and hornfelsed metasediment and minor gneisses from 174 m to 298 m down-hole.

The hole then intersected dolerite from 298 m with very minor pegmatitic and granitic dykes to the end of hole at 510.5 m.

A zone of intensely hematite altered, red and oxidized granitic dykes and grey quartz veins was intersected between 390 m and 404 m at the edge of the IP anomaly.

Although the drillhole did not contain any significant reportable intercepts, character sampling for specific geological features of interest returned maximum copper and gold assays from this part of the hole, of 1630 ppm copper and 83 ppb gold.

This style of alteration, which has similarities to IOCG systems, has not been observed in previous drilling by Sipa Resources and contrasts with the mineralisation intersected in earlier drilling which is associated with biotite, quartz, pyrite, pyrrhotite and chalcopyrite.

These two distinct styles of alteration and associated mineralisation suggests that Obelisk is a complex zoned system.

Complexity and zonation of oxidized and reduced mineralisation is regarded as an indicator of enhanced prospectivity as change in oxidation state often leads to precipitation of mineralisation.

The large IP anomaly which was the target of PND005 has not been explained by the drill hole.

Ionic leach assaying is a powerful assaying technique designed for surface samples and is able to detect very low amounts of elements in the soils.

The technique is being widely trialed in the exploration industry with reported success in detecting anomalous metallic element signals through transported cover.

It is possible that such techniques will revolutionise geochemical exploration under  transported post mineral cover.

Following an initial orientation low level ionic leach sampling line over Obelisk in 2017, a further three programmes totalling around 200 samples have been collected and assayed from the Obelisk and Andromeda prospects.

Results show anomalism in a number of elements, including copper, which appear reasonably associated with drilled bedrock mineralisation at both Obelisk and Andromeda, around 20 km north-west of Obelisk.

At Obelisk, a north-west trending copper zone adjacent to the drilled copper anomaly is present.

It remains a distinct possibility that the area which is not anomalous is due to regolith impact and additional sand dune dilution of the samples.

Importantly, the soil copper anomaly is largely untested by drilling and where tested by recent aircore drilling corresponded to bedrock copper mineralisation in drill holes PNA090 and PNA091.

Extensive work on the drill core is being undertaken to understand the geological context,
geochemistry and geophysical aspects of the deep diamond hole with a view to resolving the nature of this apparent zoned system.

The results of the hole have increased the complexity of the system by adding a further style of alteration and copper mineralisation.

A further Pole-Dipole IP survey is currently being planned.

An airborne EM survey is also planned for 2019 to cover key areas of Sipa’s extensive tenement holding. It is understood that airborne EM played a significant part in Rio Tinto’s rumoured Weenoo discovery, located 10 km to the west of Sipa’s land-holdings.

Follow-up ionic leach sampling is planned to confirm and test the extent of anomalism defined to date.