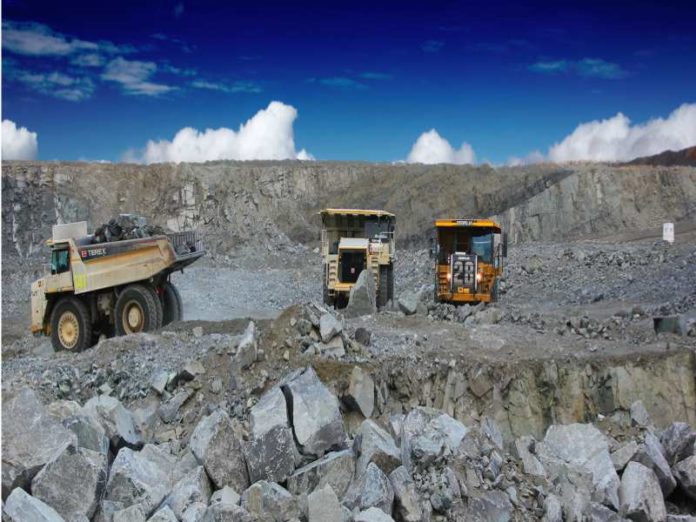 JSE-listed PGM and chrome co-producer Tharisa Minerals will deliver a number of optimisation and growth projects through the implementation of its Vision 2020 strategy which will considerably increase its production.

This includes achieving 5.9 Mtpa of ROM production as well as adding an additional 61 800 ozpa of PGMs and 602 000 tpa of chrome concentrates to the Tharisa mine’s annual production by 2020.

This will take the company’s production to 200 000 ozpa of platinum group metals (PGMs) and 2 Mtpa of chrome concentrates in the next two years.

Headed by CEO Phoevos Pouroulis, Tharisa was established to explore the potential to mine PGMs and chrome concentrates from the middle group (MG) reef horizon of South Africa’s Bushveld Complex.

Having confirmed the viability of this, the company submitted its first prospecting rights applications in 2004 which were subsequently granted in 2006, followed by the granting of a mining right in 2008.

The pilot plant evolved into what is today known as the Genesis plant, which was commissioned in 2011 followed by the start-up of the Voyager and Challenger plants in 2012 and 2013, respectively.

Despite several setbacks throughout the company’s development, it was the unwavering commitment to establishing the Tharisa mine that enabled the company to deliver record financial and operational results for its 2017 financial year – having produced 5 Mt of ROM (up 3.9% from 4.8 Mt in 2016), 143 600 oz of PGMs (up 8.3% from 132 600 oz in 2016) and 1.3 Mt of chrome concentrates (up 7% from 1.3 Mt in 2016), of which 24.3% of total chrome production was speciality grade chrome concentrates (chemical and foundry).

Based on these solid performance results, Tharisa’s 2018 financial year production guidance remains at 5 Mt of ROM and production, 150 000 oz of PGMs and 1.4 Mt chrome concentrates, of which 350 000 t will be specialty grade.

Tharisa mine at a glance

The Tharisa mine, located within South Africa’s main PGM and chrome producing area on the south-western limb of the Bushveld Complex, contains a large 97 Mt reserve (1.39 g/t 5PGE+Au and 18.9% Cr2O3).

This open pit resource is expected to continue until 2034 before a transition to underground mining commences – likely to extend operational lifespan by another 40 years.

Despite a simple minerals processing flowsheet, Tharisa’s ore body mineralogy allows the company to maximise chrome extraction upfront in the process, followed by PGM extraction in the second part of the process, and finally a third pass to extract additional chrome, explains Tharisa mine metallurgical manager Alston Smith, noting that this allows us to unlock maximum value from the asset.

Linked to the Genesis plant is the Challenger plant, which recovers high-value foundry and chemical grade chrome concentrates.

In terms of chrome production, the company produced 1.2 Mtpa of chrome (5.2% of which was speciality grade chrome) in the 2013 financial year.

Production dropped slightly in 2014 and 2015 because the company focused on maximising its speciality grades of chrome and in 2016 returned to its previous production level of 1.2 Mtpa of chrome, but significantly improving the percentage of speciality grade chrome to 21.7%.

Results achieved during the first quarter of the 2018 financial year indicates that that the company is well on its way to achieving its 2018 production guidance having processed 1.3 Mt of ROM – 38 800 oz of which is PGM in concentrate and 365 800 t of which is chrome concentrate at a recovery rate of 84.3% and 65.5%, respectively.

The optimisation and growth projects to be undertaken as part of the Vision 2020 strategy include two optimisation projects and the establishment of two new minerals processing plants.

The first of the two optimisation projects will be the upgrade of the crusher at the Genesis plant.

The project is scheduled to be commissioned during July 2018 at an expected capital cost of approximately R90 million, with an estimated operating cost of R10/t. Based on these costs, the expected payback period would be less than 12 months.

The second of the projects is the PGM optimisation at the Voyager plant where additional flash flotation and a scavenger plant with high energy mechanisms are aimed at improving PGM recoveries and increasing PGM production by an estimated 14 000 ozpa.

The project is expected to be commissioned during October 2018 at a projected capital cost of approximately R70 million.

Operating costs are expected to be negligible and the payback period is anticipated to be less than 12 months.

As part of its Vision 2020 strategy, Tharisa is also evaluating the construction of two new plants with a combined capital cost of about R600 million.

The first of these is the Vulcan plant, which will facilitate additional recovery of fine chrome from tailings streams.

The proprietary process is being developed by Tharisa and a 10 tph ROM demonstration scale plant is being constructed.

The feasibility study and process design will be undertaken in conjunction with the operation of the pilot plant, the results of which are expected by September 2018.

The full scale Vulcan plant is expected to be commissioned during October 2019 with projected chrome concentrate production of 380 000 tpa.

The estimated capital cost is R300 million, while operating costs are estimated at R50/t.

The Apollo plant, the second of the new plants, will be designed and built as an independent integrated PGM and chrome plant that will process upper group (UG) 1 and MG run of mine.

It will be designed in two phases, the first of which is expected to treat 50 000 tpm and the second phase expected to double capacity to 100 000 tpm.

The feasibility study for the Apollo plant is being conducted and test work and resource estimation are in progress.

Once in production, the Apollo plant is expected to produce 6 000 ozpa of PGMs and 180 000 tpa of chrome concentrates.

The capital cost is estimated at R300 million and operating costs, including mining, at R225/t.

Pouroulis notes that development of both the Vulcan and Apollo plants are subject to feasibility studies and, if approved, will be funded through a combination of cash flows and drawdown from debt facilities.

“The Vision 2020 projects, combined with improvements in grades following the transition to the owner mining model, will ensure we achieve our 2020 targets, says Pouroulis.

In the longer term, Tharisa is looking at Greenfields opportunities to diversify its product mix, particularly into strategic raw materials that are needed for the growing electric vehicle and energy storage markets.

“We are not just going to limit ourselves to just PGMs and chrome but rather to seek value across different commodities and geographies, where we can operate in the lowest cost quartile,” says Pouroulis.

We are looking at commodities that will be in deficit in future with limited historic investment in these opportunities, he adds.