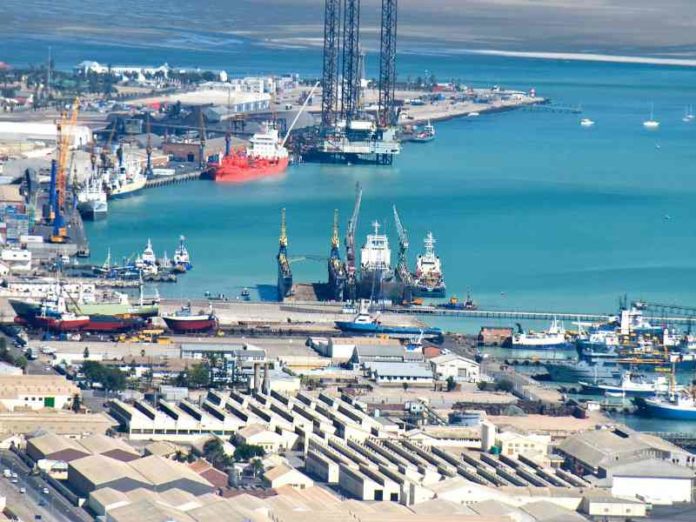 Walvis Bay is Namibia’s largest commercial port and serves as the logistical backbone for several industries in the southern African country.

The small country with an estimated population of 2.59 million people is also set to become a regional logistic hub with the ongoing expansion of the Walvis Bay Port, driven by the country’s long term Vision 2030.

The project includes the construction of a new container terminal on a 40 ha of land reclaimed from the sea, which is expected to lead to more and sustained trade between the South African Development Community and the rest of the world.

Situated on Africa’s western coast, the modernized and larger port will mean easier and much faster transit between Southern Africa, Europe, Asia, and the Americas.

Expectations in the region are running high at the prospect of becoming a regional logistical hub.

Supported by a loan from the African Development Bank in 2013 of ZAR 2,982 million (about US $300 million), or 87.6 % of the costs, the Port of Walvis Bay’s new modern container terminal is expected to increase the container handling capacity from the current 355,000 twenty-foot equivalent units (TEUs) to up to 1,005,000 TEUs.

The construction of the new container terminal is due for completion in June 2019; work is already more than 85% complete on the expansion works, with ancillary activities to follow.

The port will directly benefit the people, governments and private sector in Namibia, as well as the SADC region – particularly Angola, Botswana, Democratic Republic of the Congo, South Africa, Zambia, and Zimbabwe.

Additional capacity will lower the transport costs of goods purchased in Namibia and neighboring countries, representing some 14% of the total cost compared to an international standard of only 5%.

Philip Coetzee, General Manager at Woker Freight Service, one of the oldest logistics companies in Southern Africa region, says, “I think the expansion is very positive news for the industry and for us as a business. It promises increases in business volumes, cargo flows, and additional commodities coming through. So, it is definitely a positive outcome.”

The bank’s support will also finance the purchase of up-to-date port equipment and training for pilots and operators at the new terminal.

In funding this project, the bank aligns with the Namibian Government’s ambition to increase the capacity and efficiency of the Walvis Bay Port to respond to the growing freight demand in the region.

The new port of Walvis Bay Container Terminal Project will significantly boost the Bank’s work in regional integration and improving the lives of Africans.

Poverty alleviation in the SADC region will improve, thanks to better port efficiency and larger volumes of cargo from more trade, which will create better opportunities for trade, jobs creation and capacity development.

This will lead to inclusive growth and economic transformation.