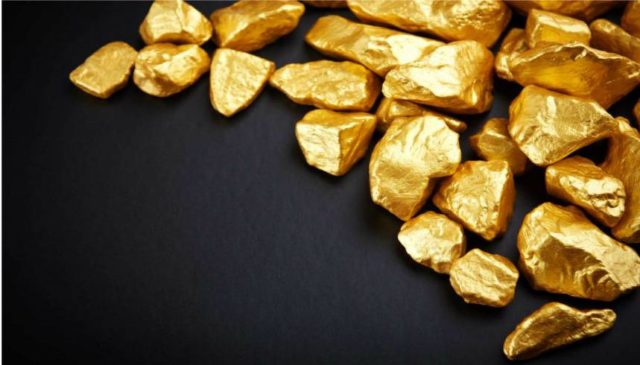 In April 2017 Resolute Mining submitted offers for the Bokari and Um Samra exploration concessions and has this week received official notification that the company’s offers for these two concessions has been accepted.

Commenting on the successful bid Resolute Mining’s MD and CEO, John Welborn, was delighted to have advanced the company’s strategy of building a portfolio of exploration and development assets in highly prospective regions.

“We are pleased to have been successful in our application for these large scale exploration concessions in Egypt.

“Resolute Mining is a successful explorer, developer, and operator of gold mines and we have been active in Africa for more than twenty years. We are eager to secure new high quality exploration assets on the African continent that provide the opportunity to discover and develop future gold mines.

“The Bokari and Um Samra concessions fit our criteria of exploration tenure within well-endowed gold belts that have potential to yield large mineable deposits.

“Resolute Mining will now work with the local authorities to complete the necessary procedures of the tender process which will include negotiations with EMRA on formal concession agreements. In recent times Egypt has been ignored by modern gold miners due to highly restrictive commercial terms based on a production sharing arrangement which is better suited to the oil and gas industry.

“A challenge for Resolute Mining will be achieving a fiscal arrangement with EMRA which will support the application of the required investment capital to develop a modern gold mine.

“Resolute Mining has a strong history of successful government partnership and we believe a key element is demonstrating future mutual economic benefit. A first step in this process is successful exploration to define mineable gold deposits.

“Egypt is a sophisticated country with an ancient gold mining tradition that dates back to the Pharaonic era. While Centamin’s successful development of the world class Sukari Gold Mine demonstrates Egypt’s modern gold mining potential, Sukari remains a lonely operation in a country that has the potential to rival Ghana or Mali in future gold production.

It is host to a variety of mineralisation styles including shear zonerelated, mesothermal deposits and volcanogenic massive sulphide ore deposits. Resolute believes the ArabianNubian Shield could be the next major exploration frontier in Africa, potentially rivalling West Africa’s gold driven mineral exploration boom.

The Egyptian portion of the Arabian-Nubian Shield hosts Centamin’s 15 Moz Sukari gold deposits. The Bokari and Um Samra concessions are located between 70 and 100 km North-West of the Sukari mine.

EMRA called for bids in January 2017 for five large blocks in the first international tender process for new gold exploration concessions since 2009.

The deadline for submission of bids was April 2017. Following evaluation of the bids received EMRA officially announced the successful bidders on 3 July 2017.

The terms and conditions of the bid round, consistent with Egypt’s current Production Sharing Agreement (PSA) approach, were as follows:

Resolute Mining will now enter a process of negotiations with EMRA, to finalise detailed conditions for the operation of the concessions.

On conclusion of these negotiations the operating conditions will be adopted as Egyptian law. This process is expected to take approximately six months to complete.

The Bokari and Um Samra concessions

The 1 583 km2 Bokari and 819 km2 Um Samra blocks are located between 70 and 100 km northwest of the Sukari gold mine. There is excellent access through sealed roads to airports at Marsa Alam and Aswan.

The blocks are close to three major cities which will ensure ready access to all logistics and support services required for exploration.

The Bokari and Um Samra concessions contain extensive artisanal workings but have been subject to very little modern exploration work.

Under Egyptian mining law and bid terms established by EMRA there are two stages of licence that may be issued to Resolute by the Ministry of Petroleum and Mines:

Confers the exclusive right to explore within the licence area and priority in obtaining a mining exploitation agreement. Issued for a maximum period of up to six years, subdivided into three periods. Not less than 25% of the licence area must be forfeited after each exploration period.

Confers the exclusive right to explore, extract and exploit specified minerals in the licence area. The Exploitation lease must first have had an exploration licence over the area. Issued for a period up to 15 years, renewable for another 15 years.

Egyptian law allows 100% foreign shareholding of Egyptian companies. Egypt has adopted a set of fiscal terms known as a Production Sharing Agreement (PSA), under which the concession holder pays the government a production share in addition to a royalty. This contrasts with the tax and royalty arrangement observed in most mining jurisdictions.

Implication of current legislation for gold mine development

Resolute Mining is committed to working with the Egyptian government towards establishing a set of terms which meet the needs of both parties.

Centamin, the only modern international gold miner in Egypt, operates the Sukari mine under a cost recovery model which differs in important ways from the current proposed arrangements.

Centamin did not participate in the bid process on the basis of their belief that the proposed terms were not commercial. Centamin has invested over US$1.1 billion in the development of the Sukari gold mine, has trained and currently employs more than 1 300 people, has paid royalties and profit share of more than $150 million to date to the Egyptian government, and has established one of the 20 largest gold mines in the world.

Resolute Mining is committed to operating mines to the benefit of all stakeholders which includes shareholders, host governments, local employees and communities.

A growing and prosperous modern gold mining industry requires the adoption of a fair and reasonable fiscal regime that encourages development by recognising the risk and expenditures incurred by miners in exploring for and developing new mines.

Resolute has developed a strategy for establishing a presence in Egypt based on the following sequence:

Resolute Mining is eager to develop a partnership with the Egyptian government and people that brings benefits to all stakeholders.