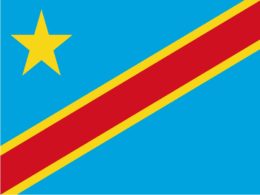 Jun 28, 2019
0
Kamoto Copper Company has observed a growing presence of illegal artisanal miners throughout its industrial mining concessions in the Kolwezi area. 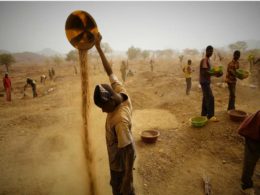 How to integrate artisanal miners into official industry

Mar 13, 2019
0
While it is illegal, it is clear that artisanal mining is part and parcel of our economies, communities and the mining industry. 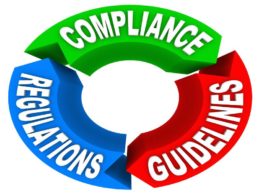 Artisanal and small-scale mining – to regulate or not?

Feb 19, 2019
0
Should the artisanal and small-scale mining industry that is estimated to be the main source of income to 40.5 million people globally be regulated or not?

[img:Nigeria%20ys.thumbnail.jpg| ]Lagos, Nigeria --- 05 July 2013 - The World Bank, Australia and Canada have launched a two-year programme to support mining and steel development in Nigeria.

The project is being financed by the governments of Australia and Canada for US$940,000 and US$950,000, respectively, reports allAfrica.com. This follows in the wake of earlier reforms implemented by the Nigerian federal government with the support of the World Bank’s US $120 million Sustainable Management of Mineral Resources Project (SMMRP) from 2004 till 2012.

“Contributions from mining as a percentage of GDP in mining-rich countries are usually between two and eight percent. In Nigeria, the contributions are still low at 0.15%, but Nigeria has done well to re-invigorate the sector following the first five years of its SMMRP- supported reform,” said World Bank country director in Nigeria, Marie Francoise Marie-Nelly.

She pointed out that the mining reform cycle normally has a long time frame of over ten years to bring its full benefit to the economy and the GDP. It is important for the government to sustain the reforms and continue to place emphasis on institutional strengthening, transparency, accountability, and governance improvements, she added.

The Australian government's support will help identify mineral resource corridors; improve education and training for mining sector employment; as well as update the fiscal regime for mining; formulate an artisanal and small-scale mining strategy; and review the strategy for mid-tier mine operators.

Bloomberg News quotes President Michel Djotodia’s office as saying in a statement read on state radio  that an unspecified number of people were injured in the accident, which followed heavy rains. “The death toll may rise further,” it said.

“The president extends his condolences to the victims’ families,” the presidency added, announcing that three days of mourning would begin immediately.

Most gold production in the Central African Republic, which is about the size of Texas, is artisanal, according to the U.S. Geological Survey. The country produced 53kg of the metal in 2011, according to the agency’s website.

The country is the world’s 11th biggest producer of rough diamonds by volume, according to the USGS.

Confirming this during a ceremony to grant mining licences for artisanal diamond exploration, company managing director Ganga Júnior told Macauhub News Agency that annual revenues varied between US$500 and US$550 million, but added that due to a 5% drop in production in the first half of this year, the figure would not exceed US$400 million for 2012.

Macauhub quotes Angolan news agency Angop as reporting that Carlos Sumbula said that as soon as industrial exploration ended due to reduced reserves, the remainder was still profitable for artisanal mining.

“These reserves are granted to Angolan citizens so that they can carry out artisanal mining,” noted Sumbula, adding that in some cases Endiama had granted direct artisanal concessions, meaning that, “we do not need industrial activity to have ended.”

The chairman of Endiama also said that in future artisanal mining would be the responsibility of diamond sales company Sociedade de Comercialização de Diamantes de Angola (Sodiam), and would be coordinated by logistics company Endiama Logística Integrada (Enditrade) together with residents of the respective areas.

Sumbula added that Endiama had started distributing mining permits in several municipal areas and over the next few days these would also be distributed in the province of Lunda Sul.

AngloGold’s new DRC mine to produce gold next year

[img:Deaths%20-%20Pic%201_3.jpg|Artisanal mining
dominates the area
surrounding the
Mongbwalu mine
in the DRC]Johannesburg, South Africa --- 30 April 2012 - Top African gold producer AngloGold Ashanti has announced that it has commenced construction at its Mongbwalu mine in the north eastern Democratic Republic of Congo (DRC), and that it aims to start pouring gold before the end of 2013.

The mine â€’ which lies in the formerly war-torn region of Ituri, a renowned gold bearing area â€’ has a confirmed resource of 2.5Moz, according to general manager Richard Peattie. “We want this to become one of the cornerstones for AngloGold Ashanti in this region,” he told Reuters.

The construction phase is being accelerated to prove the company's commitment to the region, where ongoing insecurity has hampered exploration, Peattie said.

The mine is expected to be the first of several projects on AngloGold's 6,000sq km Ituri concession, where the company holds an 86.22% stake in a joint venture with the government.

“There's no doubt that this place has got immense potential. Just a little bit of drilling that we've done around here would suggest that we can make this into something special,” Peattie declared, declining to give details of investment costs.

The Ituri region was the scene of brutal ethnic warfare during the DRC’s second civil conflict, which ended in 2003, and the area remains heavily dependent on informal artisanal mining to drive its fragile economic recovery.

AngloGold also has a 45% stake in a joint venture with Randgold and the DRC government in the Kibali mine project, which has probable reserves of more than 10Moz, and is also expected to start producing by end-2013.

[img:Angola%20wo_0.jpg|Diamond mining
in Angola]Luanda, Angola --- 23 April 2012 - The Angolan mining sector grew 11.8% cent from 2008 to 2011, with the greatest contribution coming from the sub-sector of construction material.

allAfrica.com reports that this was revealed here by the Angolan secretary of state for industry, Kiala Ngone Gabriel, who was speaking at the opening ceremony of the event to celebrate the Angolan mining sector workers' day which will be marked on 27 April.

Citing the Angola Press Agency, it said Gabriel went on to say that the diamonds sub-sector had contributed to this growth with 2.5%; the industrial exploration sector had given 3%; and artisanal exploration of diamonds had realised 2%.

According to the secretary of state, a geology and mining national plan was already being drafted, and that would enable the department to understand and take better advantage of the country's resources, with a view to a greater contribution to the growth of the national economy.

He added that the Mining Code, approved in 2011, had been enabling in understanding the rights and duties of workers, as well as the respective responsibilities towards the communities where the resources were extracted.

First industrial gold mine since 1950s to launch in the DRC

Jul 7, 2011
0
The Twangiza Project in the Democratic Republic of Congo will be the country’s first industrial gold mining operation to open in more than half a century. The Canadian-owned Banro Corporation is scheduled to pour the first bar of gold at this open-pit mine sometime in the fourth quarter of this year.

This opening of this mine marks the end of a long hiatus from industrial gold mining in the DRC, which has fallen into the realm of numerous small-scale artisanal mines, notorious for funding competing armed groups in the area.
1234Page 2 of 4