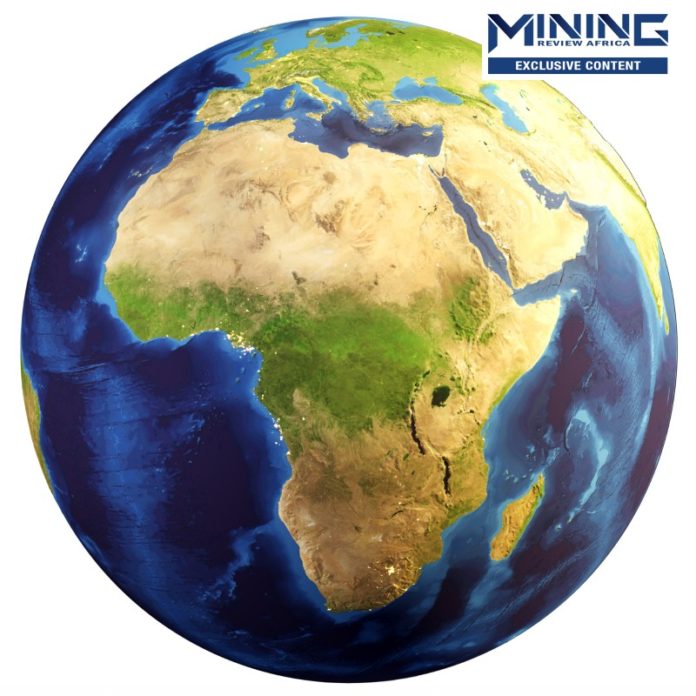 Beneficiation in Africa is complicated, costly and cannot happen overnight. In order to succeed, it requires the right infrastructure, investment in human capital and investor-friendly policies. GERARD PETER reports.

This was the general consensus of a panel discussion at the recent DRC Mining Week Online event organised in collaboration with Mining Review Africa. Titled Beneficiation: Missing piece in the equation, the discussion centred on ensuring that beneficiation is carried out in a way that benefits both countries’ economies and mining companies.

The panel featured Louis Watum, president of the Democratic Republic of Congo (DRC) Chamber of Mines and general manager of Ivanhoe Mines DRC. He was joined by Aleksandra Cholewa, director of investment and development at LuMa Holdings. The company is responsible for developing the LuNa Tin Smelter located in Kigali, Rwanda.

Kicking off the discussion Cholewa said that in established mining countries such as the DRC, beneficiation should be a natural growth path. However, in order for beneficiation to be a success, it means that all boxes need to be ticked. This includes having a stable energy supply, a raw material base available, infrastructure and skilled teams. This, she said, can only be achieved if there is strong ongoing cooperation from all stakeholders including investors, the central government, local authorities and communities.

Weighing in on the point, Watum said it is important to first map out a way for beneficiation and then determine what enabling policies and support measures are required to ensure this happens successfully and for the benefit of all. “If a country such as the DRC wants to ensure that minerals are refined in the country, then it needs to focus on building capacity such as ensuring that there is enough energy to process those minerals,” he added.

Obviously, a key factor that drives beneficiation is government policy. However, Watum stated that building a smelter should not be a political decision but rather an economic one. “Everyone would prefer to ship metals rather than concentrates but to build a smelter costs a lot of money. As such, one has to look at the economics of each mining project, including looking at the basis for the funding of these projects. That’s because some of these projects are funded on the basis of producing concentrates and already have long-term off taker agreements in place.”

At the same time, Watum advised that a good starting point is to consider growing “back linkage industries”, businesses that are involved in the production of machinery and spares as well as services that support processes that precede beneficiation such as exploration, mine construction and extraction.

In May this year, Ivanhoe Mines started production of copper concentrate at its Kamoa Kakula mine in the DRC. Subsequently, the company signed a ten-year agreement with Lualaba Copper Smelter in Kolwezi to process a portion of its copper concentrate production. However, Watum points out that the company will have its own smelter up and running within the next four years at a cost of about US$800 million.

“The smelter will process our concentrates and produce blistered copper. Preparations have already begun, with the first aim being to provide more power by refurbishing one of the turbines at Inga Dam which will provide 160 MW of power to the plant.”

With ESG goals becoming more critical in assessing the success of mining operations, Watum explained that Ivanhoe Mines will be using indirect crush smelting technology to reduce its environmental footprint. “This is the cleanest technology that exists today in terms of smelting sulphide copper concentrates to produce blistered copper and produces very low emissions. Also, half of the waste that we will be producing will be returned for backfill in the ground.”

With regards to the DRC, Cholewa stated that there is definitely a place for beneficiation in the country but this requires a lot of preparation. To that end, she said that cross-border cooperation could be of great benefit. “We know that there is a significant lack of energy in the DRC but this could be delivered from neighbouring countries. There could also be a transfer of skills knowledge between countries so that the smelting capacities and the skills required are fully developed in the DRC,” she explained.

Meanwhile, one of the key concerns about metals produced in Africa is traceability to ensure that it has been responsibly sourced. To that end, Cholewa stated that this was top of mind when LuMa Holdings decided to build a smelter in Rwanda. “Our traceability team was the first team we put together when we decided to come to the Great Lakes region. LuNa Smelter is the only smelter which operates in a so-called high-risk conflict area according to the Organisation for Economic Co-operation and Development (OECD). Today, we are the only smelter in Africa that meets OECD due diligence guidelines for responsible mineral supply chains.”

Furthermore, the company has collaborated with German company Minespider and Google to pilot the OreSource blockchain tool to ensure responsible mineral sourcing. As a result, all products that are manufactured at LuNa now carry digital certificates and are fully traceable, which is particularly beneficial for downstream companies.

Ultimately, beneficiation needs to benefit countries at a grassroots level. A good example of is the socio-economic upliftment that LuNa is enabling in the local community where it operates. For example, the smelter is one of the largest employers in the district. Also, the company has empowered a female run agricultural cooperative that sells its fruits and vegetables at the smelter.

With Africa holding 30% of the world’s global mineral reserves and producing over 60 different metals and minerals, there is huge potential for exploration and production. And there’s no doubt the mining industry has the potential to contribute to economic growth in a very significant way and help alleviate poverty on the continent.

In order to achieve this, Watum says that beneficiation has to be done in a sustainable manner. “If we want to be competitive, we must adopt the right policies and support measures to allow investment and the development of the mining sector. Also, we must seriously look at the deficit in infrastructure such as roads and railways.”

In conclusion, Cholewa stated that the Green Revolution cannot happen without Africa. Taking this into account, she called for sustainable investment as well as support from downstream high tech companies to create environments conducive to beneficiation. “We need to create conditions that enable beneficiation in all countries, not just a few in a particular region. A key factor in determining this is regional cooperation between countries as well as community involvement.”