After seven years at the helm of Anglo American Platinum, Chris Griffith has decided to step down as CEO and executive director of the company to pursue other career opportunities.

Griffith will step down at the company’s AGM on 16 April 2020 and his successor, who is expected to be an internal candidate from within the Anglo American group, will be announced in the near future.

Amplats chairman Norman Mbazima thanked Griffith on behalf of the board for leading the company during the last seven years, noting that his exceptional contribution to improving safety and the operational and financial turnaround of the business has produced excellent results.

“The focus on innovation and developing diverse markets for our range of metals, sees Anglo American Platinum well positioned to continue growing from its current position of strength. Griffith has notched up many significant achievements during his 30-year career with Anglo American and we wish him the very best for the future.”

Commenting on his departure, Griffith said he enjoyed the significant challenge of leading one of the world’s great precious metals businesses.

“This has been the pinnacle of my long and fulfilling career with Anglo American – ending it back at Anglo American Platinum, which was where my career started 30 years ago.

“We have made tremendous progress at Anglo American Platinum on many fronts, from safety improvements to successfully completing the significant restructuring and repositioning of the portfolio of assets, which continue to deliver industry leading returns.

“After more than seven years at the helm, and given all that we as a team have achieved, this is now the natural time for the next generation of leadership to take this business forward and deliver further value,” he said.

Griffith thanked the executive team, senior management and all Anglo American Platinum employees for their hard work, dedication and support that has taken the company to where it is today. 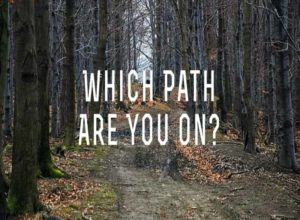