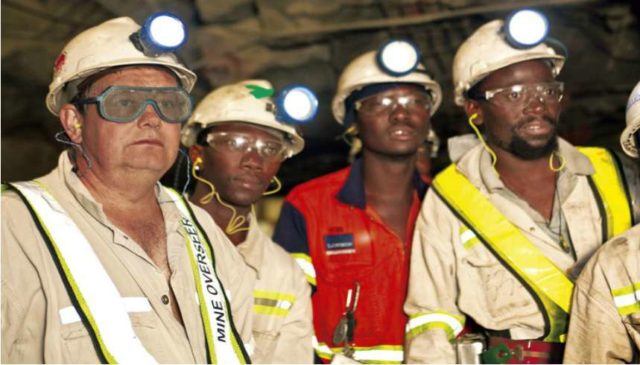 Sibanye-Stillwater CEO Neal Froneman has committed to saving between 18 000 and 20 000 Lonmin jobs should the deal to acquire the troubled PGM miner be given the green light, writes Laura Cornish.

Froneman was speaking at a Sibanye-Stillwater investor day yesterday where the company’s executive team outlined in detail its position in the PGM sector, its forecast for precious metals prices moving forward and its vision for the business once the Lonmin assets were incorporated into the company.

Lonmin employs about 32 000 employees at present and has indicated that it needs and has plans to shed about 12 600 jobs over the next few years as it struggles to keep its head above water in a weak PGM market.

“Those 12 600 jobs losses are necessary for Lonmin’s sustainability, and this necessity will continue even under the Sibanye-Stillwater umbrella. Nonetheless, the remaining jobs in the company will be safe as we commit to operating the mines in a sustainable manner,” Froneman revealed.

He also confirmed that the Lonmin transaction would not bring more debt into the company, but confirmed that should shareholders would not give the go ahead for the acquisition if its financials were below expectation. “We do have a Plan B alternative in that case which would be to acquire selective assets.”

“It makes sense to incorporate Lonmin’s assets into our PGM portfolio as they offer geographic synergies with our Rustenburg operations.”

Moving forward, Sibanye-Stillwater expects a Competition Commission ruling on the deal in Q3, 2018 and should shareholders grant their approval, will conclude the acquisition by the end of this year.