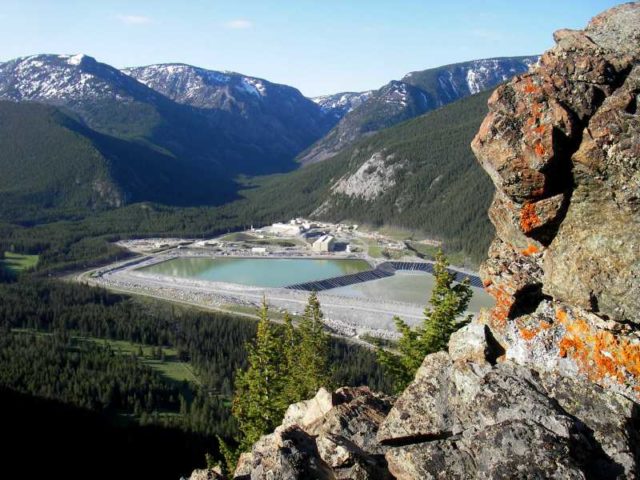 “This year represents 20 years since the Good Neighbor Agreement (GNA) was signed – representing a commitment by both the mines and their surrounding communities to work in close collaboration to ensure decisions that impact local communities and economies, as well as the environment, are made with the community groups’ participation.

And its success to date showcases a truly utopian environment to be a part of,” HEATHER MCDOWELL, VP for legal, environmental, and government affairs at Sibanye-Stillwater’s US PGM operations tells LAURA CORNISH.

8 May 2000 marked the exact date when the legally-binding GNA contract was signed. It was negotiated between Stillwater Mining Company (now part of the Sibanye-Stillwater Group, and three community organisations: The Northern Plains Resource Council and two of its affiliate groups; the Cottonwood Resource Council; and Stillwater Protective Association.

“The GNA journey has emerged as an ultimate example of collaboration and is even more impressive considering it was born out of conflict,” McDowell states.

“The Stillwater mine was looking to build a new tailings facility in the 1990s, downstream from the mine.  At the same time, exploration work was ongoing at what would be the East Boulder mine. This caused upset amongst local residents who initially sought the litigation route to resolve concerns around the facilities’ potential impact on the environment.”

Having realised the long and arduous road litigation represented, community members reached out to the mine to resolve their concerns.

“Thanks to the foresight of these community members and the mine to establish a constructive working relationship with local residents, the outcome – the GNA – was positive and determined to be in the best interest of all parties,” McDowell continues.

The GNA provides an innovative framework for the protection of the natural environment while encouraging responsible economic development. It contractually binds Sibanye-Stillwater to certain commitments and holds the mines to a higher standard than that required by federal and state regulatory processes.

Its commitments include transparent and productive interaction with the community groups, using the GNA as a vehicle for dispute resolution and positive stakeholder engagement.

Each of Sibanye-Stillwater’s mine sites in the US has a Good Neighbor Oversight Committee that meets three times a year. In addition to these formal, minuted meetings, the Technology Committee and other committees meet as needed.

The various groups that make up the GNA often communicate daily with company employees to address ongoing projects. Members also meet socially throughout the year.

The GNA funds mining and groundwater experts who advise the group, allowing the citizens’ organisations to understand the US business in enough detail to fully assess potential environmental and social impacts, and to engage in the science and technology behind Sibanye-Stillwater’s US PGM operations.

Such understanding enables the Group to provide feedback on the areas of permitting and mine planning in advance of formal comment periods so that permitting strategy can be adjusted to address neighbours’ concerns.

“And although the GNA is a legally binding contract, it has over the years evolved and has become a living collaborative document that the parties are willing to adapt as the need requires.

“This approach and dedication from all stakeholders is so refreshing and is embodied in the spirit, passion and enthusiasm delivered by everyone involved.

“The mine wants to do right by its communities and the communities want to be a part of ensuring the mine is able to make the right decisions to grow while remaining sustainable – important considering the economic contributions the mine makes to the region and the State. Regular and rational conversations hold the key to achieving this,” McDowell highlights.

McDowell is a lawyer by profession and specialises in environmental litigation. Having fulfilled this function in other industries where adversarial relationships existed with local communities, her appreciation for the “magical GNA environment” is one that comes from experience and understanding the nature of this business from a legal standpoint and how it can be a difficult and unpleasant one.

Sibanye-Stillwater believes the agreement has accomplished its original objectives, which include minimising potential adverse impacts of its operations, establishing open communication between the parties, and ensuring the community groups have an opportunity to participate in company decisions.

“In the 20 years of the GNAs existence, “there has been no formal conflict, no arbitration and no environmental litigation since the agreement came into effect – a colossal achievement for any mining company,” McDowell highlights.

Sibanye-Stillwater has also maintained the pristine area around which it operates – the region is home to the unspoiled waterways and natural landscapes seated below stretches of Montana’s Beartooth Mountains near Yellowstone National Park.

“In an era of increased political polarisation, when the conflict and division between people with different views of the world are rarely resolved, the GNA proves that sustained cooperation is possible,” says Charles Sangmeister, a member and past president of Stillwater Protective Association who lives directly across the road from mine operations.

“The agreement has ensured that our communities remain a place where people hike, fish, raft, enjoy the scenery, and, most importantly, continue to call ‘home,’” Sangmeister continues.

“For 20 years now, we have found a way to work through our differences and protect this beautiful region we all love.”

“Importantly, the GNA is only as successful as the efforts of the parties and this is evident in every decision we make. It has given the mine and our local communities security in knowing that we can work through challenging issues,” McDowell notes.

The secret to success

Commitment from the parties has clearly been demonstrated as key to the success of the GNA, but it extends beyond this McDowell points out. “We don’t always agree, but these challenges are good because it means the agreement is working, and that we are considering diverse views.

“Another key success factor is the amount of resources and time injected into the GNA. The people who give so tirelessly and effortlessly to the GNA, from mine and community is essential for this to work.

“The support of a contract with structure and adequate resources is important, as much of the work is undertaken with volunteers,” McDowell outlines.

Paul Hawks, a rancher and member of Cottonwood Resource Council was part of the original team who negotiated the agreement in 2000. He describes it as a model for expanding how to think about industry-community relations.

“Successful community development of natural resources goes beyond creating jobs. It recognises the other values that make a community a nice place to live and prosper,” he says.

“It seeks to give equal voice to those values throughout the planning, development, operation, and closure of that resource project. The GNA gives that voice a formal seat at the table.”

The agreement has taken work and dedication to maintain for so long, especially considering its unconventional nature. The contract has endured even as the mine has changed ownership four times in the subsequent decades.

“Despite the challenges, the agreement remains a working example of how ranchers, rural communities, and mining companies can work together to address local environmental and economic issues without going to court.

Group CEO of Sibanye-Stillwater, Neal Froneman envisions that the principles of the GNA could be rolled out to the Group’s South African (SA) operations and comments:

“The Good Neighbor Agreement is a world-leading model for harmonious co-existence between mining operations and the communities in which they operate realising substantial mutual benefit without litigation or conflict.

“Given the success of the GNA in Montana, we consider that key principles of the GNA would be particularly relevant and useful in our SA operations as we attempt to rebase the trust relationship with stakeholders and build capacity to create equitable voice on issues impacting our mining communities.

“Social and economic compacts that yield sustainable inclusive growth in a stable operating context are essential to advance our purpose of improving lives through our mining.”

As mentioned, the GNA is a constantly evolving contract – one that is being updated and revised to reflect changes to both the Stillwater and East Boulder mines.

An adaptive management plan (AMP) is near completion which outlines a staged response to water quality parameters with certain criteria triggering various responses that are more stringent than required by state and federal law.

The AMP will be adjusted as conditions change, knowledge improves, regulatory criteria are modified or as targets change. Mitigation activities will be triggered even when levels of water contaminants are well below state and federal trigger limits. It provides a proactive method for catching potentially impacted areas much earlier than under state and federal law.

“A lot of working has recently gone into the tailings aspect of the business – a necessity as both mines will be expanding their tailings facilities, which according to Montana law requires extensive permitting on the back of extremely stringent environmental tailings legislation.

“Having just concluded the public comment period for one of these expansions – where only 10 comments were received in total and most of them showing positive support for the work – is indicative of how successful the GNA actually is,” McDowell states proudly.

The process to date has seen the expansion plans reviewed by an independent review panel comprising three international tailings experts and two regulatory agencies – a very large group of people that all have certain expertise.

“Our GNA consultants have been heavily involved in the process and have helped to make collaboration regarding regulatory requirements a smoother process. It will likely facilitate a faster approval process.”

The GNA also includes traffic restrictions, which are frequent subjects of conversation among the parties. In 2018, a logistics co-ordinator was hired to focus on consolidating commercial loads to reduce traffic to the Stillwater mine. Sibanye-Stillwater also installed signage near one of the

towns on the way to the mine to encourage motorists to reduce their travelling speeds. In addition, employees are encouraged to travel to the mine in buses provided by the organisation.