Implats has concluded the acquisition of 100% of the outstanding shares in Canadian PGM miner, North American Palladium (NAP).

NAP is now a wholly owned subsidiary of Implats and will operate in Canada as Impala Canada.

Impala Canada owns and operates the Lac des Iles Mine (Lac des Iles) northwest of Thunder Bay, Ontario, and has a shareholding in two exploration properties, the Sunday Lake project and the Shebandowan Joint Venture.

Ownership of Impala Canada strengthens Implats’ competitive position via the addition of Lac des Iles to its asset portfolio. Lac des Iles is on track to meet its calendar year 2019 production guidance of 220 000 to 235 000 ounces of palladium at an all-in sustaining cost of US$785 to US$815 per palladium ounce produced.

“Impala Canada will accelerate our progress against a number of key strategic imperatives and the acquisition is an important development in the evolution of the Implats Group into a sustainable PGM producer.

“Over the past three years we have developed a strong understanding of the Canadian operation and its management team and are encouraged by its focus on palladium, its reliable growth potential, its highly engaged team and the revenue-generating potential of the Lac des Iles Mine. This acquisition is a positive development for Implats and our stakeholders.”

It diversifies the group’s production base with a palladium-rich operation in an established and low-risk mining jurisdiction.

“We are proud to play a significant role within a larger, integrated global PGM producer. We are confident that Lac des Iles will continue to be one of Canada’s largest, lowest-cost and safest underground mines, producing a metal that contributes to a cleaner global environment. We look forward to benefiting from the technical, operational and financial resources of a global company as we continue to pursue our palladium production, development and exploration objectives in Canada.”

Tim Hill was formerly the CFO of NAP, and takes over the CEO role from Jim Gallagher, who is retiring after effecting the successful operational and financial turnaround at NAP.

The transaction was approved by NAP’s shareholders at a special meeting held on 4 December 2019, and by the Ontario Superior Court of Justice on 9 December 2019.

Tackling the technology of mergers and acquisitions 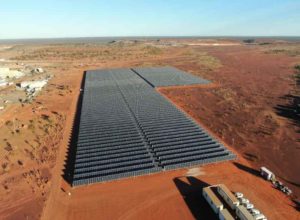