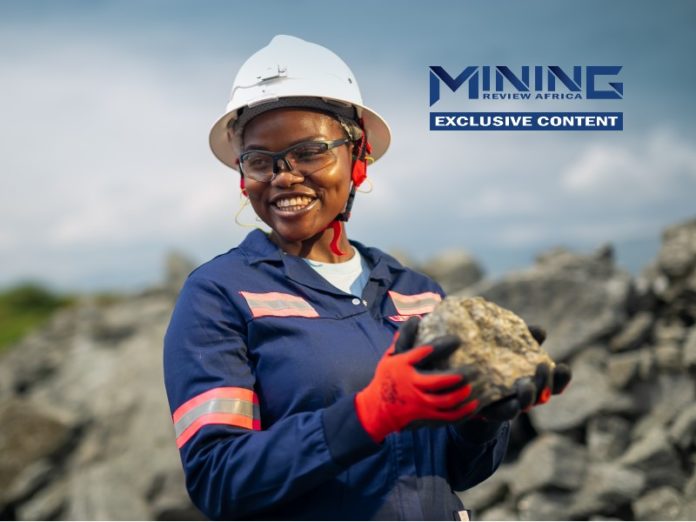 TSX-listed Ivanhoe Mines’ South African subsidiary, Ivanplats, is weighing up the merits to fast-track production at its Platreef PGM project in South Africa.

It is simultaneously also considering an alternate, expanded production scenario, after an integrated development plan released in December confirmed the potential to do so. Compiled by CHANTELLE KOTZE.

The Platreef Integrated Development Plan consists of an updated feasibility study (FS) and a preliminary economic assessment (PEA) and marks an “important step in our vision of building and operating the world’s next great precious metals mine, together with our local community and Japanese partners”, says Ivanhoe Mines co-chairperson Robert Friedland.

According to Ivanhoe Mines president and CFO Marna Cloete, the Platreef project will be the world’s lowest cash cost primary producer of platinum group metals with cash costs of US$442/oz of 3PGE plus gold produced, net of by-products and including sustaining capital.

The updated FS builds on the results of the FS announced in July 2017 and is based on an unchanged mineral reserve of 125 Mt at 4.4 g/t of 3PGEs plus gold, project designs for mining, and plant and infrastructure as in the 2017 FS – except with an increased production rate from 4 Mtpa to 4.4 Mtpa – comprising two modules of 2.2 Mtpa each.

The updated FS includes an updated production schedule based on the current project status, costs and economic assumptions, while the schedule for the FS is predicated by the sinking of the project’s second, larger shaft (Shaft 2).

While Shaft 2 is being sunk, Ivanplats will undertake underground development from Shaft 1, which will allow the mine to ramp up to its envisioned 4.4 Mtpa relatively quickly.

It is envisioned that Shaft 2 will be equipped for hoisting in 2025, allowing for first concentrate production in the latter half of the year. The initial capital cost for the Platreef 2020 FS is estimated at US$1.4 billion.

The Platreef IDP20 also includes the Platreef PEA, which is an alternate, phased development plan that fast-tracks Platreef into production for significantly lower initial capital.

The plan uses the project’s first shaft (Shaft 1) for initial hoisting and mine development, with 825 000 tpa of total rock hoisting capacity, of which 125 000 t is allocated for development rock.

The alternate plan envisions building an initial concentrator with a capacity of 770 000 tpa, and could produce first concentrate in mid-2024.

The sinking of Shaft 1, completed three months ahead of schedule in June 2020, has created the opportunity to access early, high-grade tons in this scenario.

While the 700 000 tpa initial mine is being operated using Shaft 1, there would be opportunities to refine the timing of subsequent phases of expanded production, which is driven by the sinking of Shaft 2.

Sinking of shaft 2 would recommence in 2025 and coincide with the construction of two 2.2 Mtpa concentrator modules, which would be commissioned by 2029 and 2030.

Moreover, the initial concentrator would be ramped up to its full capacity of 770 000 tpa, increasing the steady-state production to 5.2 Mtpa, with annual production of more than 600 000 oz of palladium, platinum, rhodium and gold, plus over 40 Mlb of nickel and copper, by using Shaft 2 as the primary production shaft.

Important to note is that the initial capital cost for a 700 000 tpa concentrator as envisioned in the PEA is estimated to cost $390 million – substantially lower than the updated FS, which requires the development of Shaft 2 for first production.

Detailed engineering has commenced on the mine design, 770 000 tpa concentrator and associated infrastructure for the phased development plan, which will be incorporated into an updated feasibility study, expected to be released in 2021.

The Shaft 1 changeover will take place simultaneously in preparation for permanent hoisting by early 2022. Following the completion of the changeover, off-shaft development would take place in early 2022 with the initial aim of establishing a ventilation raise from the bottom of the shaft, allowing for the development of underground infrastructure from 2023.

The budget for 2021 is $59 million, which includes US$10 million for commencement of the construction of the headframe to the collar of Shaft 2.

According to Cloete, the phased development plan would allow Ivanplats to build a smaller project for a much lower initial capital cost, allowing the company to start generating revenue while doing a proof of concept, while also maintaining optionality, as the critical path for the larger 5.2 Mtpa project is predicated on the development of Shaft 2.

“While the PEA considers the deferral of Shaft 2 sinking to 2025, shaft sinking can be started at any point in time, pending funding, which could see the shaft be in production in as early as 2025,” she notes.

“Advanced financing discussions are underway with a number of parties, for up to $400 million in funding from a combination of project finance, mezzanine debt and streaming, for the phased development plan outlined in the PEA, with the aim of concluding this in the first half of 2021. This will then underpin the funding for the larger development scenario as outlined in the FS,” adds Cloete.

Dr. Patricia Makhesha, executive vice president for sustainability and special projects at Ivanhoe Mines says that Platreef is an extremely diverse project by its nature.

The project comprises a host of international investors, relies on a broad range of stakeholders and employs a diverse range of people from the surrounding host communities; all of which are working side by side to realise the development of one of the world’s most significant future mining projects.

The start of something much bigger

According to Friedland, the Platreef Integrated Development Plan reflects the first phase of development for the Platreef mine. It is designed to establish an operating platform to support potential future expansions to 12 Mtpa and beyond, as demonstrated in previous studies, which would position Platreef among the largest platinum-group metals producing mines in the world, producing in excess of 1.1 Moz of palladium, platinum, rhodium and gold each year.

“The feasibility study demonstrates once again the incredible efficiency that can be achieved at Platreef when Shaft 2, one of the largest shafts in Africa, is completed. It confirms without a shadow of a doubt, that not only is Platreef one of the largest, richest precious metals deposits on the planet, but it also will be one of the lowest-cost operations and feature exceptional returns on capital,” Friedland adds.

“Now that Shaft 1 is complete, the phased development plan shows that there is an exciting alternate path to develop this great deposit, with much lower upfront capital requirements, to establish a strategic production foothold on the emerging Northern Limb of South Africa’s prolific Bushveld Complex. In turn, this can be leveraged to unlock Platreef’s tier one, long-life mineral potential, Fiedland adds.

Platreef’s mining, processing and deposition at a glance

Mining zones in the current Platreef mine plan occur at depths ranging from approximately 700 m – 1 200 m below surface. Once expanded mine production is achieved, primary access to the mine will be by way of a 1 104 m-deep production shaft (Shaft 2).

Secondary access to the mine will be via the 996 m-deep, ventilation shaft (Shaft 1). During mine production, both shafts also will serve as ventilation intakes. Three additional ventilation exhaust raises (ventilation raise 1, 2, and 3) are planned to achieve steady-state production.

Mining will be performed using highly-productive mechanised methods, including long-hole stoping and drift-and-fill. The production plans in both the PEA’s initial five-year drift-and-fill mining operation off of Shaft 1 and the larger FS expansion are focused on maximising higher-grade areas, which was achieved through optimisation based on stope locations, stope grades, mining method, and zone productivities. The orebody was targeted to recover approximately 125 Mt at the highest net smelter return.

The ore will be hauled from the stopes to a series of internal ore passes and fed to the bottom of Shaft 2, where it will be crushed and hoisted to surface.

Flotation is followed by a common concentrate thickening, concentrate filtration, tailings disposal and tailings-handling facility. The phased approach allows for increased processing flexibility and introduces process redundancy whilst allowing for phasing of capital and mine ramp-up.

To further evaluate optimisation opportunities and confirm additional detail design parameters, a mini pilot plant test work programme is proposed and will be undertaken as part of the project implementation phase.

With an operating life of 32 years, approximately 55.4 Mt will be stored within the dry stack TSF, with the remainder (approximately 60%) of the tailings to be used as backfill in the underground mine.

The stacked facility will comprise a starter dam constructed primarily of rock fill, engineered tailings, nominally compacted tailings, and random fill. Tailings will be delivered to the dewatering plant situated at the stacking facility using the same pumping systems from the processing plant. Dried tailings will be delivered to the stacking facility, using load and haul transportation with trucks from the dewatering plant.

According to Cloete, as a result of the new tailings deposition plan, amendments to the water use licence, waste licence and environmental impact assessment will be required. Design work on the TSF is currently underway in order to apply for the relevant amendments to the existing authorisations, she adds.