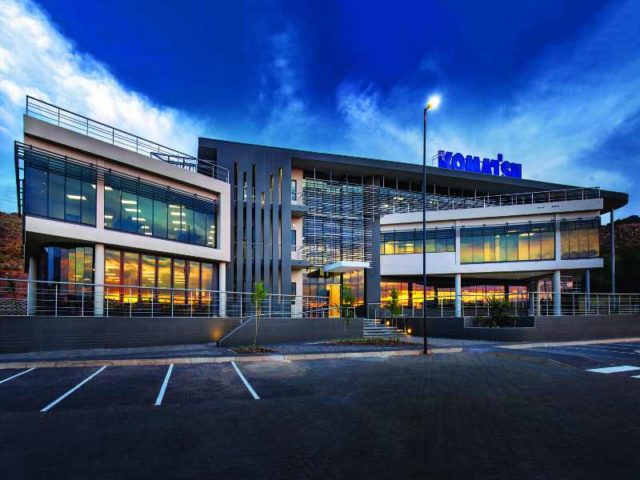 Industries worldwide are under increasing pressure to lessen their impact on the environment, probably none more so than the mining sector.

In a bid to reduce carbon emissions and economise on fossil fuels like oil, capital equipment manufacturer Komatsu has aided Anglo American Platinum with fuel reduction at its Mogalakwena mine in Limpopo.

“The system was developed by Komatsu to aid the mine with its fuel reduction initiative and is designed to optimise engine operation by reducing revolutions per minute (Rpm) to minimise overall fuel consumption.

The test period for Anglo American Platinum extended from February to September 2018 and achieved an impressive average reduction in fuel consumption rates of 13% over this period.

“Savings took into account varying factors like haul road gradients and distances,” says Mongalo, explaining that consumption rates were calculated to have shrunk from 12.3 ℓ/h to 10.7 ℓ/h per equivalent kilometre.

This was undeniably good news for the mine as it not only achieved a reduction in emissions and significant savings on diesel consumption, but will enable it to claim a notable refund against the South African Revenue Services’ Section 12L of the Energy Tax Incentive.

The incentive can be filed when a third-party company evaluates the savings achieved and submits a report submitted to the technical side of South African Revenue Service. The certificate issued can be used to obtain a tax rebate – which is 95 cents for every kilowatt saved.

Installing the fuel optimisation system is a relatively simple process, and can be carried out as a field-installed modification. It involves the fitment of a wiring harness and new software that optimises the truck’s performance.

Discussions are in fact under way concerning the installation of the system to another even larger haul truck fleet.

While the system can be retrofitted to similar products on request, it is currently restricted to electrically-powered dump trucks.