PGM miner Northam has achieved a record operating profit of R2.4 billion for the financial year ended 30 June 2019 – representing a 192.7% increase from the previous corresponding period which totalled R823 million.

The increase is underpinned by a solid operating performance at both Zondereinde and Booysendal, well contained unit cash costs and a higher basket price received. This translates to an operating profit margin of 22.6% (F2018: 10.9%).

The group achieved a record production from own operations amounting to 519 954 oz 4E (F2018: 483 941 oz 4E), representing a 7.4% increase from the previous corresponding period, with increased contributions from both Booysendal and Zondereinde.

LEARN MORE: About the latest developments at Northam

The total comprehensive income for the period was R71.4 million (F2018: loss of R705.4 million). Included in the income for the period is the impact of the black economic empowerment transaction relating to the Zambezi Platinum (RF) Limited preference shares, which are consolidated into the group results and accrued a cumulative variable dividend (accrued dividends) amounting to R1.3 billion (F2018: R1.1 billion).

This negatively impacted the consolidated group results for the period under review. Shareholders are reminded that this is a non-cash item.

These earnings, which is Northam’s main measure of performance, has been calculated taking into account the headline earnings/loss per share adjusted for non-cash items relating to the BEE transaction.

RECAP: Booysendal the winner of the PGM category in Mining Elites 2019

R2.6 billion was spent on expansionary capex and R221.8 million on sustaining capex.

The group continues to deliver on its strategy of developing low-cost, long-life assets in order to position itself at the lower end of the industry cost curve. 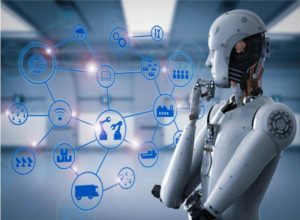