Tharisa Minerals: Vision 2020 on the cusp of realisation 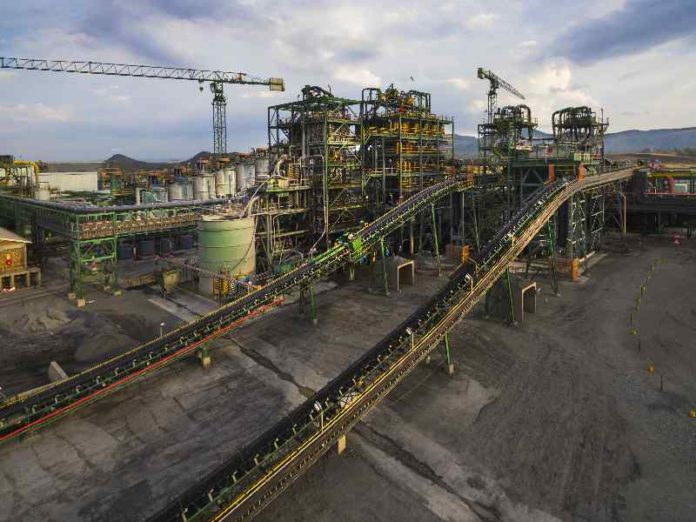 Tharisa Minerals is on the cusp of delivering its Vision 2020 strategy, which entails the delivery of a number of optimisation and growth projects. CHANTELLE KOTZE writes.

Mining is carried out across two pits containing five chromitite layers, namely MG1, MG2,MG3, MG4 and MG4A – with the PGMs concentrated in the MG2, MG3 and MG4 reefs, while MG10, MG1 and MG4A contains the chrome-rich reefs.

The PGM and chromite ore is processed via two independent processing plants that were designed specifically to treat the MG chromitite layers, which both use a similar process flow entailing crushing and grinding, primary removal of chrome concentrate from spirals.

This is followed by PGM flotation from the chrome tails and a second spiral recovery of chrome from the PGM tails.

Speciality chrome recovery circuits are integrated into the feed circuit of the Genesis plant, known as the Challenger plant, which recovers high-value foundry and chemical grade chrome concentrates.

Mining of the open pit resource is expected to continue until 2034 before a transition to underground mining commences – likely to extend operational lifespan by another 40 years.

To achieve its Vision 2020 strategy, the optimisation projects undertaken at Tharisa included a crusher upgrade at the Genesis plant commissioned in Q1, FY2019.

Meanwhile, at the Voyager plant, the addition of floatation capacity and the installation of high-energy mechanisms was aimed at improving PGM recoveries and increasing PGM production by an estimated 14 000 ozpa.

It is this approach to getting the minerals processing part of the operation functioning as best as possible that has resulted in Tharisa Minerals achieving some of the best PGM and chrome recovery rates in the industry.

As part of the growth project component within the Vision 2020 strategy, Tharisa Minerals’ research and development team developed a process to extract fine chrome from tailings.

According to Tharisa Minerals’ head of investor relations and communications, Ilja Graulich, the propriety use of existing technologies in fine chrome recovery will be undertaken at the Vulcan plant, whose primary aim will be to increase chrome recovery to 82% from the current 65% – an increase capable of adding an additional 400 000 tpa of chrome concentrate output, while also leading to an average 47% reduction in chrome tailings being sent to the tailings dam.

“The Vulcan plant will use a multi stage approach to extract the current in-line, or “fresh”, tailings, which range between 7% and 12% chrome content, from the combined feed of the Genesis and Voyager plants before it is deposited onto the tailings dump,” explains Graulich, noting that Vulcan plant aims to extract an additional 3% to 7% of extra chrome through Vulcan so that we put as little tailings onto the tailings dam as possible.

The evaluation of the propriety process included the construction of a pilot plant at the on-site laboratory at the Tharisa mine.

Subsequently, a demonstration plant, which took 18 months to fully develop, comprised of multi-stage commercial scale processing units was constructed, followed by independent process reviews after the DFS was completed, which was based on the comprehensive demonstration plant results.

The DFS results exceeded Tharisa’s hurdle rate and the company approved the required US$54.2 million investment into the new 500 tph Vulcan plant.

Construction of the Vulcan plant, which is currently underway, was approved in August 2019 with the civil works portion of the project due for completion before year end.

Orders for long lead items have also been placed and the construction schedule is on track for hot commissioning during Q4, FY2020.