Optimisation strategy pays off for Tharisa 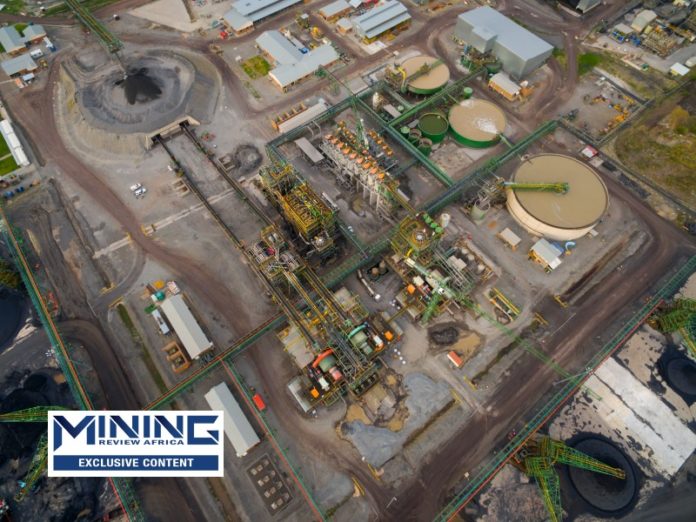 JSE-listed PGM and chrome co-producer Tharisa has not let the COVID-19 pandemic derail its target of reaching 200 000 ozpa of platinum group metals (PGMs) and 2 Mtpa of chrome concentrate in the near term, head of investor relations and communications, ILJA GRAULICH tells CHANTELLE KOTZE.

The company’s plan to increase its production formed part of its larger Vision 2020 strategy, which should have culminated in the completion of a number of optimisation and growth projects last year, but this delivery timeframe was delayed by the implementation of South Africa’s national lockdown measures, which was aimed at preventing the spread of the virus, explains Graulich.

“Despite not being able to complete the optimisation projects as part of our Vision 2020 on time, which included the optimisation of our Genesis and Voyager plans and the construction of our latest plant – Vulcan, we made significant headway at improving the operation of our Tharisa mine, which is currently operating extremely well,” says Graulich.

During Tharisa’s 2019 financial year, the company set in motion a plan to significantly reset its mining operations. This included a revised pit layout, which was re-optimised to create flexibility within the mining operation, an improvement in waste stripping to 8:1, an investment in a modern mining equipment fleet to increase its ROM tonnage, the stockpiling of some of its ROM material and the debottlenecking of the processing plants.

“The significant progress made in optimising the mining operation during the course of 2019 and 2020 has been demonstrated by the consistent performance and availability of the operation over the past several quarters,” says Graulich.

This has enabled the company to mine the required volume to meet the targeted 2 Moz of chrome concentrate from FY2022 onwards. The Vulcan plant, which will enable the company to meet this target, remains on schedule and within budget for commissioning at the end of the 2021 financial year (FY2021), which runs from 1 October 2020 to 30 September 2021.

In order to meet the 200 000 ozpa of PGM production, Tharisa will be undertaking a PGM optimisation project this year, which aims at optimising both the volume and grade being fed into the plant. Having mined the required PGM volume over the past few quarters, the task this year is optimising the PGM feed grade right by the second half of FY2021, with increased focus on mining the right reef blend and through improved crushing and blending, says Graulich.

During FY2021, the company has recorded increases in both PGM and chrome production, which provides a solid platform for Tharisa to meet its FY2021 production guidance of between 155 000 oz to 165 000 oz PGMs (6E basis) and 1.45 Mt to 1.55 Mt of chrome concentrates, says Graulich.