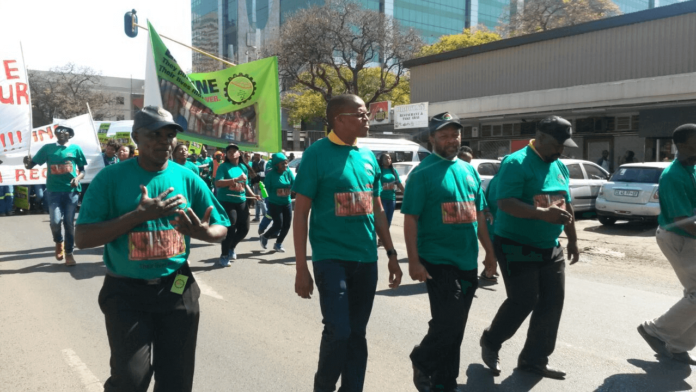 The Association of Mineworkers and Construction Union (AMCU) members marched to the Department of Minerals and Resources (DMR) in Pretoria on Thursday in protest and plea to have the trapped container at Vantage Goldfields’ Lily mine, in Barberton, urgently recovered.

AMCU president Joseph Mathunjwa and general secretary Jeff Mphahlele handed over the memorandum to the DMR on Wednesday.

“Yvonne Mnisi, Pretty Nkambule and Solomon Nyerende need to be rescued and we ask you to join us in our quest to doing so and attaining assistance from the government urgently,” says AMCU.

WE ARE MARCHING TO #DMR FOR OUR TRAPPED BROTHER & SISTERS at #LilyMine! #recoverthecontainer Their lives matter! pic.twitter.com/aLvfzp8yUh