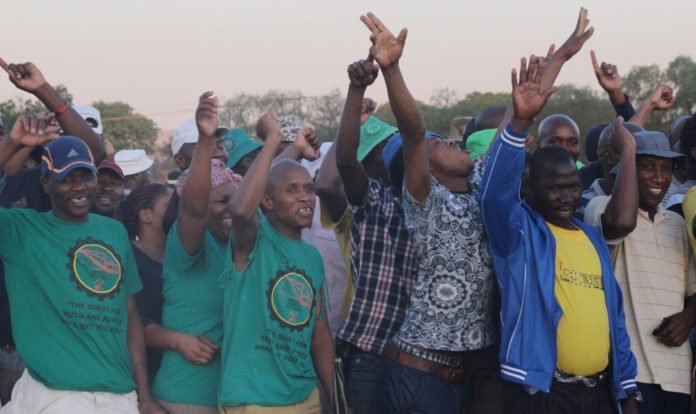 This follows a formal request to Sibanye Gold for the inclusion into the AMCU peace agreement by trade union Solidarity on Monday.

Labour union the Association of Mineworkers and Construction Union (AMCU) last week reached an agreement on behalf of its members with Sibanye Gold in terms of which employees at job levels 4 to 8 would each receive additional monthly pay of R25.

However, in a letter addressed to the management of the mine, Solidarity admonished management to extend the agreement to include skilled employees.

In terms of the agreement reached, employees at the job levels of miner, artisan and official, now also qualify for additional pay, retrospectively to July 2015.

According to Solidarity General Secretary Gideon du Plessis, this concession by Sibanye Gold’s management is a victory for collective bargaining.

“We were particularly concerned about the precedent created by the peace agreement with Amcu. However, talks between Solidarity and Sibanye Gold proves that peaceful and constructive discussions around the negotiating table, rather than violence and threats, can lead to a favourable agreement,” Du Plessis says.

Despite this achievement, Solidarity continues to appeal to all parties in the collective bargaining structures for gold to work hard at the relationship so that trust may be restored among the parties.

“The sustainability and stability of the mining industry should now take priority for everybody,” says Du Plessis.