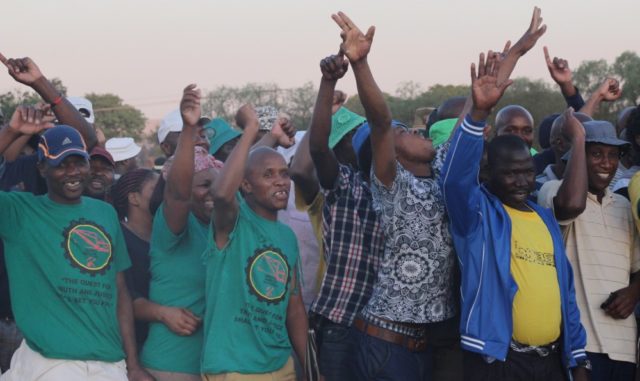 AMCU has welcomed the the South African presidency's statement that the victims of Marikana will be compensated and that guilty police officers will be charged.

“[The Association of Mining and Construction Union] welcomes the news that the government is finally recognising that the South African state has been involved in a gross violation of human rights, namely the planning and execution of the Marikana massacre where 34 mine workers were shot, killed, and 78 others wounded,” the trade union said in a statement on Tuesday.

“However, while we wait on the details before we can express a categorical view on the process to bring healing to our people, we must express our concern at the lack of consultation by the government and the Ministry of Police, firstly with AMCU, representatives of the victims’ families, the arrested, the injured and the community,” the union added.

AMCU further said that Lonmin is not being held accountable for its role in the Marikana tragedy and called for an independent commission to investigate the truth about who was really responsible for the Marikana incident.The union is of the view that the Farlam Commission’s inquiry and findings were wholly inadequate.

The union noted that such a commission should set out the processes and forms of compensation that can bring about a real and deep going process of healing to Lonmin workers, their families, the arrested, the inured, the community of Marikana and the people of South Africa.

With regard to the issued “threat” of revoking Lonmin’s licence, AMCU said it would never address the “current exploitation” faced by the working class in South Africa, and in particular at Lonmin.