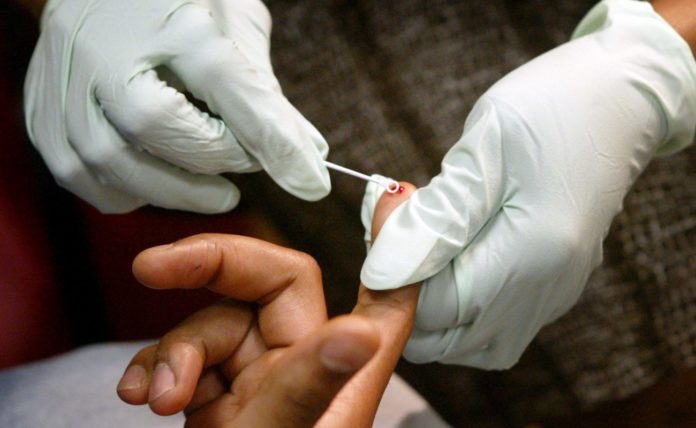 The collaboration between Anglo American and UNAIDS aims to contribute to the goal of ending HIV/AIDS by 2030, by promoting the importance of voluntary HIV testing.

This is a critical intervention that helps link care and support for those infected with HIV and broader prevention programmes.

“At Anglo American, we aim to be partners in the future with our host countries and communities, through both operating excellence and directing our efforts where they will have the most sustainable positive impact.”

“The health of our employees is of course one such area. I am proud of the results of our steadfast support of HIV/AIDS awareness, testing and treatment over 30 years,” says Cutifani.

More multi-stakeholder efforts like this campaign will help Anglo American meet the global goal of ending AIDS by 2030.

The fight against HIV/AIDS is a cause that has grown over the past two decades. Globally, health care systems have improved, and more people now have access to antiretroviral treatment.

Anglo American has been fortunate to collaborate with government and civil society organisations to implement its HIV/AIDS programmes across the world in communities where they operate over the last 30 years.

Despite these achievements and the progress made, the road to an AIDS-free generation still lies ahead of the company. This is reason why Anglo has collaborated with UNAIDS in support of their #ProTEST HIV global campaign.

“And in creating a healthier labour force by encouraging their employees to know their HIV status, prevent new HIV infections and also assist them in getting access to quality treatment and care for HIV/AIDS,” Sidibé adds.

Anglo American and UNAIDS have also launched a social media campaign prompting members of the public to spread the word about the campaign by uploading their selfie using the hashtags #ProTESTHIV and #GenEndIt  on to their social media channels.

The joint United Nations Programme on HIV and AIDS (UNAIDS) is the main advocate for accelerated, comprehensive and coordinated global action on the HIV/AIDS epidemic.

The mission of UNAIDS is to lead, strengthen and support an expanded response to HIV and AIDS that includes preventing transmission of HIV, providing care and support to those already living with the virus, reducing the vulnerability of individuals and communities to HIV and alleviating the impact of the epidemic.

UNAIDS seeks to prevent the HIV/AIDS epidemic from becoming a severe pandemic.
UNAIDS is headquartered in Geneva, Switzerland, where it shares some site facilities with the World Health Organization.